Mitochondria, the ‘batteries’ that produce our energy, interact with the cell’s nucleus in subtle ways previously unseen in humans, according to research published today in the journal Science.

The study, led by scientists at the University of Cambridge, suggests that matching mitochondrial DNA to nuclear DNA could be important when selecting potential donors for the recently-approved mitochondrial donation treatment, in order to prevent potential health problems later in life.

Almost all of the DNA that makes up the human genome – the body’s ‘blueprint’ – is contained within our cells’ nuclei. This is referred to as ‘nuclear DNA’. Among other functions, nuclear DNA codes for the characteristics that make us individual as well as for the proteins that do most of the work in our bodies.

Our cells also contain mitochondria, often referred to as the ‘batteries’ that provide the energy for our cells to function. Each of these mitochondria is coded for by a tiny amount of ‘mitochondrial DNA’. Mitochondrial DNA makes up only 0.1% of the overall human genome and is passed down exclusively from mother to child.

Until now, scientists had thought that mitochondria were readily interchangeable, serving only to power our bodies, and so an individual’s mitochondria could be replaced with those from a donor with no consequences. However, in the first major population study to use data from the UK-wide 100,000 Genomes Project and its National Institute for Health Research (NIHR)-funded pilot project, researchers compared mitochondrial and nuclear DNA from tens of thousands of people and found that mitochondria may be fine-tuned to the nucleus.

“Children inherit their DNA exclusively from their mother and we wanted to see how this explains the origins of mitochondrial diseases,” says first author Dr Wei Wei from the Medical Research Council (MRC) Mitochondrial Biology Unit and Department of Clinical Neurosciences at the University of Cambridge. “What we found was that there is some kind of selection taking place when mitochondrial DNA is transmitted down a generation, allowing some mutations to be passed on and others to be blocked.”

Genetic variants that had previously been observed around the world were more likely to be passed on than completely new ones, the team found. This implies that there is a mechanism that filters the mitochondrial DNA when it is being passed down from mother to child, influencing the likelihood that a particular variant becomes established in the human population.

DNA can give us clues to our ancestry – for example, the pattern of genetic variants in an individual’s DNA might be more common in people of European ancestry than it is in people of Asian ancestry. In most people, genetic variants in both our nuclear and mitochondrial DNA come from the same part of the world. However, in around one in 40 people in the UK sample, the mitochondrial DNA and nuclear DNA did not have matching ancestries. For example, the nuclear DNA could be European whilst the mitochondrial DNA is Asian. This happens because at some point in the maternal lineage, there was a mother from a different ethnic background.

“As mitochondrial DNA has a much higher mutation rate than nuclear DNA, mutation of the mitochondrial genome is a common occurrence. We wanted to study the natural selective forces determining the fate of these mutations,” says Dr Ernest Turro of the Department of Haematology and the MRC Biostatistics Unit, and one of the senior authors of this study.

Crucially, these results suggest that changes in our mitochondrial DNA are shaped by our nuclear DNA.

“This discovery shows us that there’s a subtle relationship between the mitochondria and nuclei in our cells that we’re only just starting to understand,” says Professor Patrick Chinnery, Head of the Department of Clinical Neurosciences at the University of Cambridge and Wellcome Trust Principal Research Fellow. “What this suggests to us is that swapping mitochondria might not be as straightforward as just changing the batteries in a device.”

The evidence mirrors that from previous studies in fruit flies and mice, where a mismatch between their mitochondrial and nuclear DNA affected how long the organisms lived for and caused cardiovascular and metabolic complications later in life (diseases in humans that might include heart disease and type 2 diabetes, for example).

The findings could have implications for mitochondrial donation treatment (also known as mitochondrial replacement therapy), says Professor Chinnery, who previously worked with the team at Newcastle University pioneering this treatment. This technique is now licenced for use in the UK to prevent the transmission from mother to child of potentially devastating mitochondrial diseases. It involves substituting a mother’s nuclear DNA into a donor egg while retaining the donor’s mitochondria.

“Mitochondrial replacement therapy is an important new treatment to enable mothers to have children free from terrible mitochondrial diseases, which arise because of severe mutations in mitochondrial DNA,” says Professor Chinnery.

“Our work suggests we’ll need to look carefully at this new treatment to make sure it does not cause unexpected health problems further down the line. It may mean that doctors will need to match the nuclear genome and mitochondrial genome of mitochondrial donors, similar to an organ transplant.”

The team has now begun work looking at those people whose mitochondrial DNA does not match their nuclear DNA to see if this mismatch increases the likelihood that they will be affected by health problems later in life.

The research is the first major population study to arise from data collected as part of the 100,000 Genomes Project, which collects genetic data from patients through the NHS with the aim of transforming the way people are cared for and providing a major new resource for medical research. Pilot data for the study was collected through the NIHR Cambridge Biomedical Research Centre.

The research was largely funded by the NIHR, Wellcome, the MRC and Genomics England. 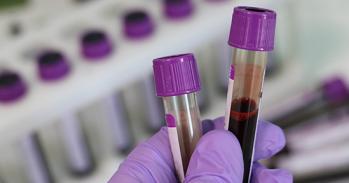