Research shows that a new Ice Age could well have been upon us in the next millennium were it not for increases in CO2 due to humans, despite the advantageous trend in solar radiation of our current age.

Our work suggests that natural insolation will not be cancelling the impacts of man-made global warming.

In terms of the ebb and flow of the Earth’s climate over the course of its history, the next Ice Age is starting to look overdue. Periods between recent Ice Ages, or ‘interglacials’, average out to be around 11 thousand years, and it’s currently been 11, 600 since the last multi-millennial winter. Although it is almost impossible to predict exactly when the next Ice Age will occur (if it will at all), it is clear that a global freeze is not on the horizon; the amount of CO2 emitted by human activity and the enhanced greenhouse effect that results all but preclude it. But what if we weren’t around and CO2 was lower?

In a paper published in Nature Geoscience this week, new research proposes that the next Ice Age would have been kick-started sometime in the next thousand years, just round the corner in the context of the Earth’s lifespan, if CO2 was sufficiently low.

By looking at the onset of abrupt flip-flops in the temperature contrast between Greenland and Antarctica (extreme climate behaviour that would have only been possible if vast and expanding ice sheets were disrupting ocean circulation), the researchers believe they have been able to identify the fingerprint of an Ice Age activation, or the ‘glacial inception’.

By applying this fingerprinting method to an interglacial period with nearly identical solar radiation, or ‘insolation’, to our own - some 780 thousand years ago - the researchers have been able to determine that glacial inception would indeed be expected to occur sometime soon.

“The mystery of the Ice Ages, which represent the dominant mode of climate change over the past few million years, is that while we can identify the various ingredients that have contributed to them, it’s the arrangement of these ingredients, and how they march to the beat of subtle changes in seasonality, that we lack an understanding of,” says Dr Luke Skinner from the Department of Earth Sciences, who helped to conduct the research with Professor David Hodell and their colleague Professor Chronis Tzedakis from University College London.

Insolation, the seasonal and latitudinal distribution of solar radiation energy, changes over tens of thousands of years due to the variations in the Earth’s orbit around the sun. It has long been apparent that insolation changes have acted as a pace-maker for the Ice Ages. But, like a metronome paces music, it sets the beat of climate change but not its every movement. The changing concentrations of greenhouse gases, CO2 in particular, are evidently what determine when a shift in insolation will trigger climate change.

“From 8,000 years ago, as human civilization flourished, CO2 reversed its initial downward trend and drifted upwards, accelerating sharply with the industrial revolution,” says Skinner. “Although the contribution of human activities to the pre-industrial drift in CO2 remains debated, our work suggests that natural insolation will not be cancelling the impacts of man-made global warming.” 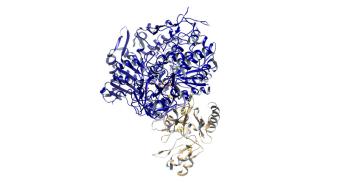 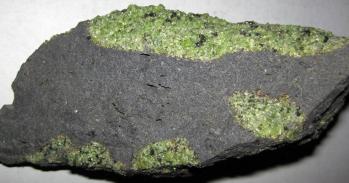 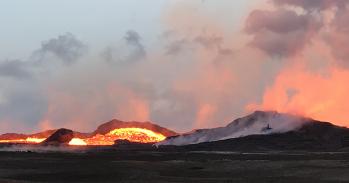 Deep into the Patagonia Glacier