Ahead of Britain’s EU referendum, research will explore the experiences of EU migrants working in the UK, and attitudes to employment and social security – for which there is little empirical evidence, despite intense political rhetoric. An initial study suggests workers from the EU are significantly under-represented in employment tribunals.

A new Cambridge University research project is gathering “robust empirical evidence” on the experience of EU migrant workers in the UK, exploring everything from hopes and expectations to how they find work and what use EU migrants make of benefits.

The research is timely, as perceptions of EU migrants undercutting British workers or acting as ‘benefits tourists’ are fuelling much of the debate in the lead-up to June’s EU Referendum.

Some MPs are warning that Britain has become a “honeypot nation” with its social security system acting as a primary pull factor, leading to David Cameron’s negotiation of a so-called ‘emergency brake’ on benefits for EU migrants.

However, critics argue that the government have been consistently unable to provide any evidence that this is the case. For example, last week’s response to a Parliamentary question on the amount spent on benefits to EU migrants was simply: “the information is not available”.

The EU Migrant Worker Project will aim to fill some of that knowledge gap. By combining interviews and focus groups with new methodologies for analysing available data, the research team hope to build an evidential base for EU migrants’ experiences of and attitudes toward Britain’s employment and social security systems.

The project, funded by the Economic and Social Research Council, is led by Professor Catherine Barnard and Dr Amy Ludlow from Cambridge’s Faculty of Law, and is launched today (Friday 26th February) with a roundtable discussion involving Labour former Home Secretary Charles Clarke and current Conservative MP Heidi Allen among others.

Professor Barnard said: “We hope to shed new light on the big question of how we adequately regulate migration within a socio-economically diverse EU and a post-financial crisis context. This question is central to Brexit and to the outcome of the UK's referendum on EU membership.”

Initial work has already been carried out, and a study published last October in the journal Industrial Law shows that EU migrants are using UK employment tribunals at much lower rates than would be expected relative to population size.

The study, the only one of its kind, is based on analysis of three years of Employment Tribunal decisions alongside field interviews. It suggests that migrant workers from EU-8 nations use employment tribunals over 85% less than would be expected, given the size of the workforce they represent.

The researchers identified various factors affecting migrants’ willingness and ability to use tribunals, including: lack of knowledge of their rights, reluctance to engage with the judicial system and, for those in the UK for a short time, a desire to maximise their earnings that is prioritised over complaints about mistreatment. 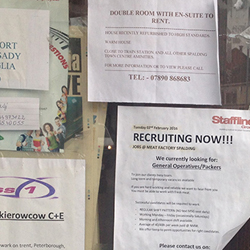 Under current EU law, EU migrants have rights to equal treatment in their terms and conditions of employment offered to domestic workers.

However, this initial study suggests that when it comes to employment conditions these may be rights that “exist more ‘on paper’ than in practice”, write the researchers.

“While we found good evidence to suggest that EU-8 workers were fairly treated by Employment Tribunal judges, navigating the system and accessing enough advice to understand the basic elements of the rights these workers are due is deeply problematic,” said Dr Ludlow.

“In interviews, we were told that largescale cuts to local authorities have had a negative impact on resources such as Citizen Advice Bureaus. These are important sources of guidance for workers who cannot afford legal advice, including workers from the EU.”

Professor Barnard said that the introduction of Employment Tribunal fees has meant that many workers are now priced out of claiming their employment rights. “If the Government is concerned about migrant workers’ undercutting employment terms and conditions and labour standards for domestic workers, our research suggests that resource needs to be directed to enabling migrant workers to enforce their rights, and to properly resourcing enforcement organisations such as the Gangmasters’ Licencing Authority.”

Unlike some other EU Member States, the UK did not impose restrictions on the admission of workers coming from the so-called EU-8 countries (such as Poland and the Czech Republic), apart from the requirement to register under the Workers’ Registration Scheme.

Over a million EU-8 workers, taking advantage of their free movement rights under Article 45 of the Treaty on the Functioning of the European Union (TFEU), have arrived in the UK since 2004. They enjoy rights to equal treatment in any social and tax advantages offered to domestic workers – including the payment of child benefit and ‘in-work benefits’ such as tax credits.

Barnard and Ludlow plan to use the research design from their employment enforcement study and apply it to social security tribunals, to help give some sense of the number of EU migrants who claim benefits and the nature of the cases in which they are involved. They will also interview EU migrants and those that work closely with them, to explore migrants’ hopes, expectations and experiences.

Early interviews have highlighted the importance of online grass roots communities such as Facebook groups for migrant workers seeking advice, and that stopping child benefit for EU migrants may result in fewer family units making the transition to the UK, and an increase in younger, unattached men working in the UK, who are likely to integrate less permanently within their host community.

While some interviewees are preparing to leave Britain, citing a better quality of life in their home nation (“I'm not interested in staying in the UK just because it's possible”), the researchers also found migrant success stories.

One interviewee spoke of her determination to work in nursing: “I didn’t come to the UK just to work in any kind of job. Either I’m working my way towards nursing or, if that’s not possible, I’m going back.” After struggling through bar work and learning medical English on her days off, the woman is now a nurse in a local hospital.

“Many of the EU migrants we’ve talked to so far don’t understand our complex social security system; their only interest is in finding work,” said Dr Ludlow.

As well as one-to-one interviews and focus groups, the researchers will be making a documentary and providing migrant workers with disposable cameras. “It’s another way of trying to capture the migrant experience that offers an alternative insight to words on paper,” said Professor Barnard.

The project is a two-way process, she says, with minute-long podcasts summarizing relevant aspects of the law, which will be available on EU Migrant Worker Project later this month.

“What we can offer the migrant community in return is quite detailed knowledge of the law and their rights and how to enforce those rights, both to claim employment rights but also social security benefits.” 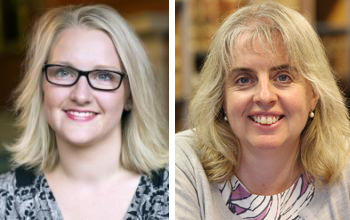 Added Dr Ludlow: “Accusations that the UK has become a ‘honeypot nation’ has become a key issue in the debate about the UK’s membership of the EU.

“By gathering empirical evidence about EU migrants' experiences of navigating the labour market and social security system in the UK, we hope to increase our understanding of EU and domestic law as it works in practice and to inform public opinion in anticipation of the referendum on 23 June and beyond.”