Nations the world over are guilty of “policy inertia” when it comes to supporting young people who lost work or will struggle to enter the labour market as a result of the pandemic, according to new University of Cambridge research.

Experts argue that many countries simply “repackaged” existing – and often already failing – policies without the necessary funding or retooling to benefit under 24-year-olds: the global demographic hit hardest by the economic consequences of COVID-19.

In the report commissioned by the UN’s International Labour Organization, the Cambridge team calls on countries to go beyond employment policies that “yo-yo” with each virus surge, and implement longer-term interventions aimed squarely at the young.

The report suggests that, since the pandemic began, more than one in six young people globally were made redundant, with severe impacts on their mental health and wellbeing.

It is estimated that over 40% of all young people with a job pre-pandemic – some 178 million young workers – worked in the most affected sectors: tourism, services and retail. Tourism alone saw financial losses eleven times greater than the 2008 financial crash.

Global youth employment fell by more than double the rate of older adults in 2020 (8.7% compared to 3.7%), with loss of work particularly concentrated among young women in middle-income countries. Global female employment rates fell by 5% over the last year, compared to 3.9% for men.

In the 132 countries that adopted 580 fiscal and economic measures to support businesses during the Covid crisis, only 12% aimed to improve women’s economic security by ensuring that female-dominated sectors received financial support – mainly in Latin America, the Caribbean and sub-Saharan Africa.

In some lower-income countries, there are reports of more young women turning to sex work as a result, contributing to rising HIV cases as well as unintended pregnancies.

Even among high-income nations, the impact on young people’s livelihoods has varied dramatically. For example, between February and April 2020 – as the virus took hold – there was an 11.7 percentage point reduction in labour participation among Canada’s young people, a 7.5 point drop in the US, but just a 1.9 point drop in South Korea.

Many of those lucky enough to hold onto work saw their incomes fall substantially. By May last year, young people around the world still in work had almost a quarter of their hours cut on average (23%).

“These include less work experience and financial capital, weaker social networks, and higher levels of in-work poverty. They are also much more likely to have to make ends meet via informal cash-in-hand work.

“Recent school leavers are often ineligible for unemployment benefits or furlough schemes. This left many young people falling through the cracks of policy interventions,” said Coutts.

Co-author Dr Garima Sahai from Cambridge's Department of Geography said: "Young women have been especially hit by the pandemic who have experienced higher job losses, increased unpaid care work, the shadow pandemic of gender-based violence to name only a few effects.”

Researchers argue that “generation lockdown” could face protracted periods of unemployment, making it hard to re-enter the labour market, and get overtaken by “younger and better qualified cohorts”.

“Young people have been forced to remain at home, stuck with their parents, cut off from friends and partners,” said University of Cambridge co-author Dr Anna Barford. “Anxiety, stress and depression skyrocketed among young people around the world.”

“For those without ready access to internet connections or laptops, finishing school or hunting for work has been almost impossible at times,” she said.

“Repeated outbreaks in areas from Europe to sub-Saharan Africa and Latin America will deplete household savings, shrink opportunities and diminish the aspirations of generation lockdown.”

The report highlights that fact that young people migrate to find work and their place in the world. The pandemic shut down long-established migratory patterns: from young Guatemalans heading north to Mexico, to young Zimbabweans moving to South Africa. Young immigrants were also much more likely to lose work as average incomes fell.

Some governments offered lifelines directly to sectors that prop up the youth labour market, such as India’s emergency loan support, which focused on the wholesale and retail trade, manufacturing, rental and business services (with some 100 million young people in the Asia and Pacific region estimated to be employed in these sectors).

However, the researchers say that only a few nations deployed policy responses tailored to the specific needs of young people affected by the economic fallout of COVID-19.

These included South Korea’s one-off cash transfers to young jobseekers and government-backed paid apprenticeships in Malaysia, while the EU reinforced its “Youth guarantee” scheme: with member states aiming to provide everyone under the age of 30 with education, traineeship or a job within four months of becoming unemployed.

The researchers argue that, without “youth-sensitive” employment policies, intergenerational inequalities will be further exacerbated during the pandemic recovery period.

One example highlighted by the report's authors is the Indonesian ‘pre-employment card’, the Kartu Pre-Kerja, with $1.3bn allocated to fund skills training for two million young workers. By contrast, Mexico reduced its ALMPs spending to move funding to other parts of the pandemic response.

“Holistic policy responses require health and non-health government departments and ministries to work together more effectively,” said Coutts. “The pandemic forced them to work together. These new networks and cross-departmental links need to be maintained.”

“Coordination should extend outside government to NGOs, trade unions, employer organisations, policy makers and young people themselves, in order to design better quality and more effective post-pandemic support for young people who have faced 18 months of social and economic chaos,” he added. 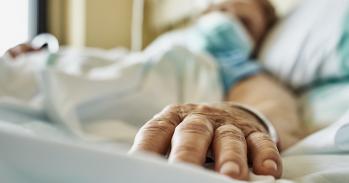 A young casual worker in Zimbabwe during the pandemic