Family bonds: how does surrogacy impact on relationships?

Preliminary results from a pioneering study at Cambridge University paint a positive picture of the relationships formed between surrogates and the families they help to create.

Our research shows that, in the majority of cases, relationships formed as a result of surrogacy are valued and enjoyed by surrogates and sustained over time.

When a woman becomes a surrogate to enable others to have a baby, new relationships are formed. Research carried out by the Centre of Family Research, University of Cambridge, suggests that many of these relationships flourish.  The research will be presented today at the European Society of Human Reproduction and Embryology (ESHRE) conference in London.

Surrogacy, the process whereby a woman carries and gives birth to a baby for an infertile couple, has become a more widely-accepted way of building a family, helped in part by media coverage of its use by high-profile celebrities. Commercially arranged surrogacy is illegal in the UK and many surrogates, most of whom have children of their own, are motivated by the desire to help others have a family.

To date there has been limited research into the long-term impact of surrogacy on the adults and children involved in the process, but now a study at the Centre for Family Research is looking at whether, and how, surrogacy affects family relationships.

Today Dr Vasanti Jadva and PhD candidate Susan Imrie of the Centre for Family Research will present findings from a two-year ESRC-funded research project which looks at the experiences of surrogacy from a range of perspectives including that of the partners and children of surrogates as well as surrogates themselves.

The research is based on in-depth interviews with 34 surrogates, 36 children of surrogates and 11 partners of surrogates. Twenty of the surrogates had been interviewed by Dr Jadva more than ten years ago in a previous project which looked at the psychological wellbeing and experiences of surrogates one year after the birth of the surrogacy child.  The participation of these women allowed the researchers to track relationships over time, adding a valuable dimension to the study.

The findings paint a largely positive picture of the relationships between the surrogate and her own family, and between these individuals and the families created through surrogacy.

Most of the surrogates’ own children (86 per cent) had a positive view of their mothers’ involvement in surrogacy. Almost half (47 per cent) were in contact with the surrogacy child all of whom reported a good relationship with him or her. A significant number of surrogates’ children referred to the child as a sibling or a half sibling.

Interestingly, the type of surrogacy did not affect how the surrogacy child was viewed by the surrogates’ own children and did not appear to have a bearing on whether the experience was seen as positive or negative by those involved.

Surrogacy offers a means of having children to a growing number of couples experiencing fertility problems or unable to conceive.  The practice is legal in the UK on an altruistic and non-commercial basis, and surrogacy arrangements are non-enforceable in law.  The surrogate is the legal mother of the child until legal parentage is transferred to the intended parents through a Parental Order which can be applied for between six weeks and six months after the birth.  Since 2010 it has been possible for same-sex couples in the UK to use surrogacy as a means of parenthood. Although no accurate figures are available on the number of surrogacies carried out in the UK, it is estimated that numbers are increasing.

For more information about this story contact Alex Buxton, Office of Communications, University of Cambridge, amb206@admin.cam.ac.uk 01223 761673. 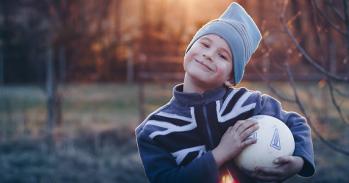