Core values set new date for birth of the Earth

The Earth could be up to 70 million years younger than scientists previously thought, a study has found.

The whole issue hinges on working out how long it took for the core of the Earth to form, which is one of the big unknowns in this area of science.

An international team of researchers used geochemical information taken from the Earth's mantle, and compared it with similar data from meteorites to create a new set of models showing how the planet might have been born.

The results suggest that the length of time between the date at which the solar system was formed, about 4.567 billion years ago, and the point at which the Earth reached its present size, may have been far longer than traditionally presumed.

Scientists have typically suggested that the Earth's development - a process known as "accretion" - happened over the course of 30 million years.

Writing in the journal Nature Geoscience, however, the researchers argue that while the Earth probably grew to 60% of its size relatively quickly, the process may well have then slowed, taking about 100 million years in all.

"The whole issue hinges on working out how long it took for the core of the Earth to form, which is one of the big unknowns in this area of science," co-author Dr. John Rudge, from the University of Cambridge, said.

"One of the problems has been that scientists usually presume Earth's accretion happened at an exponentially decreasing rate. We believe that the process may not have been that simple and that it could well have been a much more staggered, stop-start affair."

The accretion of the Earth involved a series of collisions between dozens of smaller planetary bodies, referred to as "planetary embryos". Parts of these proto-planets blended together as they collided, and the intense heat of impact caused their interiors to melt. Over time, this led to the formation of a molten metal core at the heart of the Earth, with a silicate mantle overlying it.

Many scientists believe that the final part of the process happened when a body roughly the size of Mars collided with the Earth and caused part of the planet to break off, forming the Moon.

While they are broadly in agreement about the style of accretion, working out how long accretion took and thus how old the Earth really is has proven much more difficult.

The research team behind the new study used information taken from isotopes of elements which would have undergone a process of radioactive decay while accretion was happening, to create a set of mathematical models revealing the different ways in which accretion might have occurred.

This hinges on the principle that some elements are naturally attracted, or have an "affinity" for, the silicate mantle of the Earth, while others are drawn to the metal at the centre.

Traces of 182-tungsten can now be found within the mantle of the Earth, and some of this appeared after the formation of the core ceased as a result of the decay of 182-hafnium.

These geochemical signatures can be compared with what are called "chondritic" meteorites: primitive meteorites that have fallen to Earth in modern times, but have never undergone any sort of metal segregation.

Differences in the isotopic values of Earth tungsten and that taken from chondritic meteorites can provide some sense of how long accretion took, because we already know how long it takes for tungsten to go through each stage of decay.

These periods, known as "half lives", are millions of years long, which makes the calculation far from precise. Typically, however, scientists have used the hafnium-tungsten radioactive clock to estimate that accretion took 30 million years, presuming that the process of accretion was relatively steady.

In the new study, the researchers combined this data with a similar set of readings for uranium-lead decay, which also happened during accretion. The half-life readings for lead are much longer, but when they were put together with the tungsten measurements, overlaps could be determined.

Dr. Rudge modelled every single way in which the Earth could have undergone a process of accretion while matching the hafnium-tungsten and uranium-lead observations. Critically, the team never presumed that accretion happened at any particular rate.

While a wide variety of options emerged, the modelling process showed that the Earth almost certainly could not have formed within 30 million years. Instead, the results suggested that the planet initially grew very quickly, reaching two-thirds of its size within about 10 to 40 million years. Accretion then slowed down, however, and took perhaps another 70 million years to complete.

"If correct, that would mean the Earth was about 100 million years in the making altogether," Dr. Rudge said. "We estimate that makes it about 4.467 billion years old - a mere youngster compared with the 4.537 billion-year-old planet we had previously imagined." 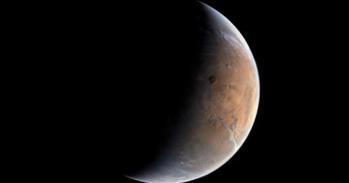 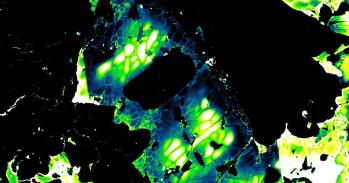