A wave of children’s fiction which tackles subjects such as suicide terrorism, militant jihadism and counter-terror violence is helping young readers to rethink and resist extremism and Islamophobia, new research suggests.

It’s writing as activism, and it invites an activist response

The study, by Dr Blanka Grzegorczyk at the University of Cambridge, charts the emergence over almost two decades since 9/11 of a distinctive sub-genre in British children’s literature, focusing on themes of terrorism and counter-terror. Many of its authors, she argues, are “writing, rather than fighting, back”: against the simplistic and frequently racist terms in which extremism, immigration and Islam are often framed by politicians and the media.

This writing includes the novels of established and emerging writers such as Malorie Blackman, Muhammad Khan, and Anna Perera. The books themselves often confront young readers with depictions of violence, perpetrated both by terrorists and the state, and feature young protagonists who are variously victims, witnesses or participants in wars linked to terror.

Grzegorczyk, a lecturer and researcher at the Faculty of Education, University of Cambridge, argues that these books are encouraging a generation of young people who will become adults in the 2020s to challenge the cultural paranoia of the post-9/11 Britain in which they have grown up.

“One achievement of these authors has been to create a safe space for children to get past the kind of thinking, popularised by successive governments, that the natural consequence of terrorism is constantly having to be vigilant to and to fear the enemy ‘other’ against whom the state is therefore justified to mobilise,” Grzegorczyk said.

“These are books that often expose the inequalities and prejudices that lie behind that. They invite the post-terror generation to think about what needs to change and why, and how to resist the racism and Islamophobia that have been rampant in British society since before they were born. It’s writing as activism, and it invites an activist response.”

Other research has documented how the wars on terror, as well as more recent atrocities such as the Manchester Arena bombing, have preyed on the minds of a generation of young people now on the verge of adulthood. A study in 2018 by the research company Childwise, for example, found that one in three children aged nine to 16 worried about war, terrorism and global conflict more than anything else.

Grzegorczyk’s book, Terror and Counter-Terror in Contemporary Children’s Literature is the first study which examines the impact of a deliberate effort by children’s publishers following 9/11 and 7/7 to commission novels dealing with those themes.

It analyses dozens of titles: among them Anna Perera’s Guantanamo Boy, about an ordinary boy from Rochdale who is torn from his family and incarcerated without charge; and An Act Of Love by Alan Gibbons, which follows the divergent paths of two childhood friends into the British Army and terrorism.

Many books also explore the overlap between extremism, discriminatory profiling, and gender and social inequality. They include Muhammad Khan’s I Am Thunder, about a British Asian girl whose sense of marginalisation leaves her vulnerable to radicalisation; Nikesh Shukla’s Run, Riot, about a group of teenagers who are pursued by the police after one of them films the politically-sanctioned murder of an ethnic minority youth; and Rachel Anderson’s Asylum: a 2011 novel which prefigures the Grenfell tragedy with its depiction of a condemned London tower block crowded with asylum seekers, migrants and poor families.

Grzegorczyk’s analysis found that a recurrent theme of this literature is that it presents violence as the ‘common language’ of terrorists and governments. The novels often feature young protagonists who must form alliances across racial, cultural, religious or national divides to confront the limits of such vocabulary and give expression to a common humanity.

She argues that this encourages readers not only to imagine a future based on shared values, but to think critically about the forces that have shaped the violence, fear and suspicion endemic in British society post-9/11 and 7/7.

The survey also argues that this politically engaged and charged wave of literature – through its vivid depictions of aggression, retaliation and prejudice – has offered a generation of young readers who have endured the ‘slow terror’ of constant exposure to atrocities in the media a way to handle that creeping trauma while  empathising with those who have experienced it directly.

As a result, Grzegorczyk says, the novels frequently underscore the inequalities between wealthy, privileged, white young Britons – who typically only witness violence and prejudice through the media – and those from other communities and ethnicities, in Britain and elsewhere, for whom it is ever-present.

In addition, she suggests, such writing may add fresh momentum and inspiration to a new wave of youth activism, seen in movements such as Fridays For Future, American youth campaigns against gun violence, and Black Lives Matter – which involve similar expressions of cross-cultural solidarity as those found in the novels themselves.

“At one level this fiction is writing, rather than fighting, back against a resurgence of racist and anti-immigrant sentiment in British culture in the context of terrorism,” Grzegorczyk added.

“But it also positions young people as the agents of that resistance, and energises readers to take action. At a time when we are seeing a young generation speaking up, these books are pointing them towards a new kind of connectedness across cultures that moves us on from previous generations’ fixation with ‘us against them’.”

Terror and Counter-Terror in Contemporary Children’s Literature is published by Routledge. 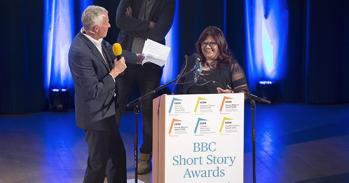 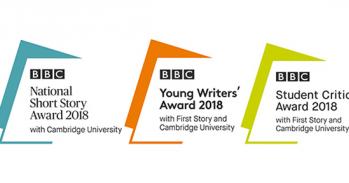