Cambridge academics elected as Fellows of the Royal Society

Nine of the 44 new Royal Society Fellows announced today are Cambridge academics. Their election to the Fellowship of the Royal Society recognises their exceptional contributions to society. As Fellows of the UK's national academy of science, these leaders in the fields of science, engineering and medicine join other famous Cambridge names such as Isaac Newton, Charles Darwin and Stephen Hawking.

The new Fellows, elected for their scientific excellence, are:

Professor Ross Anderson is the Professor of Security Engineering at the Computer Laboratory. Professor Anderson is a pioneer and world leader in security engineering, and is distinguished for starting a number of new areas of research in hardware, software and systems. His early work on how systems fail established a base of empirical evidence for building threat models for a wide range of applications from banking to healthcare. He has made trailblazing contributions that helped establish a number of new research topics, including security usability, hardware tamper-resistance, information hiding, and the analysis of application programming interfaces. He is also one of the founders of the study of information security economics, which not only illuminates where the most effective attacks and defences may be found, but is also of fundamental importance to making policy for the information society.

Professor Jennifer Clack is Professor and Curator of Vertebrate Palaeontology in the Museum of Zoology. Professor Clack is a palaeontologist whose work has fundamentally changed our understanding of the origin and early evolution of tetrapods, rewriting the textbooks and revitalising the subject area. Ranging from geology through phylogenetics, anatomy and development to neuroscience, her publications document the transition from fish to tetrapods. She led the field in showing that the earliest tetrapods were aquatic and polydactylous, in describing some of the earliest terrestrial tetrapods and in tracing the subsequent evolution of skeletal and sensory systems. Her work has stimulated worldwide interest and a renaissance of collecting and research related to the fish/tetrapod transition. In 2007, Professor Clack's work was recognised by the award of the Daniel Giraud Elliot medal of the US National Academy of Sciences

Professor David Glover is the Arthur Balfour Professor of Genetics in the Department of Genetics and a Fellow of Fitzwilliam College. Professor Glover is principally known for his work in the control of the cell cycle in Drosophila. Amongst the many genes discovered by his lab are those encoding the Polo and Aurora protein kinases that are required for progression through mitosis. Glover has documented the multiple roles played by these enzymes in mitosis and cytokinesis and has helped to develop small molecule inhibitors that may prove useful for cancer therapy, since these proteins are overexpressed in certain tumours. As a postdoctoral fellow in Stanford, Glover was one of the pioneers of cloning eukaryotic DNA in bacterial vectors, and discovered the presence of introns in the ribosomal RNA genes of Drosophila.

Professor Christine Holt, a Fellow of Gonville and Caius College, is Professor of Developmental Neuroscience in the Department of Physiology, Development and Neuroscience. Professor Holt is distinguished for her fundamental studies of axon guidance and topographic mapping in the visual system. She initiated the analysis of guidance and mapping in living embryos. She demonstrated the accurate targeting of the earliest retinal axons, and pioneered the dynamic imaging of axons and growth cones. She revealed the molecular basis of pathway choice at the chiasm, demonstrated the context dependent response of growth cones to guidance molecules and showed that local protein synthesis and degradation are essential to growth cone steering. She has identified the molecular basis for the dorso-ventral axis of Sperry's retinotectal map.

Professor David Mackay, a Fellow of Darwin College, is Professor of Natural Philosophy in the Department of Physics. Professor MacKay introduced more efficient types of error-correcting code that are now used in satellite communications, digital broadcasting and magnetic recording. He advanced the field of Machine Learning by providing a sound Bayesian foundation for artificial neural networks. Using this foundation, he significantly improved their performance, allowing them to be used for designing new types of steel that are now used in power stations. He used his expertise in information theory to design a widely-used interface called "dasher" that allows disabled people to write efficiently using a single finger or head-mounted pointer. He is the author of the critically acclaimed book, "Sustainable Energy - without the hot air", which sets out the various low-carbon energy options open to us.

Professor Wolfram Schultz, a Fellow of Churchill College, is Professor of Neuroscience in the Department of Physiology, Development and Neuroscience and Wellcome Trust Principal Research Fellow. He has been the most influential electrophysiologist working in the area of the reward and reinforcement in the last decade. He discovered that dopamine activity, rather than being directly related to movement, is driven by rewards and reward predicting stimuli. Moreover, he has established that the profile of activity in a variety of behavioural paradigms demonstrates that the dopamine neurons encode not simply the occurrence of the reward but rather the prediction error generated by the reward. This important finding has had a major impact on contemporary theories of learning and reinforcement. His more recent work suggests that dopamine activity may also encode an aggregate signal of reward magnitude and probability, thereby providing a critical input into economic decision processes.

Professor Henning Sirringhaus, a Fellow of Churchill College, is the Hitachi Professor of Electron Device Physics in the Department of Physics. Henning Sirringhaus is distinguished for his work on semiconductor device physics and engineering. Early in his career, at the ETH Zurich, he pioneered the technique of ballistic electron emission microscopy. At Cambridge he has transformed the field of organic semiconductor transistors from curiosity to fully manufacturable technology through both fundamental science and engineering. His insights into the polaronic nature of electron states in these materials and the control of interfacial structure made possible large increases in field-effect carrier mobility. His work on novel processing methods, including ink-jet printing, has made possible new manufacturing methods. A recent highlight is his realisation of a light-emitting field-effect transistor.

Professor John Todd, a Fellow of Gonville and Caius, is Professor of Medical Genetics at Cambridge University and Director of the Juvenile Diabetes Research Foundation/Wellcome Trust Diabetes and Inflammation Laboratory in the Cambridge Institute for Medical Research. Todd is distinguished for his research on the genetics of common complex disease. In work spanning 20 years, he has pioneered theoretical and experimental approaches that have allowed him to resolve many aspects of the inheritance of type 1 diabetes. His elucidation of the molecular basis of the major gene effect in type 1 diabetes, together with his results from genome-wide analyses, have recently culminated in his successful dissection of the genetic architecture of type 1 diabetes, revealing a multiplicity of susceptibility genes converging on an aetiology of common, quantitative alterations in immune regulation.

Professor Burt Totaro is Lowndean Professor of Astronomy and Geometry in the Department of Pure Mathematics and Mathematical Statistics. The central part of Burt Totaro's work has been devoted to the interaction between two of the major areas of pure mathematics, topology and algebraic geometry. Inspired by the Hodge conjecture, Totaro has worked to unc

over the fundamental topological structure of algebraic geometry. Each step has made possible the solution of a well-known problem in algebraic geometry and demonstrated that progress towards the Hodge conjecture will come through topology. Totaro's work has influenced a large group of algebraic geometers to use deeper topological methods in their work. His ideas have also had unexpected payoffs in a wide variety of other mathematical fields, including representation theory, Lie groups and group cohomology.

Set up for life 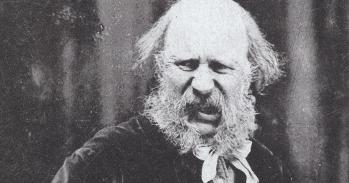 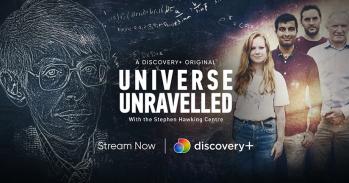