Researchers have developed a three-dimensional ‘organ on a chip’ which enables real-time continuous monitoring of cells, and could be used to develop new treatments for disease while reducing the number of animals used in research.

The device, which incorporates cells inside a 3D transistor made from a soft sponge-like material inspired by native tissue structure, gives scientists the ability to study cells and tissues in new ways. By enabling cells to grow in three dimensions, the device more accurately mimics the way that cells grow in the body.

The researchers, led by the University of Cambridge, say their device could be modified to generate multiple types of organs - a liver on a chip or a heart on a chip, for example – ultimately leading to a body on a chip which would simulate how various treatments affect the body as whole. Their results are reported in the journal Science Advances.

Traditionally, biological studies were (and still are) done in petri dishes, where specific types of cells are grown on a flat surface. While many of the medical advances made since the 1950s, including the polio vaccine, have originated in petri dishes, these two-dimensional environments do not accurately represent the native three-dimensional environments of human cells, and can, in fact, lead to misleading information and failures of drugs in clinical trials.

“Three-dimensional cell cultures can help us identify new treatments and know which ones to avoid if we can accurately monitor them,” said Dr Charalampos Pitsalidis, a postdoctoral researcher in the Department of Chemical Engineering & Biotechnology, and the study’s first author.

Now, 3D cell and tissue cultures are an emerging field of biomedical research, enabling scientists to study the physiology of human organs and tissues in ways that have not been possible before. However, while these 3D cultures can be generated, technology that accurately assesses their functionality in real time has not been well-developed.

“The majority of the cells in our body communicate with each other by electrical signals, so in order to monitor cell cultures in the lab, we need to attach electrodes to them,” said Dr Owens. “However, electrodes are pretty clunky and difficult to attach to cell cultures, so we decided to turn the whole thing on its head and put the cells inside the electrode.”

The device which Dr Owens and her colleagues developed is based on a ‘scaffold’ of a conducting polymer sponge, configured into an electrochemical transistor. The cells are grown within the scaffold and the entire device is then placed inside a plastic tube through which the necessary nutrients for the cells can flow. The use of the soft, sponge electrode instead of a traditional rigid metal electrode provides a more natural environment for cells and is key to the success of organ on chip technology in predicting the response of an organ to different stimuli.

Other organ on a chip devices need to be completely taken apart in order to monitor the function of the cells, but since the Cambridge-led design allows for real-time continuous monitoring, it is possible to carry out longer-term experiments on the effects of various diseases and potential treatments.

“With this system, we can monitor the growth of the tissue, and its health in response to external drugs or toxins,” said Pitsalidis. “Apart from toxicology testing, we can also induce a particular disease in the tissue, and study the key mechanisms involved in that disease or discover the right treatments.”

The researchers plan to use their device to develop a ‘gut on a chip’ and attach it to a ‘brain on a chip’ in order to study the relationship between the gut microbiome and brain function as part of the IMBIBE project, funded by the European Research Council.

The researchers have filed a patent for the device in France.

Dr Charalampos Pitsalidis is a postdoctoral researcher in the Department of Chemical Engineering & Biotechnology, where he develops prototypes of miniaturised platforms that can be integrated with advanced cell cultures for drug screening. A physicist with materials science background, he collaborates with biologists and chemists, in the UK and around the world, in order to develop and test drug screening platforms to help reduce the number of animals used in research.

“Animal studies remain the major means of drug screening in the later stages of drug development however they are increasingly questioned due to ethics, cost and relevance concerns. The reduction of animals in research is what motivates my work.

“I hope that one day I will have managed to make a small contribution in accelerating the drug discovery pipeline and towards the replacement reduction and refinement of animal research,” he said. “I believe that in 2018, we have everything in our hands, huge technological advancements, and all we need is to develop better and more predictive tools for assessing various therapies. It is not impossible; it just requires a systematic and highly collaborative approach across multiple disciplines.”

He calls Cambridge a truly inspiring place to work. “The state-of-the-art facilities and world-class infrastructure with cutting-edge equipment allow us to conduct high-quality research,” he said. “On top of that, the highly collaborative environment among the various groups and the various departments support multidisciplinary research endeavours and well-balanced research. The strong university and entrepreneurial ecosystem in both high tech and biological science makes Cambridge an ideal place for innovative research in my field.” 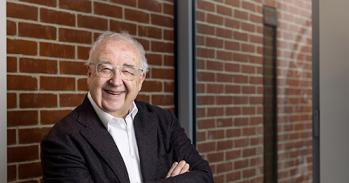