How to read a digital footprint

Researchers are using social media data to build a picture of the personalities of millions, changing core ideas of how psychological profiling works. They say it could revolutionise employment and commerce, but the work must be done transparently.

Your searches and statuses are all reflections of questions, experiences and emotions you have: all psychometric data. It’s the basis for a future where computers can truly interact with human beings

In 2007, Dr David Stillwell built an application for an online networking site that was starting to explode: Facebook. His app, myPersonality, allowed users to complete a range of psychometric tests, get feedback on their scores and share it with friends. It went viral.

By 2012, more than six million people had completed the test, with many users allowing researchers access to their profile data. This huge database of psychological scores and social media information, including status updates, friendship networks and ‘Likes’, is the largest of its kind in existence. It contains the moods, musings and characteristics of millions – a holy grail of psychological data unthinkable until a few years ago.

Stillwell and colleagues at Cambridge’s Psychometrics Centre provided open access to the database for other academics. Academic researchers from over 100 institutions globally now use it, producing 39 journal articles since 2011.

Meanwhile, the Cambridge Psychometrics team devised their own complex algorithms to read patterns in the data. Resulting publications caused media scrums, with a paper published in early 2015 generating nervous headlines around the world about computers knowing your personality better than your parents.

But how surprising is this really, given the amount we casually share about ourselves online every day? And not just through social media, but also through web browsing, internet purchases, and so on. Every interaction creates a trace, which all add up to a ‘digital footprint’ of who we are, what we do and how we feel.

We know that, behind closed doors, corporations and governments use this data to ‘target’ us – our online actions mark us out as future customers, or even possible terrorists – and, for many, this reduction in privacy is a disturbing fact of 21st-century life.

The Cambridge researchers believe that the new era of psychological ‘big data’ can be used to improve commercial and government services as well as furthering scientific research, but openness is essential.

“If you ask a company to make their data available for research, usually it will go to some corporate responsibility office which deems it too risky – there’s nothing in it for them. Whereas if you tell them you can improve their business, but as part of that they make some data available to the research community, you find a lot more open doors,” says Stillwell, who co-directs the Centre. 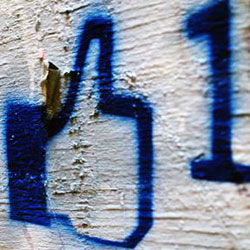 Around half of the Centre’s current work involves commercial companies, who come to them for “statistical expertise combined with psychological understanding” – often in an attempt to improve online marketing, an area still in its infancy.

The team has recently launched an interface called Apply Magic Sauce, based on the myPersonality results, which can be used as a marketing and research tool that turns digital ‘footprints’ into psycho-demographic profiles.

“If you use the internet you will be targeted by advertisers, but at the moment that targeting happens in the shadows and isn’t particularly accurate,” says Vesselin Popov, the Centre’s development strategist.

“We all have to suffer advertising, so perhaps it’s better to be recommended products that we might actually want? Using opt-in anonymous personality profiling based on digital records such as Facebook Likes or Last.fm scores could vastly improve targeted advertising and allow users to set the level of data-sharing they are comfortable with,” says Popov. “This data could then, with the permission of users, be used to enrich scientific research databases.”

Measuring psychological traits has long been difficult for researchers and boring for participants, usually involving laborious questionnaires. This will sound familiar to anyone who has used an employment agency or job centre. The team are now building on their previous work with algorithms to take psychometric testing even further into uncharted territory – video games. Job centres might be the first to benefit.

“A job centre gets about seven minutes with each job seeker every two weeks, so providing personalised support in that time is challenging,” explains Stillwell. “We are working with a company to build a game that measures a person’s strengths in a ‘gamified’ way that’s engaging but still accurate.”

In ‘JobCity’, currently an iPad proof of concept, users explore job opportunities in a simulated city. The game measures psychological strengths and weaknesses along the way, offering career suggestions at the end, and providing the job centre with feedback to help them guide the applicant. The team has tested the game with a group of under-25s and the results are promising.

For the Centre’s Director Professor John Rust, the team’s background in psychology means they don’t lose sight of the people within the oceans of data: “We’re dealing with organisations that are using ‘big data’ to make actuarial decisions about who gets lent money, who gets a job – you don’t want this left solely to computer engineers who just see statistics.”

“We want machines that can recognise you as a person. Much of the information for doing that already exists in the servers of Google, Facebook, Amazon, and so on. Your searches and statuses are all reflections of questions, experiences and emotions you have: all psychometric data. It’s the basis for a future where computers can truly interact with human beings.” 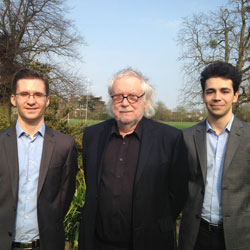 Cyberspace has, for Rust, opened a ‘Pandora’s box’ that’s taken psychological testing to a new level. But, he says, the current explosion in big data bears comparison to a previous shift that happened a century ago – the advent of IQ tests shortly before the First World War. Millions of servicemen were tested to determine role allocation within the military. Suddenly, says Rust, overexcited scientists had massive psychological datasets. IQ tests influenced societies long after the war, leading he says to some of the most shameful episodes of the 20th century including scientific racism and sterilisation of the ‘feebleminded’.

“Today you have another psychological big data situation being used to challenge a perceived global threat: terrorism. Government data scientists hunting would-be terrorists are enthusiastically adopting big data, but there will be social consequences again. In many ways, we already have Big Brother – whatever that now means,” Rust says.

“The new psychological data revolution needs serious research, and ethical debates about it need to be happening in the public arena – and they’re not. We have a responsibility to say to people working on this in secret in companies and institutions: ‘You’ve got to come and discuss this in an open place’. It’s what universities are for.”