Cities and how we live in them

More and more of us live in cities where disparate communities jostle for space. Eminent sociologist Richard Sennett will give a public lecture on The Open City in Cambridge on Thursday 21 February.

Richard Sennett argues that learning how to live in cities made up from disparate groups represents the biggest challenge facing society today.

There is debate about which of the world’s cities is the largest because it all depends on the criteria you decide to use. Among the contenders are Tokyo, Seoul and Mexico City while the Chinese port of Beihai was recently named as the city showing the most rapid expansion.

What is certain is that cities around the globe are getting larger as they act like magnets drawing people from ever-widening surrounding areas into suburbs and slums, tenements and tower blocks, ghettos and gated communities.

The ways in which we live in close proximity to each other, and navigate our lives within and without networks and neighbourhoods, has long been a subject of fascination to the distinguished American-born sociologist Richard Sennett. With a background in a range of overlapping disciplines, he is currently professor of sociology at the London School of Economics.

He will be in Cambridge on Thursday 21 February to give a public lecture titled The Open City – the last talk in the Understanding Society series organised by CRASSH (Centre for Research in the Arts, Social Sciences and Humanities).

Sennett will focus on the relation of social life to physical design, exploring what shape cities should have to absorb the complexities and conflicts of the people who live together. He will also talk about ‘edge’ conditions within the city, distinguishing between borders and boundaries, and look at how design can enhance porosity and a merging of people who differ from one another.

He will draw on the research that forms the basis of his most recent book – Together: The Rituals, Pleasures, and Politics of Cooperation – in which he argues that learning how to live in cities made up from disparate groups represents the biggest challenge facing society today. Looking at the historical development of various groups, he examines our tendency to form tribal communities and avoid interacting with people unlike ourselves, and he urges us to make cooperation a priority.

A previous book, The Foreigner, is also set in the context of the city. It explores the experience of exile in two different cities at contrasting historical periods – Venice during the Renaissance and Paris in the 19th century.

The book for which Sennett is best know is The Craftsman. It  looks at and celebrates the basic human impulse to do a job and to do it well, committing substantial time and effort to developing a high level of skill.

Over the past few years Sennett has taken part in numerous BBC Radio 4 discussions examining the ways in which the world’s great cities are imbued with the politics of past eras, even when efforts have been made to erase them, and how these shape our experience of places and their meanings to us.

Richard Sennett will talk about The Open City on Thursday 21 February 5.30-7pm at Lady Mitchell Hall, Sidgwick Site, University of Cambridge. The lecture is free and open to all, no registration required. 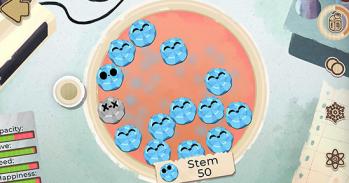