Your brain might not be as ‘old’ as you think

Our standard way of measuring brain activity could be giving us a misleading picture of how our brains age, argues Dr Kamen Tsvetanov from the Department of Psychology.

We’re an ageing society, with more and more people living into old age, so it’s crucial that we understand how age affects how the brain functions

How ‘old’ is your brain? Put another way, how ‘aged’ is your brain? The standard, scientific answer, suggests that the older you get, the greater the changes in the activity of your neurons. In fact, my colleagues and I have found out that this isn’t necessarily the case: older brains may be more similar to younger brains than we’d previously thought.

In our study, published recently in the journal Human Brain Mapping, we’ve shown that changes in the ageing brain previously observed using functional magnetic resonance imaging (fMRI) – one of the standard ways of measuring brain activity – may be due to changes in our blood vessels, rather than changes in the activity of our nerve cells, our neurons. Given the large number of fMRI studies used to assess the ageing brain, this has important consequences for understanding how the brain changes with age and it challenges current theories of ageing. 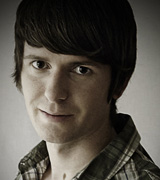 The fundamental problem of fMRI is that it measures the activity of our neurons indirectly through changes in regional blood flow. Without careful correction for age differences in how the blood vessels respond, differences in fMRI signals may be erroneously regarded as differences in our neurons.

An important line of research focuses on controlling for noise in fMRI signals using additional baseline measures of vascular (blood vessel) function, for example involving experimental manipulations of carbon dioxide levels in blood. However, such methods have not been widely used, possibly because they are impractical to implement in studies of ageing.

An alternative way of correcting makes use of the resting state, ’task-free’, fMRI measurement, which is easy to acquire and available in most fMRI experiments. While this method has been difficult to validate in the past, the unique combination of an impressively detailed data set across 335 healthy volunteers over the lifespan, as part of the Cambridge Centre for Ageing and Neuroscience (CamCAN) project, has allowed us to probe the true nature of the effects of ageing on resting state fMRI signal amplitude. This showed that age differences in signal amplitude at rest – in other words, while volunteers perform no task during the scan – originate from our blood vessels, not our nerve cells. We believe we can use this as a robust correction factor to control for vascular differences in fMRI studies of ageing.

A number of research studies have previously found reduced brain activity in the areas of the brain related to our senses and movement during tasks that study these aspects. Using conventional methods, we replicated these findings, but, after correction, we found that it is more likely to be vascular health, not brain function, that accounts for most age-related differences in fMRI signals in sensory areas. In other words, neuroscientists may have been overestimating age differences in brain activity in previous fMRI studies.

Why is this important? We’re an ageing society, with more and more people living into old age, so it’s crucial that we understand how age affects how the brain functions.  We clearly need to refine our fMRI experiments, otherwise we risk creating a misleading picture of activity in the brain as we age. Without refinement, such fMRI studies may misinterpret the effect of age as a cognitive phenomenon, when really it has more to do with our blood vessels.

Dr Tsvetanov is funded by the Biotechnology and Biological Sciences Research Council (BBSRC).