The year 1969 is held up as the end of an era, but fifty years on are we still buying into a dangerous myth? Counterculture expert James Riley delves into the darkness of the Sixties to sort fact from psychedelic fiction.

The 1960s were suffused with violence, anxiety and a sense of looming doom

The Sixties are generally remembered as an era of freedom, innovation and visionary experience. It’s the period, after all, that gave us The Beatles, the Summer of Love, the civil rights movement, the Woodstock Festival and the Apollo 11 Moon-Landing. Scores of autobiographies, hagiographies and cultural histories have helped to further embellish this iconic status by presenting the Sixties as the crucible of the Hippie ‘dream’, a loosely defined, youth-led attempt to establish an alternative, harmonious, post-war world. It’s a glorious story, but one that tends to end in tragedy.

At ‘the end of the Sixties’, or so the story goes, the Hippie dream ‘dies’. It’s brought to a crashing halt in the latter half of 1969 thanks to the terrible murders perpetrated by Charles Manson and ‘the Family’, the deaths attributed to the so-called ‘Zodiac Killer’ and the violence at The Rolling Stones’ concert at the Altamont Speedway. These events appear to hold up a dark mirror to the positive social and cultural advances of the preceding years.

While this narrative may suit the matrix of popular culture and nostalgia that constitutes the Sixties, it bears little resemblance to the historical actuality of the 1960s. The decade did indeed usher in a wave of progressivism and it also had its shadow-side, but such negativity was not limited to its final days. If anything the darkness, so to speak, was present from the start and across the 1960s it hovered particularly close to the decade’s much-vaunted counterculture.

Assassinations, nuclear tensions, globalised conflict, civil unrest, the growth of apocalyptic religious groups: the 1960s were suffused with violence, anxiety and a sense of looming doom. A fraught and difficult decade, the 1960s left a social, cultural and economic legacy of which still exerts a powerful influence on the contemporary world.

The Sixties, by contrast, continue to exist in a bubble of comforting misremembrance, regularly offering up another anniversary, exhibition or reunion tour. Altamont and the Manson murders were of course very real events with a terrible human cost, but they have both become part of a narrative of disaster that helps to shore up this exceptionalism. What else are we to expect from such a supernova of an era as the Sixties than a spectacular curtain fall? 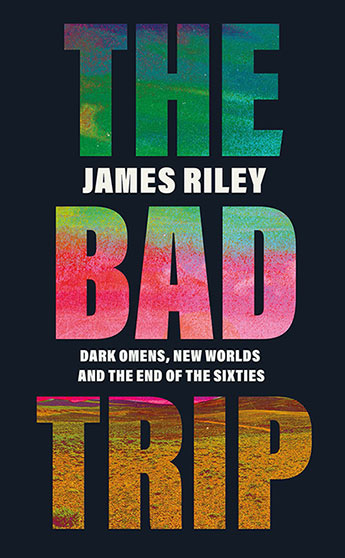 Imagining the disastrous end of both the hippie ‘dream’ and the wider countercultural project is ultimately a tool of celebration. If only Manson and the Family, hadn't appeared, the unique work of the Sixties would have carried on and given rise to a beautiful future.

For those invested in the period’s nostalgia industry, framing the sixties as a kind of cultural Shangri-La, a lost world that we strive to return to is, surely, better than acknowledging the pedestrian reality of how the 1960s actually ended. That’s the real horror: the slow, inconsequential shift of a dynamic counterculture into adulthood, suburbia and ‘proper’ jobs (the 1970s, in other words). Although misleading, this vision of flower power ending in blood-soaked catastrophe retains its grip on the public imagination. Case in point, the recent release of Quentin Tarantino’s Manson-era epic Once Upon A Time in Hollywood (2019).

The end of the 1960s did not mark the ‘death’ of the Hippie ‘dream’. As the 1970s took hold, the countercultural impetus merely recalibrated and flowed in different directions. That has not stopped contemporary culture from obsessively revisiting and repeating the events of 1969, as if they signal some kind of terminus, yet to be fully understood.

Meanwhile, the world of the early twenty-first century continues to plough headlong into its own deeply troubling period of postmodern politics, creepingly malevolent soft power and weaponised ‘fake news’. When we live in such interesting times, why dwell on the illusions and disillusions of the 1960s and its double?

Fifty years ago protests took place across reasonably well-defined battle lines against clearly identifiable targets. Now, in today’s sphere of edited reality and policies that change as fast as they can be tweeted it's difficult to pinpoint where the source of power is, let alone how to protest against it. To navigate this type of situation it's important to understand the mechanics at play – how representations are manipulated and how agendas are embedded in seemingly innocuous narratives. This is what the 1960s can teach us.

By interrogating and unpacking the link between the decade and the era, the 1960s and the Sixties, we can observe, in process, the forces that transform recent history into modern myth. It's also useful to be shocked by how much things have changed. If you are curious, look into the details of the Manson case and think about what it meant in 1969 to ‘follow’ someone. What you find might make you spend a little less time on Twitter.

Dr James Riley is Fellow and College Lecturer in English at Girton College. His book, The Bad Trip: Dark Omens, New Worlds and the End of the Sixties was published by Icon Books in 2019.

James will be speaking at Heffers Bookshop in Cambridge on 6th November 2019.

This is an extended version of an article published in Horizons issue 39. 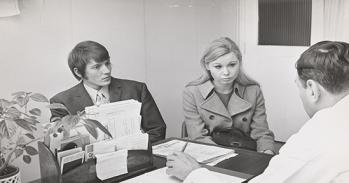 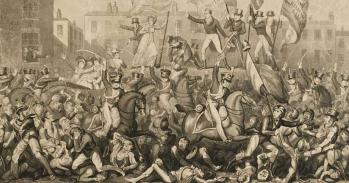