Trinidadian writer Ingrid Persaud, has won the thirteenth BBC National Short Story Award with Cambridge University for ‘The Sweet Sop’, her first short story about a young Trinidadian man reunited with his absent father via the power of chocolate.

Announced this evening during a live broadcast of  BBC Radio 4’s ‘Front Row’ from the University’s West Road Concert Hall, Persaud was presented with the £15,000 prize for a work described by judge and previous winner of the award, K J Orr as “tender and ebullient, heartbreaking and full of humour”.

Davina Bacon from Cambridgeshire won with ‘Under a Deep Blue Sky’, a raw and emotionally powerful short story about a young African poacher and the brutal murder of a mother and baby elephant.

Chair of the National Short Story award judges and Editor of the TLS, Stig Abell said of Persaud’s work: “The judges were unanimous in their praise for a story which keeps a consistency of voice without smoothing over the reality of genuine conflict. The relationship between Victor and Reggie, estranged father and son, who find solace in chocolate, is an utterly convincing and memorable one, a clever inversion of normal parental process.”

Dr Sarah Dillon, University Lecturer in Cambridge’s Faculty of English said: “Many congratulations to Ingrid Persaud on winning, and with such a beautiful story. It was a pleasure to host the award ceremony at the University and to celebrate all the shortlisted writers amongst the stacks in the University Library.

“We hope that this is the beginning of an ongoing relationship between the writers and our students, especially those honing their craft at the University's Centre for Creative Writing."

Davina’s winning story was inspired by her early life living in Africa and her passion for the environment, Her story was praised by author and judge William Sutcliffe as a ‘superlative piece of writing by any measure, regardless of the age of the writer’ and by fellow judge and actress Carrie Hope Fletcher, for its ‘compassion and intelligence’.

Citing Michael Morpurgo as an influence on her writing style and having recently read a lot of post-colonial literature including Chinua Achebe’s Things Fall Apart and Anthills of the Savannah, Davina Bacon’s winning story is inspired by her earlier years spent living in Malawi.

She said: “My story is based on Kasunga National Park where they have issues with poachers crossing the border from Zambia to kill elephants. The population has decreased rapidly and this is very worrying.”

‘Under a Deep Blue Sky’ available to read and listen to on the Radio 1 website, read by Don Gilet of the BBC Radio Drama Company. An interview with Davina will be available on the Life Hacks podcast from Sunday 7 October. Davina will also receive a personalised mentoring session with an author to enhance and further develop her writing skills.

Meanwhile, ‘The Sweet Sop’ is available to listen to at www.bbc.co.uk/nssa, read by Leemore Marrett Junior.

Added Dr Dillon: “Congratulations to Davina Bacon on winning the 2018 BBC Young Writers' Award with First Story and Cambridge University. To capture in just 1,000 words a character's present, past, and perilous future is a feat for any writer, let alone one 17 years of age. Stories like this show just how powerful this form can be - hitting you hard and fast, haunting you for long after.”

This is the fourth year of the BBC Young Writers’ Award which invites 14 – 18 year olds to submit stories of up to 1,000 words. The award was launched as part of the tenth anniversary celebrations of the BBC National Short Story Award and aims to inspire and encourage the next generation of writers.

They were also given a private tour of ‘Virginia Woolf: An exhibition inspired by her writings’ at the Fitzwilliam Museum before attending the live award ceremony. 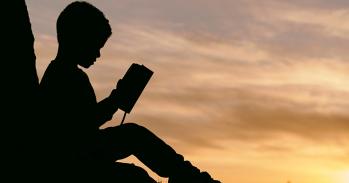