Will the English language ever die?

Imagine a world in which there is no difference between blue and black or green and blue. A world where there are hundreds of different types of snow.

The Arctic hunters believe that we have not listened to nature and now we are paying the price. They think it is time to use our knowledge wisely.

These cultural conventions are indicative of how a language impacts the worldview of the people who speak it. In Martu, an Aboriginal language from Western Australian, black and all dark colours are maru or maru-maru while in Vietnamese both green and blue are xanh. The Saami of northern Scandinavia have hundreds of words for different types of snow like vuož’že (wet snow), ritni (crusted snow) and chiegar (old snow dug up a reindeer).

Language is not just spoken words but also a gateway into a culture. UNESCO estimates that there are over 6,000 languages spoken around the globe today, half of which are under threat and face dying out. Could this ever happen to the English language?

The threat to the world’s languages and the eventual fate of English are the driving force behind the work of four researchers: Dr Stephen Pax Leonard, Dr Jon Fox, Dr Andrew Dalby, and Nicholas Oster. They will be discussing their research on Saturday 22 October at the Festival of Ideas, the UK’s only arts, humanities and social science festival which runs this year from 19-30 October (www.cam.ac.uk/festivalofideas)

Dr Leonard, an anthropological linguist at the Scott Polar Research Institute, Cambridge, has recently returned from living for a year with the Inughuit people on the remote Herbert Island, northwest Greenland. At the Festival of Ideas he will debut a short film about his time in the arctic and his experiences of living in the community.

The Inughuit are a semi-nomadic people whose knowledge of their land and culture is based on oral tradition, stories and mythologies which have very rarely been written down. But this traditional way of life is being doubly threatened - both globalization and climate change could prove to be the downfall of this unique society.

Sitting around a TV watching Danish-language shows has replaced listening to the stories of their ancestors. The drum-song, or piheq, and story-telling were partially entertainment during the sunless winters and nightless summers but perhaps more importantly says Dr Leonard, “a pool of indigenous knowledge regarding ice systems, weather systems, place names and the habits and movements of the sea mammals on which they depend.”

The Inughuit world is one of extremes - during the winter three and a half months pass without the sun rising over the horizon as they live only 800 miles from the North Pole. Now it is changing. The hunting season is now halved as the ice, which used to form in September, is only thick enough between December and March.

The effects due to climate change, unsurprisingly, are having a detrimental effect on the traditional way of life of the Inughuit. “Now, nobody knows when the sea ice will come or how long it will stay for,” says Dr Leonard. “The glaciers are melting at a faster rate than anybody ever expected and the movement of the animals has become less and less predictable. The Arctic hunters believe that we have not listened to nature and now we are paying the price. They think it is time to use our knowledge wisely.”

It is becoming harder for the Inughuit to survive traditionally based on their hunting prowess. New legislation also makes it more expensive to hunt marine mammals and many Inuguit are resorted to buying expensive, imported food.

The Inuguit are not the only Arctic occupiers who are struggling in this new, warmer climate. A polar bear entered the town one night in search of food and was shot and killed in front of Dr Leonard’s cabin. It had no blubber - it was starving due to the effects of climate change on its normal hunting and migratory habits.

But many Inuguit do not believe the transformation is a result of human impact - and this too is endangering their language, culture, and perhaps even their lives. Dr Leonard explains that “they believe that the weather changes in cycles. That is what their ancestors told them. If the sea ice disappears, only to return 50 years later, that crucial unrecorded knowledge bound up in the stories will have been lost forever and to the detriment of future hunters.”

Only 770 speakers of Inuktun, or Polar Eskimo, remain although this number grows ever smaller. There are less than ten people left who are able to sing the traditional drum song of their ancestors.

While Inuktun provides over 20 ways of referring to ice and 18 different types of wind young people, according to Dr Leonard, are unable to remember more than a few. The youths are finding the traditional hunting life too difficult and leave the community in search of employment. In order to do so they must learn to speak Standard (Greenlandic) and run the risk of isolating themselves, no longer being seen as real Polar Eskimos by those who follow the traditional way of life.

The threat to language is not isolated to the Northwest Greenland. With about one language disappearing every two weeks, Dr Dalby, author of Language in Danger and honorary fellow and the Institute of Linguistics, predicts that that the 3,000 languages currently in danger will no longer be spoken by the 22nd century.

However it is possible, with concerted and deliberate effort, for languages to “be raised from the dead.” Cornish became linguistically extinct in the 18th century until a campaign to revive it two hundred years later. Now there are over 2,000 fluent speakers.

Eastern Europe also has a list of languages and cultures which are in danger of becoming immersed into a larger, Euro-centric identity. Hungary has five threatened languages while Romania has eleven. Yet again these languages can form an integral part of the identity of their speakers, especially for nationalists.

Yet do everyday speakers of language find their identity bound up in the words which they use? Dr Fox will explore the different usages of language, from those for whom it is simply a method of communication to those who see language as a unifier - identifying, embodying, and constituting the nation.

English is the language of globalization that has, in many ways, become an enemy to other languages. Will it ever need to be resuscitated from death’s door? Oster, author of The Last Language Franca, doesn’t think so. He also believes though that the current dominance of English in the world is nearing its end.  Globalization might have helped the supremacy of English to continue long after the fall of the British Empire but economic and technological development, trade and migration will change the ways which people access and use language.

Yet neither does Ostler believe that another language, Chinese for example, will become the new global leader. He reckons that by 2050, a mere generation, the reign of any single global lingua franca - a language used between people who do not share a common mother tongue- will have met its demise. We are apparently heading towards a diverse, multilingual future in which technology will allow people to communicate efficiently and effectively without resorting to learning a completely new language.

This in some ways may actually be good for English - lingua franca languages often lose their cultural worth as people no longer value the language for its own sake, but rather for what can be attained by using it. Perhaps by recognizing that languages are more than words we can appreciate the necessity to save both the threatened ones, but also remember the heritage of our own language.

Why do languages die will take place on Saturday October 22 at the Faculty of Law, Sidgwick Site, 2-3pm as part of Cambridge University’s Festival of Ideas. Pre-booking is encouraged. Suitable for ages 14+. www.cam.ac.uk/festivalofideas 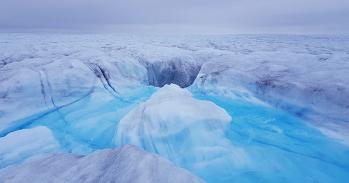 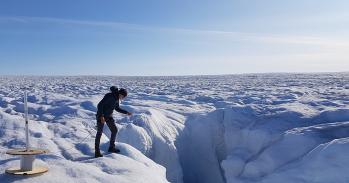