Too exhausted to fight – and to do harm

An ‘exhausted’ army of immune cells may not be able to fight off infection, but if its soldiers fight too hard they risk damaging the very body they are meant to be protecting, suggests new research from the University of Cambridge.

We believe the clinical implications of this study could be profound. A test based on the concept is soon to enter the clinic, and we are exploring new treatments for autoimmunity based on manipulating T cell exhaustion

Inside our bodies are billions of immune cells known as T cells that protect us from infection, fighting off attacks from invading bacteria and viruses, and also from cancer. One teaspoon full of blood alone is believed to have around 5 million T cells. But these cells can also do harm, mistaking our own cells for invaders and attacking them, leading to autoimmune diseases such as lupus, Crohn’s disease and type 1 diabetes.

Among these T cells are CD8 T cells, the ‘foot soldiers’ that go into battle and kill unwanted invaders. As with any army, in the face of a huge attack they can become ‘exhausted’ – in the case of the immune system, by inhibitory signals – and no longer fight effectively. Whether they become exhausted depends on both the size of the battle (or amount of invading ‘antigen’) and the amount of supporting signals they receive from a second type of cell, known as a CD4 helper T cell. These are the ‘generals’ in the immune system, which coordinate our immune response. Exhaustion can affect the performance of the immune system and allow chronic infections, such as hepatitis C or HIV, to persist.

In research published today in the journal Nature, scientists from the Cambridge Institute for Medical Research looked at patterns of genes that were turned on and off in patients with autoimmune diseases and found similarities with those seen in people with chronic infection, such as hepatitis C, and cancer: in other words, they have shown that the same process of T cell ‘exhaustion’ known to be involved in the immune response to chronic infection and cancer is also important in many autoimmune diseases.

Dr Eoin McKinney, a Wellcome Trust-Beit Research Fellow from the Department of Medicine at the University of Cambridge, first author of the study, explains: “We know that the way our bodies respond to infection and to autoimmune diseases differs between individuals. In part, we believe this is due to a process known as T cell exhaustion. For effective treatment, we need to exhaust our T cell responses in autoimmune diseases – and hence limit the attack on our body – and to reverse exhaustion when the fight is against unwanted invaders, such as viruses or cancer.”

The team believe their discovery could help doctors better target medicines at patients with autoimmune disease. At the moment, when a patient presents with such a disease for the first time, doctors have no way of predicting what their long-term future holds. Patients whose T cells exhibit signs of exhaustion early in the course of disease have a better long-term outcome, and thus might require less treatment. Conversely those with ‘non-exhausted’ T cells at diagnosis do badly in the long term, and may benefit from more intensive or novel therapy. The team at the Department of Medicine has commenced a trial, supported by the Wellcome Trust, that applies this approach to patients with inflammatory bowel disease to see whether it can guide their treatment and improve their clinical outcome.

Professor Ken Smith, lead author of the study and Head of the Department of Medicine, says: “We believe the clinical implications of this study could be profound. A test based on the concept is soon to enter the clinic, and we are exploring new treatments for autoimmunity based on manipulating T cell exhaustion. A focus on T cell exhaustion in cancer has led to a revolution in treatment and a multi-billion dollar industry. We now implicate the same pathways in determining long term patient outcome in autoimmune and inflammatory diseases, which afflict up to one in ten of the population over the course of their lives.”

The research was supported by the National Institute of Health Research Cambridge Biomedical Research Centre and funded by the Wellcome Trust and the Lupus Research Institute. 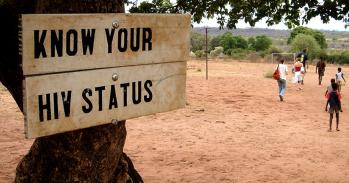 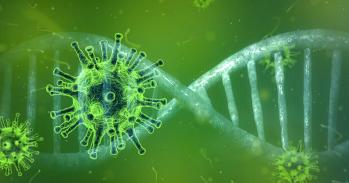 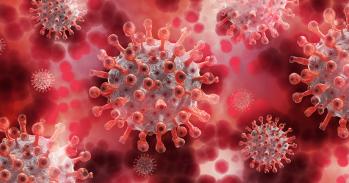 Focus on COVID-19 deaths in under-65s for better insights into infection rates across populations, say researchers

Credit: Wait for the next ride (cropped)