Patients in intensive care units are at significant risk of potentially life-threatening secondary infections, including from antibiotic-resistant bacteria such as MRSA and C. difficile. Now, a new test could identify those at greatest risk – and speed up the development of new therapies to help at-risk patients.

In the long term, this will help us target therapies at those most at risk, but it will be immediately useful in helping identify individuals to take part in clinical trials of new treatments

Infections in intensive care units (ICU) tend to be caused by organisms, such as multi-resistant gram-negative bacteria found in the gut, that are resistant to frontline antibiotics. Treating such infections means relying on broad spectrum antibiotics, which run the risk of breeding further drug-resistance, or antibiotics that have toxic side-effects.

Estimates of the proportion of patients in ICU who will develop a secondary infection range from one in three to one in two; around a half of these will be pneumonia. However, some people are more susceptible than others to such infections – evidence suggests that the key may lie in malfunction of the immune system.

In a study published in the journal Intensive Care Medicine, a team of researchers working across four sites in Edinburgh, Sunderland and London, has identified markers on three immune cells that correlate with an increased risk of secondary infection. The team was led by researchers at the Universities of Cambridge and Edinburgh and biotech company BD Bioscience.

“These markers help us create a ‘risk profile’ for an individual,” explains Dr Andrew Conway Morris from the Department of Medicine at the University of Cambridge. “This tells us who is at greatest risk of developing a secondary infection.

“In the long term, this will help us target therapies at those most at risk, but it will be immediately useful in helping identify individuals to take part in clinical trials of new treatments.”

Clinical trials for interventions to prevent secondary infections have met with mixed success, in part because it has been difficult to identify and recruit those patients who are most susceptible, say the researchers. Using this new test should help fine tune the selection of clinical trial participants and improve the trials’ chances of success.

The markers identified are found on the surface of key immune cells: neutrophils (frontline immune cells that attack invading pathogens), T-cells (part of our adaptive immune system that seek and destroy previously-encountered pathogens), and monocytes (a type of white blood cell).

The researchers tested the correlation of the presence of these markers with susceptibility to a number of bacterial and fungal infections. An individual who tests positive for all three markers would be at two to three times greater risk of secondary infection compared with someone who tests negative for the markers.

The markers do not indicate which secondary infection an individual might get, but rather that they are more susceptible in general.

“As intensive care specialists, our priority is to prevent patients developing secondary infections and, if they do, to ensure they get the best treatment,” says Professor Tim Walsh from the University of Edinburgh, senior author on the study.

The Immune Failure in Critical Therapy (INFECT) Study examined data from 138 individuals in ICUs and replicated findings from a pilot study in 2013.

A key part of enabling this study was to standardise how the research could be carried out across multiple sites, say the researchers. They used an imaging technique known as flow cytometry, which involves labelling components of the cells with fluorescent markers and then shining a laser on them such that they give off light at different wavelengths. This has previously been difficult to standardise, but the researchers successfully developed a protocol for use, ensuring they could recruit patients from the four study sites.

The study was funded by Innovate UK, BD Bioscience and the National Institute of Academic Anaesthesia. 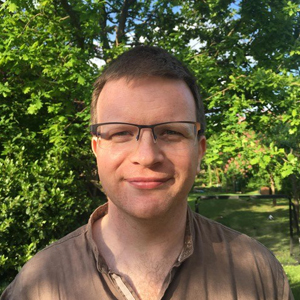 Dr Andrew Conway Morris is an intensive care specialist at Addenbrooke’s Hospital, part of Cambridge University Hospitals. It was the hospital’s location on the Cambridge Biomedical Campus that attracted him back to the city where he had been born and raised.

“I moved to Cambridge in order to take advantage of the fantastic opportunities to work with some of the world’s leading scientists, as well as develop collaborations with the growing biotech and pharmaceutical cluster centred around Addenbrooke’s Hospital,” he says.

Conway Morris undertook his undergraduate medical education in Glasgow before moving to Edinburgh to train in Anaesthesia and Intensive Care Medicine. His PhD in Edinburgh was on dysfunction of immune cells known as neutrophils in critically ill patients and looking at the development of new diagnostic tests for secondary pneumonia.

He is now a Wellcome-funded Senior Research Associate in the John Farman Intensive Care Unit at Addenbrooke’s, where he is trying to find new ways to prevent and treat infections in hospitalised and critically-ill patients.

“I carry out my work using a combination of human cell models and animal models of pneumonia and aim to develop new therapies for infection that do not rely on antibiotics,” he says. “I also have a clinical project evaluating a new molecular diagnostic test for pneumonia, which aims to deliver more rapid and accurate tests for infection.”

Outside of work, it is his children that keep him occupied. “I have two boys who occupy most of my free time - both are football-mad - and I help run a local youth football team,” he adds.