A new therapy for peanut allergy has been successful in the majority of the 99 children who took part in a clinical trial.

The trial has been an experience and adventure that has changed my life and I’ve had so much fun. But I still hate peanuts!

Lena Barden, 11, from Histon in Cambridgeshire

Allergy experts have found that 84 and 91 per cent of the two groups of children treated with a new form of immunotherapy could eat at least five peanuts a day.

The phase 2 trial - the largest of its kind worldwide - used oral immunotherapy (OIT), in which peanut protein is consumed in increasingly larger amounts on a regular basis to build up tolerance. The results are published today in The Lancet.

The research involved young people, aged between seven and sixteen, eating daily doses of peanut protein - starting with a tiny dose and slowly building up over four to six months.

After 6 months of OIT, 84–91% of the children could safely tolerate daily ingestion of 800 mg of peanut protein (roughly the equivalent of five peanuts), at least 25 times as much peanut protein as they could before the therapy.

“Before treatment children and their parents would check every food label and avoiding eating out in restaurants,” said Clark. “Now most of the patients in the trial can safely eat at least five whole peanuts. The families involved in this study say that it has changed their lives dramatically.”

“This large study is the first of its kind in the world to have had such a positive outcome, and is an important advance in peanut allergy research,” added Ewan.
“However, further studies in wider populations are needed. It is important to note that OIT is not a treatment people should try on their own and should only be done by medical professionals in specialist settings.”

In the first part of the trial, 99 children with varying severities of peanut allergy were randomly assigned to receive either 26 weeks of OIT or peanut avoidance (the present standard of care). All the children then participated in a double-blind placebo-controlled oral food challenge during which they gradually consumed increasing amounts of peanut protein under medical supervision to determine at what level they experienced allergic symptoms. In the second part, the control group was offered 26 weeks of OIT followed by a final food challenge.

After 6 months of therapy, 24 of 39 children (62%) who received OIT in the first phase passed the challenge and tolerated a daily dose of 1400 mg of peanut protein, roughly equivalent to 10 peanuts (an amount unlikely to be encountered accidentally), compared with none of those in the control group. After the second phase, 54% tolerated the challenge. Food-allergy specific quality of life scores also improved after OIT.

Although a fifth of those receiving OIT reported adverse events, most were mild with oral itching being the most common.

Lena Barden, 11, from Histon in Cambridgeshire, said: “I felt like I had won a prize after I found out I had been picked for the active group. It meant a trip to the hospital every two weeks. A year later I could eat 5 whole peanuts with no reaction at all. The trial has been an experience and adventure that has changed my life and I’ve had so much fun. But I still hate peanuts!” 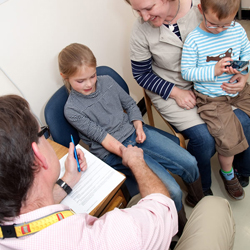 The trial was carried out over five and a half years in the NIHR Wellcome Trust Clinical Research Facility at Addenbrooke’s, part of Cambridge University Hospitals (CUH). It was funded by the MRC-NIHR partnership through the Efficacy and Mechanism Evaluation (EME) Programme. Initial pilot work was funded by the Evelyn Trust, Cambridge.

The next step is to make peanut immunotherapy widely available to patients. Further investigation and a licensing review will be required to obtain a product licence from the regulatory authorities, which will take several years. In the meantime, Cambridge University Hospitals is planning to open a peanut allergy clinic that would make a range of services, including immunotherapy on a named patient basis, available to patients.

For further information about the development of peanut immunotherapy and when it will become available in clinics, visit www.cambridgeallergytherapy.com. 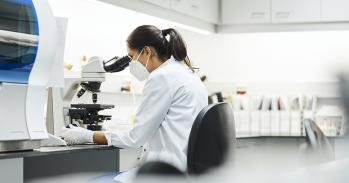 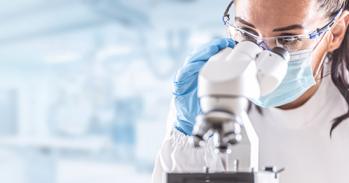