Stability, unity and nonchalance: What does it mean to be English?

An epic new history of England offers some eye-catching conclusions on Englishness – suggesting, among other things, that a “remarkable” level of cultural unity and a relative openness to other cultures are both key components of English national identity.

The history of England shows that we have, in the long term, been very stable. We are not a nation in decline – and we never really have been.

It may seem difficult to believe amid continual current debates over immigration, but an aversion to patriotic flag-waving and a relative tolerance of other cultures are both key components of English identity, according to a new history of England, published today.

The conclusions are just two of those reached in The English and Their History, a sweeping survey of the last 13 centuries by the historian Professor Robert Tombs which, by examining the development of the nation and Englishness since Anglo-Saxon times, attempts to answer the enduring and complex question of what it means to be English.

Part of that answer, he suggests, is to be found in a healthy “nonchalance” about national identity that has made the English – while by no means saints – resistant to racism and broadly tolerant of other cultures.

This is, however, only one small piece of the extensive verdict that Tombs, who teaches and researches modern European History at St John’s College, University of Cambridge, reaches in the conclusion of a study that has been six years in the making.

Elsewhere, he perhaps surprisingly argues that the widespread view that England is in a state of post-Imperial political and economic decline is a myth. The book also suggests that political isolationism from larger structures – whether the Empire or Europe – has rarely been a part of English history or nature, and identifies a fascinating history of political polarisation on sectarian lines that has, in the modern age, evolved into the split between “Ambridge and Coronation Street”.

The book, published on Thursday, November 6 by Allen Lane, is the first single-volume history of England to be produced on this scale since the 1930s. Starting in the Anglo-Saxon era and ending in 2014, it aims in part to explore, through the English people’s developing understanding of themselves, what their history means at a time when ties within the United Kingdom appear to be loosening.

“It tries to reflect on how we have understood history, what the past means to us today, and what it might mean to us in the future,” Tombs said. “It is an attempt to say, ‘this is the sort of country we are, and this is what our history has made us’. It’s up to the reader to decide how to use that and whether or not they agree.”

While the multicultural character of English history has been well-documented, Tombs argues that a tolerance of other peoples and, historically, of immigration, has become a component of the country’s national identity.

Central to his argument is the fact that England has, for very little of its history, stood alone. Most of the time it has been the core nation in a multinational state, or at one stage in the Empire. Only between King Alfred and King Cnut, and then during the Tudor period (along with Wales), did England operate as an isolated political entity.

Because of this, the book suggests that English identity tends not to be expressed in terms of ethnic purity or cultural distinctiveness, and it has typically made little political sense for England to “beat the nationalist drum”. Instead, Tombs argues that England has historically propagated its values through interaction with others – spreading Christianity in Medieval times, as a force for European civilisation and free trade more recently, and as an Empire. The result, he says, is that Englishness is not founded on ideas of opposition and exclusion, but on inclusion and expansion.

One effect of this is a general “nonchalance” about national identity. “We don’t normally go in for a lot of flag-waving, we find that fairly un-English,” Tombs said. “That nonchalance has made us pretty resistant to racism. That is not to deny that racism has played a part in English history, but it has not been a defining character of our history. And thanks to our memory of resistance to Hitler in the Second World War there is no nostalgia for Fascism in England as we are now seeing in several other countries.”

While some agonise over the lack of a clear patriotic identity or devotion to the national flag, Tombs argues that “there is something to be said for national nonchalance”.

“In recent decades, the English have largely accommodated the shifts brought by changing moralities and multi-ethnicity, incorporating them into new varieties of Englishness,” he writes. “Who could be more English today than Rita Ora and Dizzee Rascal, Jessica Ennis and Rio Ferdinand?”

Another eye-catching argument within Tombs’ extensive survey is that “declinism” – the suggestion that England and Britain as a whole have lost economic and political standing on the world stage since the end of Empire – is a myth.

Key to this is one of the book’s central propositions – that the history of England shows the nation to have been relatively rich, secure and orderly for most of its history. Notwithstanding periods of upheaval, such as the Wars of the Roses, Peasants’ Revolt or even the Civil War (a small-scale affair compared with the prolonged and bloody experiences going on in France and Germany at the same time, Tombs says), Britain has been relatively immune to transformative catastrophes such as invasion, war and revolution.

The result is the survival of ancient buildings, cultural treasures, and national institutions such as the Crown, Parliament, shires, boroughs, the Church, universities, schools, charitable foundations, voluntary associations and more. This is reinforced by long-term cultural consistencies, in particular the use of English itself as a mainstream spoken and written language dating back to Anglo-Saxon times. “The nation changes, but it has certain structures that continue,” Tombs argues. “England has an ancient structural unity in a way that in Italy, Germany or France do not.”

Taking the same long view reveals that Britain’s power, wealth and global status has been remarkably stable, even though all are typically seen to have failed following the end of the Empire, and decolonisation. When Britain emerged as a significant force in the early 18th century, it was the smallest, and yet the most global, of the world’s half dozen most powerful states. Three centuries later it remains so, outdistanced – like all other states - only by the USA.

Other measures also raise questions about the “declinist” view that British international power has fallen, and its political and social organisation have failed. Britain in the mid-20th century was, for instance, stronger militarily than in the mid-19th, the study observes. In the 1960s it was richer than ever; by 2008 England was second only to the USA among large countries in gross per capita income.

The book is also critical of the highly centralised nature of Britain’s administration which, it points out, is a relatively recently development – “a seventy year habit that we cannot, or will not, break,” Tombs says. He argues that it leaves British governments having to handle “a neverending conveyor belt of everyday problems”, relating to transport, education, and health, for example, which other countries deliver through local government.

In a complex way this clashes with a long-standing division in the nation’s politics that, unusually, was brought about by the legal recognition given to two religious cultures in England following the “Glorious Revolution” of 1688. Unlike other countries, where a single religious denomination tends to have been dominant, England has since the 17th century held Anglicanism on the one hand, and Nonconformism on the other, in tension. 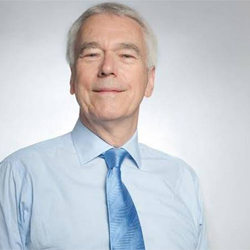 The study suggests that this unusual situation, of rival religious parties, then evolved new layers. Whig, Liberal and Labour politics were built on foundations of religious Dissent, then took on social and geographical characteristics as the country became divided between the working-class north and wealthier south.

One result of this religious point of origin, Tombs says, is that English politics has a distinctly moral and ideological tone. As a result, the commonplace details handled by a heavily-centralised Government have become the subjects of heated ideological debate – health and education are now disputed in the same terms as slavery or suffrage were in centuries past, when in most other countries they arouse far less  emotion.

The over-arching message of the book is, however, a positive one, suggesting that structural and cultural unity are at the heart of what it means to be English. “We should be fairly optimistic about the future of England, as part of the UK and as a country that will want to reassess itself and will probably gain more autonomy in the coming years,” Tombs added. “The history of England shows that we have, in the long term, been very stable. We are not a nation in decline – and we never really have been.”

The English and Their History, by Professor Robert Tombs, is published by Allen Lane and is priced at £35. 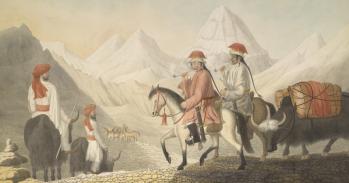 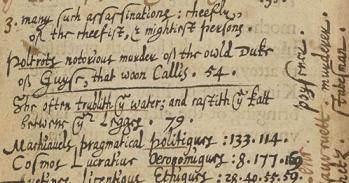 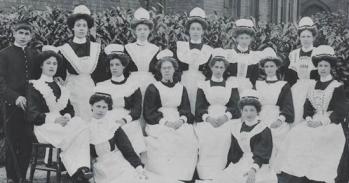 Detail from the cover image of “The English and Their History”.