Latest analysis shows that human limbs share a genetic programme with the gills of cartilaginous fishes such as sharks and skates, providing evidence to support a century-old theory on the origin of limbs that had been widely discounted.

An idea first proposed 138 years ago that limbs evolved from gills, which has been widely discredited due to lack of supporting fossil evidence, may prove correct after all – and the clue is in a gene named for everyone’s favourite blue hedgehog.

Unlike other fishes, cartilaginous fishes such as sharks, skates and rays have a series of skin flaps that protect their gills. These flaps are supported by arches of cartilage, with finger-like appendages called branchial rays attached.

In 1878, influential German anatomist Karl Gegenbaur presented the theory that paired fins and eventually limbs evolved from a structure resembling the gill arch of cartilaginous fishes. However, nothing in the fossil record has ever been discovered to support this.

Now, researchers have reinvestigated Gegenbaur’s ideas using the latest genetic techniques on embryos of the little skate – a fish from the very group that first inspired the controversial theory over a century ago – and found striking similarities between the genetic mechanism used in the development of its gill arches and those in human limbs.

Scientists say it comes down to a critical gene in limb development called ‘Sonic hedgehog’, named for the videogame character by a research team at Harvard Medical School.

The new research shows that the functions of the Sonic hedgehog gene in human limb development, dictating the identity of each finger and maintaining growth of the limb skeleton, are mirrored in the development of the branchial rays in skate embryos. The findings are published today in the journal Development.

Dr Andrew Gillis, from the University of Cambridge’s Department of Zoology and the Marine Biological Laboratory, who led the research, says that it shows aspects of Gegenbaur’s theory may in fact be correct, and provides greater understanding of the origin of jawed vertebrates – the group of animals that includes humans. 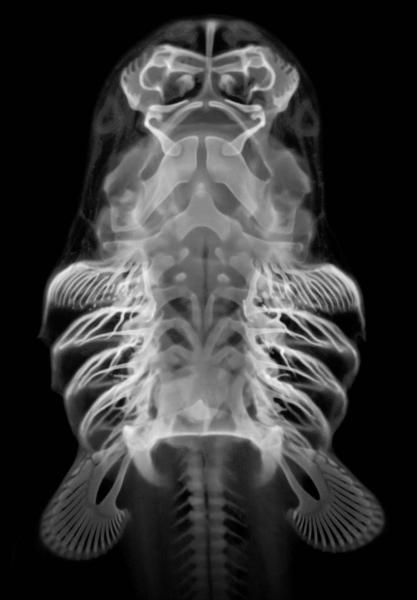 To test whether the gene functions in the same way in skate embryos, Gillis and his colleagues inhibited Sonic hedgehog at different points during their development. 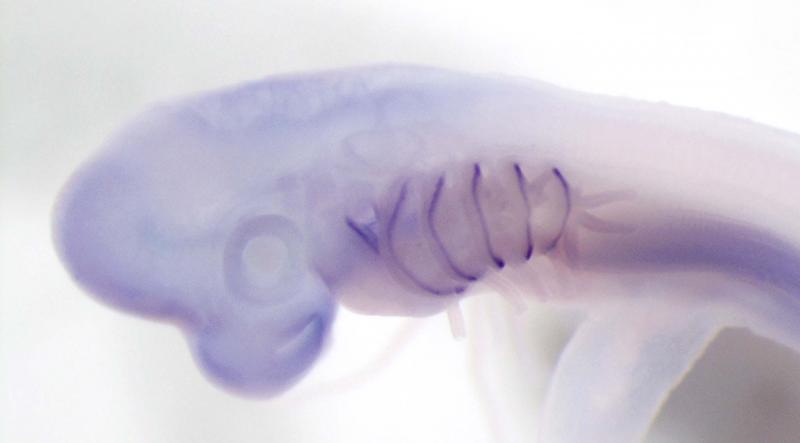 They found that if Sonic hedgehog was interrupted early in development, the branchial rays formed on the wrong side of the gill arch. If Sonic hedgehog was interrupted later in development, then fewer branchial rays formed but the ones that did grow, grew on the correct side of the gill arch – showing that the gene works in a remarkably similar way here as in the development of limbs.

“Taken to the extreme, these experiments could be interpreted as evidence that limbs share a genetic programme with gill arches because fins and limbs evolved by transformation of a gill arch in an ancestral vertebrate, as proposed by Gegenbaur,” says Gillis. “However, it could also be that these structures evolved separately, but re-used the same pre-existing genetic programme. Without fossil evidence this remains a bit of a mystery – there is a gap in the fossil record between species with no fins and then suddenly species with paired fins – so we can’t really be sure yet how paired appendages evolved.”

“What we are learning is that many novel features may not have arisen suddenly from scratch, but rather by tweaking and re-using a relatively small number of ancient developmental programmes.” 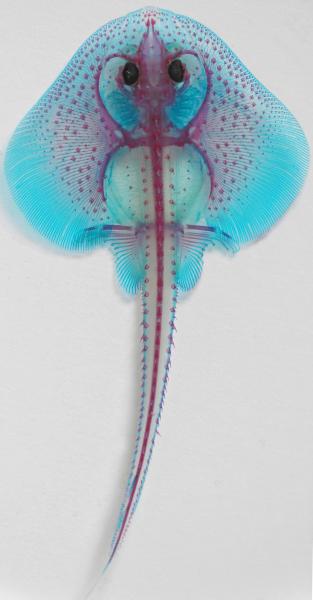 Gillis and his colleagues are further testing Gegenbaur’s theory by comparing the function of more genes involved the development of skates’ unusual gills and mammalian limbs.

“Previous studies haven’t found compelling developmental genetic similarities between gill arch derivatives and paired appendages – but these studies were done in animals like mice and zebrafish, which don’t have branchial rays,” says Gillis.

“It is useful to study cartilaginous fishes, not only because they were the group that first inspired Gegenbaur’s theory, but also because they have a lot of unique features that other fishes don’t – and we are finding that we can learn a lot about evolution from these unique features.”

“Many researchers look at mutant mice or fruit flies to understand the genetic control of anatomy. Our approach is to study and compare the diverse anatomical forms that can be found in nature, in order to gain insight into the evolution of the vertebrate body.”

This research was funded by the Royal Society, the Isaac Newton Trust and a research award from the Marine Biological Laboratory.