Some of the final cases of Ebola in Sierra Leone were transmitted via unconventional routes, such as semen and breastmilk, according to the largest analysis to date of the tail-end of the epidemic.

To be able to rapidly identify the source of new cases we need to sequence samples and release data in real-time, share samples and share data as it’s produced

An international team of researchers has produced a detailed picture of the latter stages of the outbreak in Sierra Leone, using real-time sequencing of Ebola virus genomes carried out in a temporary laboratory in the country.

While the study did not suggest that unconventional transmission was more common than previously thought, the authors describe several instances including a mother who may have transmitted Ebola to her baby via breastfeeding, and an Ebola survivor who passed on the virus sexually a month after being released from quarantine.

The research, published today in the journal Virus Evolution, suggests that rapid sequencing of viral genomes in the midst of an epidemic could play a vital role in bringing future outbreaks under control, by allowing public health workers to quickly trace new cases back to their source.

Sierra Leone was the most widely affected of the three West African countries worst hit by the Ebola epidemic, with 14,124 cases and 3,956 deaths to date. Without effective vaccines or treatments for the infection, bringing the epidemic under control relied largely on public health measures such as the rapid identification and isolation of Ebola patients, contact tracing and quarantine, as well as encouraging safe burial practices.

By mid-2015 cases in the three most-affected countries had declined, but isolated cases of the disease continued to appear, even though all known transmission chains were thought to be extinguished.

Researchers led by the University of Cambridge and Wellcome Trust Sanger Institute began investigating these cases in a temporary genome sequencing facility set up by Professor Ian Goodfellow. Based in a tent at the Ebola Treatment Centre in Makeni, Sierra Leone, the facility provided in-country sequencing capability to process samples from patients in Makeni and surrounding areas in real time, without the need for sample shipment out of the country.

The team generated 554 complete Ebola genome sequences from samples of blood, buccal swabs, semen and breast milk collected between December 2014 and September 2015 from Ebola isolation and treatment centres in the north and west of the country. These were combined with 1019 samples sequenced by other groups to create a picture of the viral variants present in Sierra Leone.

They found that during 2015 at least nine different lineages of the virus were circulating in Sierra Leone, eight of which evolved from a single variant that introduced Ebola to the country in June 2014. The remaining viruses came from a separate, geographically distinct lineage that originated in Guinea.

Starting in mid-2015 samples from all new Sierra Leone cases were rapidly sequenced in the facility.  The data, combined with the growing reference set, helped field workers locate the source of infection for some of the final Ebola cases in Sierra Leone. This work revealed that some cases were acquired through unconventional transmission chains and supports a growing body of evidence that the Ebola virus can be found in fluids such as semen or breast milk and may persist beyond the standard quarantine times.

Senior author Professor Ian Goodfellow, from the University of Cambridge, said: “During the initial part of the Ebola epidemic several teams were sequencing samples, but the delays caused by shipping the samples out of West Africa made it difficult to use the sequence data for investigating new chains of transmission. Often by the time the data was published the samples were six months old. To be able to rapidly identify the source of new cases we need to sequence samples and release data in real-time, share samples and share data as it’s produced.”

Dr Matthew Cotten, joint senior author, from the Wellcome Trust Sanger Institute added: “During the epidemic combining our Ebola virus genome sequences with data from other groups provided insight into how the virus was evolving and contributed to an important reference for tracking the source of new cases. As the outbreak progressed, our data also show that quarantines, border control and checking methods were effective, as movement of the virus within and between countries ceased.”

The sequencing facility set up by the team has now been moved to the University of Makeni, where it forms the focal point of the new UniMak Infectious Disease Research Laboratory. The facility is providing world-class training to local students and scientists, which has proven crucial to sequencing the recent new cases of Ebola when no international staff were present.

Dr Jeremy Farrar, Director of the Wellcome Trust, said: “Close contact with an infected individual is still by far the most common way for Ebola to spread, but this study supports previous research suggesting that the virus can persist in bodily fluids for a long time after recovery. These unusual modes of transmission may have contributed to isolated flare-ups of infections towards the end of the epidemic.

“The success of this innovative project shows how important it is to carry out genome sequencing within the affected countries, and for the data to be shared in a rapid and open way as part of the epidemic response. Strengthening laboratory and surveillance facilities where they are currently lacking will also aid early detection, making the world better prepared for infectious disease outbreaks.”

Press release from the Wellcome Trust 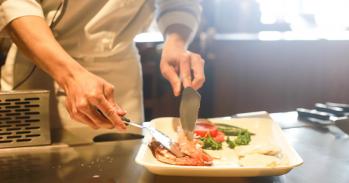