People who feel in control of their lives and who find purpose and meaning in life are less likely to have anxiety disorders even when going through the toughest times, according to a study led by the University of Cambridge.

This study sheds light on inner strengths or qualities that we may have which can protect us from anxiety when we’re exposed to hardships, such as living in deprivation

The study, published today in BMJ Open, found that women who had these traits did not have anxiety, even if they were living in the most deprived circumstances, but women who did not feel that they were in control of their lives and who lacked purpose and meaning in life had high levels of anxiety when facing the hardships of living in deprivation. The study could help researchers develop new ways of teaching women how to overcome anxiety.

Anxiety disorders can manifest as fear, restlessness, an inability to concentrate on work or school tasks, and difficulty in falling asleep at night.  In some cases, anxiety can arise out of the blue as in a panic attack, when sudden spikes of intense anxiety make the sufferer think they are having a heart attack, ‘going mad’, or even dying.  In other cases, it is triggered by specific situations, such as being on a bus or at a social gathering, and symptoms such as sweating, gastrointestinal discomfort, dizziness, and chest pains may ensue.

Anxiety disorders are some of the most common mental health problems and their annual cost in the United States is estimated to be $42.3 billion.  In the European Union, they affect over 60 million people in a given year.

Despite anxiety disorders being common and costly, few studies have looked at what makes some people have anxiety when going through tough times, while others facing the exact same situations are able to maintain good mental health.  National Institute for Health Research (NIHR)-funded researchers from the Cambridge Institute of Public Health used data from over 10,000 British women who had responded to a structured health and lifestyle questionnaire.  The questionnaire included a measure of Sense of Coherence, which is a personality disposition.

Women living in deprivation but who reported the following traits were less likely to have anxiety: believing they were in control of their lives, believing their lives made sense, and having a purpose and meaning in life.  Women living in deprivation but without these desirable traits had high levels of anxiety.  In fact, women in deprived communities without these traits were almost twice as likely to have anxiety as women living in more affluent communities.

“This study sheds light on inner strengths or qualities that we may have which can protect us from anxiety when we’re exposed to hardships, such as living in deprivation,” says first author and PhD candidate Olivia Remes. “Fostering such strengths or traits may be useful for people who do not respond well to medication or other therapies for anxiety, and further research would be needed on this.”

The researchers say that living in deprivation can lead to a sense of meaninglessness among individuals, and can give rise to poor mental health and suicide.  In deprived communities, people are more fearful of their neighbours, assaults are more likely to happen, and it is difficult to form close relationships with others.  The total number of people living in deprivation worldwide is large; as such, the results of this study are particularly important.

“This study takes a different approach to mental health,” continues Professor Carol Brayne, Director of the Cambridge Institute of Public Health.  “Up until now, most studies have looked at what makes someone prone to disease, and the risk factors for ill health.  But we have taken a different approach.  Instead of looking at risk factors for disease, we are looking at traits or strengths that we have within us that can help us maintain good mental health and overcome adversity.

“The study could help researchers develop new ways to approach how women can be helped to overcome anxiety, and also highlights the key role of context in our mental health.”

Dr Louise Lafortune, Senior Research Associate at the institute, explains: “Anxiety disorders are common, debilitating, and impairing.  Now we know that people who feel that they are in control of their lives, who believe that life makes sense, and who have found purpose and meaning are less likely to have anxiety even if they are going through hardships, such as living in deprivation.” 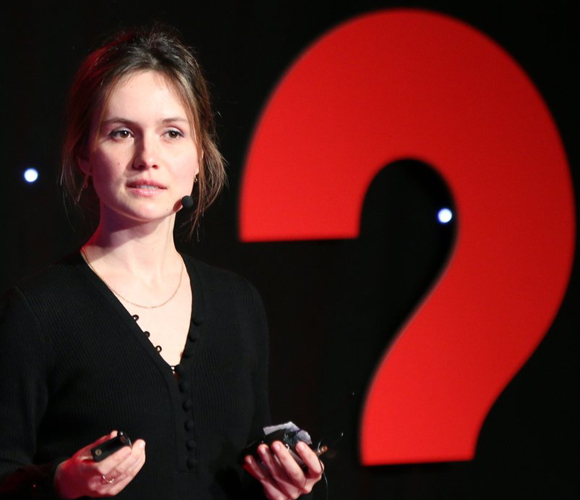 Anxiety is one of the most common mental health problems, and if left untreated, can lead to substance abuse, depression, and risk of suicide. Yet little seems to known about its causes and consequences.

It is to address this gap in our knowledge that Olivia Remes, originally from Canada, is carrying out research for her PhD. She has been looking at who is most affected by anxiety, some of the factors that can give rise to it, and the impact that untreated illness can have on society.

“Anxiety is not only very costly for society in terms of high health service use, work absenteeism and decreased work productivity, but it can cause much suffering to those affected,” she says.

To carry out her research, Olivia uses data from the European Prospective Investigation of Cancer in Norfolk, one of the largest cohort studies looking at chronic diseases, mental health, and the way people live their lives.

Olivia is keenly aware of the importance of sharing her research with other academics, policy-makers and the public, often through the media. This led to significant interest when she published her findings on the burden of anxiety around the world, with radio and TV interviews across the BBC and other media outlets.

“It was truly exhilarating. Knowing that I had done something to increase awareness about anxiety and that I was able to reach people with key messages from my research was very rewarding,” she says.

“As I started received personal messages from people suffering from anxiety, I felt that all the hard work I had done to bring this condition to light was truly worthwhile.  It made me persevere in my research and gave me hope that, through my work, I can have a positive impact on people’s lives.”

Olivia hopes her research will help inform prevention and intervention efforts directed to help those suffering from anxiety, but also that it will lead to greater awareness of the condition. “I hope that, as more studies on anxiety come out, more people will start talking about this condition and will seek help if experiencing symptoms without feeling embarrassed or ashamed.”

Studying at Cambridge has given her the opportunity to work with and learn from some of the brightest minds in the field, she says.

“The postgrad community is also very welcoming – the Colleges organize many events for students throughout the year, providing opportunities to meet many wonderful people from all over the world,” she says. “I have made many friendships here that I will treasure for many years to come. Cambridge is an inspiring place steeped in history, and is dedicated to inspiring innovation.  I have enjoyed and continue to enjoy every minute here.”