Scientists have warned that world leaders are in a race against time to make key decisions about the future of international co-operation in the Arctic.

This is a rare opportunity - low hanging fruit - for heads of state to collectively identify their common interests and demonstrate international leadership in the central Arctic Ocean for the lasting interests of all.

In a new policy paper researchers argue that the international community has a waning opportunity to establish the central Arctic as an area of peaceful, trans-national governance before sovereign interests and commercial activities accelerate with the disappearing sea ice.

The paper will be presented by Dr Paul Berkman from the University of Cambridge to the Aspen Commission on Arctic Climate Change in Monaco this weekend. The Commission includes scientists and policy experts and will make recommendations for the future of international co-operation in the Arctic. The article also appears in the new issue of the journal Science.

The five Arctic coastal states, Russia, Denmark, Norway, Canada and the United States, are in the process of asserting their presence in the Arctic Ocean as diminishing sea ice opens up new opportunities for activities such as fishing and the extraction of energy resources. Many of these claims are based on legal ownership of the sea floor.

In their paper, however, academics point out that the water overlying the sea floor in the central Arctic is already an undisputed international space, both under the United Nations Convention on the Law of the Sea and customary international law.

This international region, which lies beyond the exclusive economic zones of the surrounding Arctic States, is classed as "high seas". As such, it is legally and ecologically distinct from the sea floor.

The authors warn that as current conflicts of interest become more entrenched, it will be impossible for the international community to make decisions about the central Arctic in a region of common interest. That could prohibit future transnational agreements in areas as diverse as shipping, the control of marine pollution, the management of fishing and the regulation of tourism.

"There is a window of opportunity at the moment to establish lasting, common interests in the central Arctic Ocean as an international space dedicated to peaceful uses," Dr Paul Berkman, Head of the Arctic Ocean Geopolitics Programme at the Scott Polar Research Institute, said.

"The international community needs to act before that window closes. This is a rare opportunity - low hanging fruit - for heads of state to collectively identify their common interests and demonstrate international leadership in the central Arctic Ocean for the lasting interests of all."

The paper, written by Dr Berkman and colleague Professor Oran Young from the University of California Santa Barbara, builds on the idea of the "North Pole as a pole of peace," which was first expressed in a famous speech by Mikhail Gorbachev in the late 1980s.

Much international attention at the moment, however, is trained on the Arctic Coastal States' ownership of the sea bed. The melting of the sea ice has galvanised these different countries' efforts to map the sea bed and extend their territories, potentially all the way to the North Pole, as spectacularly highlighted in 2007 with the planting of a Russian titanium flag on the sea floor beneath the Pole itself.

Those disputes and assertions of rights in the central Arctic will only worsen once it becomes seasonally ice-free, the paper warns, preventing international collaborative action in the region.

"Ecologically and legally distinct from the sea floor, the overlying water column and sea surface of the central Arctic can remain an undisputed international area in which the interests of Arctic and non-Arctic states alike play a role in the development of effective governance," the document adds.

The Aspen Commission on Arctic Climate Change comprises scientists, policy experts, oil company executives and representatives from Arctic native communities and environmental organisations. Its meeting in Monaco this weekend is taking place with a view to identifying paths of international co-operation for the Arctic Council to consider in its ministerial meeting in Tromso on 28-29 April, 2009. Recommendations will also be passed to the 15th conference of parties to the United Nations Framework Convention on Climate Change, to be held in Copenhagen in December 2009. 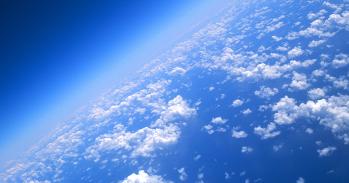