The creation of artificial embryos has moved a step forward after an international team of researchers used mouse stem cells to produce artificial embryo-like structures capable of ‘gastrulation’, a key step in the life of any embryo.

Our artificial embryos underwent the most important event in life in the culture dish. They are now extremely close to real embryos

The team, led by Professor Magdalena Zernicka-Goetz at the University of Cambridge, previously created a much simpler structure resembling a mouse embryo in culture, using two types of stem cells – the body’s ‘master cells’ – and a 3D scaffold on which they can grow.

Now, in a study published today in Nature Cell Biology, Professor Zernicka-Goetz and colleagues have developed the embryo-like structures further, using not just two but three types of stem cells which let them reconstruct a process known as gastrulation, an essential step in which the embryonic cells being self-organising into the correct structure for an embryo to form.

Once a mammalian egg has been fertilised by a sperm, it divides multiple times to generate a small, free-floating ball comprising three types of stem cells. At the stage of development known as the ‘blastocyst’ stage, the particular stem cells that will eventually make the future body – the embryonic stem cells (ESCs) – cluster together inside the embryo towards one end. The other two types of stem cell in the blastocyst are the extra-embryonic trophoblast stem cells (TSCs), which will form the placenta, and primitive endoderm stem cells (PESCs) that will form the yolk sac, ensuring that the foetus’s organs develop properly and providing essential nutrients.

In March 2017, Professor Zernicka-Goetz and colleagues published a study that described how, using a combination of genetically-modified mouse ESCs and TSCs, together with a 3D ‘jelly’ scaffold known as an extracellular matrix, they were able to grow a structure capable of assembling itself and whose development and architecture very closely resembled the natural embryo. There was a remarkable degree of communication between the two types of stem cell: in a sense, the cells were telling each other where in the embryo to place themselves.

However, a key step in the life of the embryo – gastrulation, described by the eminent biologist Lewis Wolpert as “truly the most important time in your life” – was missing. Gastrulation is the point at which the embryo transforms from being a single layer to three layers: an inner layer (endoderm), middle layer (mesoderm) and outer layer (endoderm), determining which tissues or organs the cells will then develop into.

“Proper gastrulation in normal development is only possible if you have all three types of stem cell. In order to reconstruct this complex dance, we had to add the missing third stem cell,” says Professor Zernicka-Goetz. “By replacing the jelly that we used in earlier experiments with this third type of stem cell, we were able to generate structures whose development was astonishingly successful.”

By adding the PESCs, the team was able to see their ‘embryo’ undergo gastrulation, organising itself into the three body layers that all animals have. The timing, architecture and patterns of gene activity reflected that of natural embryo development. 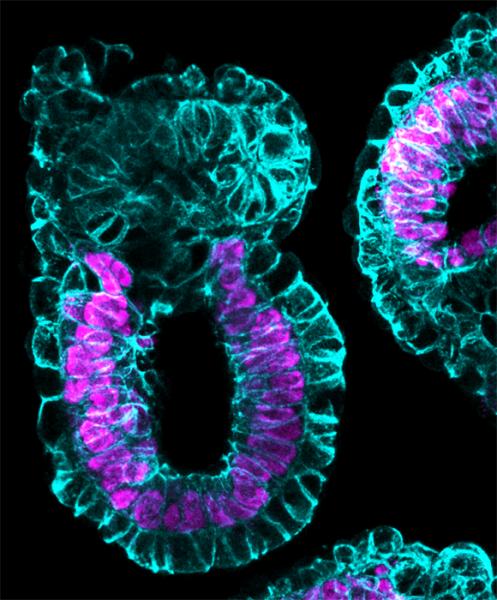 “Our artificial embryos underwent the most important event in life in the culture dish,” adds Professor Zernicka-Goetz. “They are now extremely close to real embryos. To develop further, they would have to implant into the body of the mother or an artificial placenta.”

The researchers say they should now be in a position to better understand how the three stem cell types interact to enable the embryo to develop, by experimentally altering biological pathways in one cell type and seeing how this affects the behaviour of one, or both, of the other cell types.

“We can also now try to apply this to the equivalent human stem cell types and so study the very earliest events in human embryo development without actually having to use natural human embryos,” says Professor Zernicka-Goetz.

By applying these studies side-by-side, it should be possible to learn a great deal about the fundamental aspects of the first stages of mammalian development. In fact, such comparisons should enable scientists to study events that happen beyond day 14 in human pregnancies, but without using 14-day-old human embryos; UK law permits embryos to be studied in the laboratory only up to this period.

“The early stages of embryo development are when a large proportion of pregnancies are lost and yet it is a stage that we know very little about,” says Professor Zernicka-Goetz. "Now we have a way of simulating embryonic development in the culture dish, so it should be possible to understand exactly what is going on during this remarkable period in an embryo’s life, and why sometimes this process fails.”

The research was funded by the European Research Council and Wellcome. 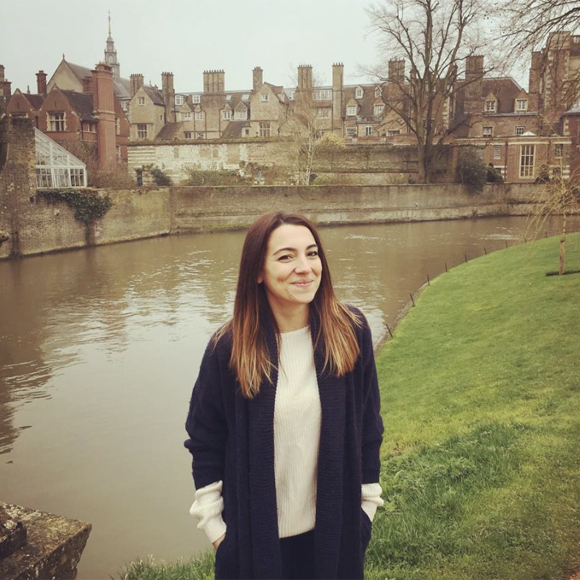 Originally from Turkey, she came to Cambridge to join Professor Magdalena Zernicka-Goetz’s team. “During my MSc, as a young passionate researcher-to-be, I was fascinated by her research, which resolves the puzzles in early mammalian life,” she says. “My dream has come true and I have spent several years at Cambridge now.”

Understanding the very early stages of embryo development is important because it may help explain why a significant number of human pregnancies fail at around the time the embryo implants into the wall of the uterus. Key events after implantation stage of embryo development are largely inaccessible to science because they occur in the ‘black box’ of the human uterus even before most women know that they are pregnant.

The research is not always easy, of course – her work with Professor Zernicka-Goetz, growing embryo-like structures from mouse stem cells, really is at the cutting-edge of research – but it can be hugely satisfying.

“Observing these self-developing embryo-like structures under the microscope is so exciting that I do not care even if there is a need to be in lab in the middle of night!” she says. “I still clearly remember the moment that I and my co-author saw these structures for the first time. It was a breath-taking moment. Those moments are what we live for in science.”

Berna is helping contribute to the immense legacy that Cambridge has to offer in embryology and stem cell research.

“I work in the same building where Nobel Laureate Bob Edwards succeeded in fertilising a human egg in vitro. Another Nobel Laureate Sir Martin Evans was the first to culture mouse embryonic stem cells and cultivate them in a laboratory at University of Cambridge,” she says. “These works revolutionised treatments for fertility and laid the foundations for human stem cell research. These great scientists paved the way for Magdalena’s pioneering research in embryology. I feel I couldn’t have been in any better place for my research than this.”

The beautiful images of early embryos produced by Professor Zernicka-Goetz’s team no doubt help inspire Berna’s other passion in life, photography. “Colours and patterns become glamorous behind the lens and I always find the beauty in everything,” she says. “I think this makes me a better biologist!”