Clinical treatment failure occurs in as many as one in six patients receiving ceftazidime for melioidosis. The mechanism described here represents the first explanation for failure of ceftazidime therapy, may be a frequent but undetected event, and provides us with an opportunity to seek ways to increase detection of these variants.

Professor Sharon Peacock, the team lead and a professor of clinical microbiology at both Mahidol University and the University of Cambridge

Researchers have identified a novel mechanism whereby the organism Burkholderia pseudomallei – the cause of melioidosis, a neglected tropical infectious disease – develops resistance to ceftazidime, the standard antibiotic treatment. The change also makes the drug-resistant bacterium difficult to detect.

B. pseudomallei is found in water and soil predominately in tropical climates and especially in South East Asia. It can infect both humans and animals and causes melioidosis. The disease often occurs in people who have underlying diseases such as type 2 diabetes or renal disease. Symptoms range from relatively mild to severe, and the mortality rate in Asia is as high as four out of ten cases.

Infection is treated using ceftazidime, a third-generation cephalosporin β-lactam antibiotic, which is a derivative of penicillin. This drug is often required for several weeks, during which the bacteria may develop resistance to it. Now, in a paper published in the Proceedings of the National Academies of Science, researchers from the Wellcome Trust-Mahidol University-Oxford Tropical Medicine Research Programme in Bangkok, Thailand, and the University of Cambridge, in collaboration with Colorado State University and Genome Institute of Singapore, have identified how the bacteria develop this resistance.

By comparing the genetic make-up of isolates taken from six patients that had become resistant to ceftazidime against their original infecting ceftazidime-susceptible strain, the researchers found a common, large-scale genomic loss involving at least 49 genes that is thought to arise spontaneously as the bacteria replicate and mutate. The researchers were able to demonstrate that a specific gene within this region was the cause of the drug resistance. This gene provides the genetic ‘code’ to create a protein that is important to bacterial cell division and that is normally the target for ceftazidime.

The researchers , who were funded by the Wellcome Trust, also found that these mutated forms of B. pseudomallei would not grow in common laboratory cultures, including bottles that are normally used to culture blood from people with bacterial infections, as well as the routine culture media used in the diagnostic laboratory. This makes the detection of the drug-resistant forms very difficult. Consequently, patients carrying this strain could continue to be treated with drugs that have become ineffective.

Professor Sharon Peacock, the team lead and a professor of clinical microbiology at both Mahidol University and the University of Cambridge, said: “Clinical treatment failure occurs in as many as one in six patients receiving ceftazidime for melioidosis. The mechanism described here represents the first explanation for failure of ceftazidime therapy, may be a frequent but undetected event, and provides us with an opportunity to seek ways to increase detection of these variants.”

Commenting on the research, Professor Danny Altmann, Head of Pathogens, Immunology and Population Health at the Wellcome Trust, said: “The development of drug resistance is a major concern for doctors, particularly in low and middle income countries. This study helps us understand how resistance can occur and can hopefully lead to better detection and treatment of drug-resistant forms of melioidosis, a life-threatening tropical disease.” 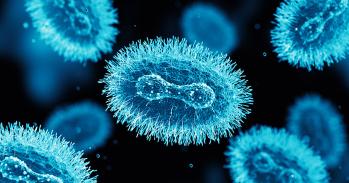 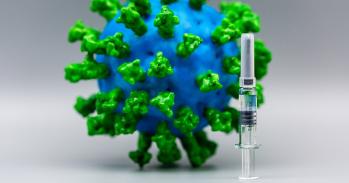