Rethinking the secrets of life: a code upon a code

Epigenetics is taking the biomedical research world by storm; three Cambridge scientists use examples from their own research to explain why.

Cracking the DNA structure in the early 1950s revolutionised the study of genetics in providing key information on how cells transmit information to the next generation. Five decades later, upon the publication of the draft human genome sequence, we entered the so-called post-genomic era. The ability to interrogate our complete DNA sequence has allowed a field of genomic medicine to emerge that has had profound promise for our understanding of genetic disease.

But our genomes constitute more than just the linear DNA blueprint. DNA is bundled into three-dimensional chromosome structures. This packaging is influenced by molecular flags known as epigenetic modifications that are attached to the DNA and to the proteins that organise it into chromosomes. These chemical modifications (including methylation and acetylation) determine whether parts of chromosomes are tightly or loosely packaged, which in turn influences whether a gene has the potential to be switched on or off.

Remarkably, during cell division, cells acquire the same epigenetic modifications as their parent cell, resulting in the heritable transmission of these epigenetic states and a ‘memory’ of a cell’s identity. Epigenetic states, however, have inherent flexibility because they can undergo normal regulated change in response to particular stimuli, to modulate gene expression as the need arises; for example, during the development of stem cells into particular organ systems. If these natural epigenetic processes occur improperly, major adverse health and behaviours can ensue. Epigenetic modifications therefore render our genomes functionally flexible, adaptable and vulnerable.

The study of the epigenetic control of genome function has led to the dawn of a new revolution that some have coined the ‘epigenomic era’. Professor Anne Ferguson-Smith (Department of Physiology, Development and Neuroscience), Dr Miguel Constância (Department of Obstetrics and Gynaecology) and Dr Sue Ozanne (Metabolic Research Laboratories at the Institute of Metabolic Science) are studying epigenetic processes that confer long-term memory to genes under the influence of the cellular environment, with far-reaching implications for human reproduction and health.

An epigenetic voyage in space and time

Epigenetic mechanisms of gene regulation are important throughout development, from when the sperm first meets the egg (fertilisation), through early lineage decisions, to fetal development and postnatal life. Somatic epigenetic modifications need to be ‘reprogrammed’ in germ cells and also in early embryos so as to achieve developmental pluripotency, whereby cells can give rise to all the cells needed in the developing fetus. This normally results in epigenetic marks that are different in some locations on chromosomes inherited from eggs compared with those inherited from sperm.

For 99% of genes inherited by the embryo, gene expression can occur from both the maternally and paternally inherited versions. But the remaining 1% are ‘imprinted’, which means that only one of the two gene copies is expressed after fertilisation. The teams of Professor Ferguson-Smith and Dr Constância use imprinted genes as tractable experimental systems for studying the epigenetic control of genome function and its role in mammalian development. Recently, Professor Ferguson-Smith’s team showed that a DNA-binding protein plays a key role in the programming of imprints, providing a link between the underlying DNA sequence and the regulation of epigenetic marks.

Why do we need imprinting and what are its evolutionary consequences? The Cambridge researchers have discovered that the functional epigenetic asymmetry that exists between the genomes of the parents has important influences during pregnancy and throughout life. These effects include contributions to the allocation of maternal resources – especially to the control of key aspects of mammalian physiology related to growth and adaptations to feeding and metabolism.

Dr Constância’s group has recently described the effects of one gene that is expressed only from the copy inherited from the father. The gene for insulin-like growth factor 2 (Igf2) operates in a vital area of the placenta where maternal and fetal blood mix and nutrients are exchanged, controlling the influx of nutrients to the fetus. Igf2 also operates in fetal tissues to control the level of demand for nutrients. These studies raise the novel concept that imprinted genes are key genetic regulators of the supply of, and genetic demand for, maternal nutrients to the mammalian fetus. This may have implications for our understanding of the selective forces that led to the evolution of the process of imprinting.

The control of nutritional resources is now known to apply to many other epigenetically regulated imprinted genes controlling growth in the mother’s womb and also after birth. Work by Professor Ferguson-Smith’s group has looked in further detail at such genes and has shown that imprinted genes can also influence normal metabolism.

We are what we eat

The diet of an individual has important health issues at any stage of life – ‘we are what we eat’ after all. There is growing evidence from studies both in humans and in animal models that maternal diet during pregnancy is particularly important as it has major long-term health consequences, including risk of developing type 2 diabetes, heart disease and obesity – so in some ways ‘we are also what our mothers ate’. This has been termed the developmental origins of health and disease hypothesis. It suggests that subtle differences in nutrition or other early environmental factors during fetal or early postnatal life lead to permanent alterations in the structure and function of important organs, leaving a legacy of disease susceptibility in later life.

Dr Ozanne’s group has shown that reducing the protein intake of pregnant rodents leads to type 2 diabetes, obesity and premature death in the offspring. This is accompanied by permanent changes in the expression of genes regulating insulin production and action. All three research teams are currently investigating what the molecular mechanisms could be that connect the effects of maternal diet during pregnancy with gene expression in the offspring many years later (i.e. after many rounds of cell division). Not surprisingly, permanent changes in the epigenetic marks on DNA, and therefore effects on gene programmes throughout development and into adult life, are emerging as a major player. For example, Dr Ozanne and Dr Constância have recently discovered that a reduction in protein intake during pregnancy alters the epigenetic marks on the regulatory regions of important genes in the pancreas, leading to differences in their expression.

Epigenetic processes are not confined to nutrition and growth – many other systems under epigenetic influence are also now coming to light. These include the ability of plants to respond to seasons, the capacity of chromosomes to segregate properly during cell division, and many of the key changes that occur in cancer and neurological disorders. It seems that our genetic future lies not only in studying the skeleton that is our DNA, but also in understanding the epigenetic modifications that clothe it. 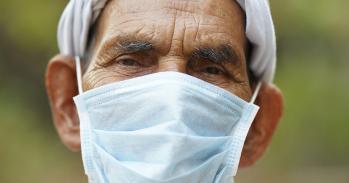