Abulafia wins for his epic history of humanity’s relationship with the world’s oceans, The Boundless Sea.

A remarkable book which through immense and impeccable research helps us to understand humanity’s relationship with the waters on which our future depends.

This year’s Wolfson History Prize has been awarded to David Abulafia, Emeritus Professor of Mediterranean History and Fellow of Gonville and Caius College, for his book The Boundless Sea: A Human History of the Oceans, published last autumn.

The book traces the history of human movement, trade and communication around and across the world's greatest bodies of water, charting our relationship with the oceans from the time of the earliest seafaring societies to the maritime networks of today’s container ships.

The award was announced on Monday night at the Wolfson Prize’s first virtual ceremony, which featured guest appearances from previous winners, including Professor Mary Beard from the University’s Faculty of Classics. The virtual winner announcement can be viewed below.

The Chair of the Wolfson Prize judging panel, Professor David Cannadine, described the book as one of “deep scholarship” and said it was brilliantly written.

“The Boundless Sea tackles a world encompassing subject: humanity’s constantly changing relationship with the seas that cover most of our planet and on which our very lives depend,” Cannadine said.

In The Boundless Sea, Abulafia follows merchants, explorers, pirates, cartographers and travellers in their quests for spices, gold, ivory, slaves, lands for settlement and knowledge of what lay beyond. It builds on Abulafia’s previous book The Great Sea, a human history of the Mediterranean.

The Boundless Sea aims to go beyond “Eurocentric” approaches, examining the Atlantic waters before Columbus, and showing how lucrative trade routes were created that carried goods and ideas along the "Silk Route of the Sea" well before Europeans burst into the Indian Ocean around 1500.

“Winning the Wolfson History Prize I see as a tribute to all of us who have been trying to communicate history to the public, writing in an accessible way without jargon, and making sure that people see the past as an essential part of our human experience,” said Abulafia, a former Chair of Cambridge’s Faculty of History.

The Wolfson History Prize is run and awarded by the Wolfson Foundation, an independent charity that awards grants in the fields of science, health, heritage, humanities, and the arts.

Paul Ramsbottom, chief executive at the Wolfson Foundation, said that the Prize celebrates “the importance to society of outstanding and accessible history writing”.

“David Abulafia’s book is magnificently ambitious, brilliantly examining the changing, extraordinary connections between the vast oceans and humanity,” said Ramsbottom. “While broad in chronological sweep, this clearly has a strong contemporary resonance – as our relationship with the natural world (including the oceans) is under scrutiny as never before.”

Professor David Abulafia is a maritime historian who has spent his career teaching and researching in the History Faculty at Cambridge University. He is the Papathomas Professorial Fellow of Gonville and Caius College, and a Fellow of the British Academy. 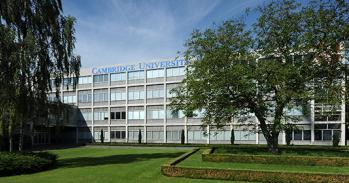