Women who experience pregnancy loss and do not go on to have children are at greater risk of cardiovascular disease, such as heart disease and stroke, compared with women who have only one or two children, according to new research from the University of Cambridge and the University of North Carolina.

Women who experience pregnancy loss and do not go on to have children are at greater risk of cardiovascular disease, such as heart disease and stroke, compared with women who have only one or two children, according to new research from the University of Cambridge and the University of North Carolina.

The study, published today in the Journal of Women’s Health, also found that women who have five or more children are at an increased risk of cardiovascular disease in later life.

Cardiovascular disease is the leading cause of death among women in every major developed country and most emerging economies. Approximately 28,000 women die from heart attacks each year in the UK. In 2016 alone, 20,000 women died after having a stroke – a higher number that that in men.

During pregnancy, the mother’s body experiences changes during pregnancy including weight gain and accumulation of abdominal fat, higher levels of cholesterol, increased insulin resistance, and changes in the structure of the heart. Although most changes that occur during pregnancy are temporary, these changes are known to be risk factors for cardiovascular disease in the general population.

Previous studies have attempted to assess the relationship between pregnancy and childbirth on the one hand and cardiovascular disease on the other. However, due to limitations in these studies – including not taking into account breastfeeding history and grouping together women who had never been pregnant with those who had been pregnant but experienced pregnancy loss – their results have been inconclusive and sometimes contradictory.

In this new study, a team of researchers in the US and the UK analysed data from more than 8,500 White and African-American women, aged 45-64 years, in the US. This included health service data on cardiovascular disease over a thirty year period (1987-2016) and self-reported data on the number of pregnancies and births, and breastfeeding practices.

The researchers found that women who experienced pregnancy loss and did not have any live born children were at 64% greater risk of both coronary heart disease and 46% greater risk of heart failure compared to women with one or two children. Women with five or more births had a 38% higher risk of having serious heart attack, regardless of how long they breastfed for.

The team say that there may be several possible reasons for the link between cardiovascular risk and multiple births. Repeated pregnancies could result in long-lasting changes within the body including weight gain, especially around the waist, and increased levels of cholesterol in the blood. Also, the number of children a woman has also encompasses other factors including child-rearing, age at menopause and health conditions. Therefore, the researchers say it is unclear whether the increased risk of heart failure, coronary heart disease and heart attacks reflect the direct impact of repeated pregnancies, or the stressors associated with rearing multiple children, or both.

The increased risk of coronary heart disease and heart failure found in women with prior pregnancies, but no live born children, may reflect the increased risk previously identified after a history of miscarriage. Several mechanisms have been proposed to underlie the relationship between miscarriage and coronary heart disease, including immune disorders, chronic disease and dysfunction of the endothelium (cells that line the interior of blood vessels).

“Conditions such as heart disease and stroke together are the leading cause of death in women in the developed world and it is essential that we understand why this is the case,” says Dr Clare Oliver-Williams, a Junior Research Fellow at Homerton College who works at from the Department of Public Health and Primary Care at the University of Cambridge. “Our work suggests that there is a relation between cardiovascular disease risk and both pregnancy loss and having a large number of births.

“This study isn’t designed to stress and worry women, especially those who have experienced the distress of pregnancy loss. Instead we want to empower women with knowledge that will help them to reduce their risk.

“Most women know by the age of 40 how many children and pregnancy losses they have had, which is years before most heart attacks and strokes occur. This provides a window of opportunity to make lifestyle changes, such as exercise and diet that can help reduce the risk of cardiovascular disease.”

The research was funded by the National Heart, Lung, and Blood Institute, National Institutes of Health, Department of Health and Human Services, in the USA, and the British Heart Foundation and Homerton College, University of Cambridge, in the UK. 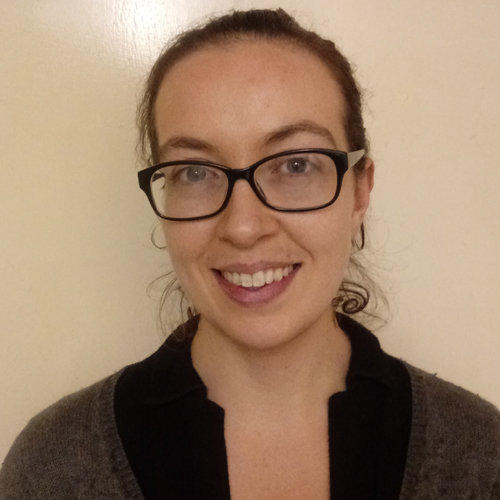 Dr Clare Oliver-Williams first came to Cambridge in 2002 to study Natural Science as an undergraduate “and never fully left”, as she puts it. She studied her PhD here and is now a Junior Research Fellow at Homerton College.

Clare took a career break to have a family, but says she received “excellent support that made returning to academia feasible and enjoyable”. Her time now tends to be spent between her college or the Department of Public Health and Primary Care, though her research involves collaborating with researchers across the world, including in the United States and Europe, which has given her the opportunity to travel widely including to Denmark and North Carolina.

“Cambridge is a wonderful place to work for so many reasons,” she says. “It’s a hub of knowledge and activity, bringing together people from around the world. The enthusiasm so many researchers have for their work is infectious. It can make for inspiring conversations where you hear about the work and passions of others. Even when the topic of conversation is far removed from your own interests, you walk away feeling energised and motivated.”

Clare’s own research builds on her PhD, which focused on the link between miscarriages and the development of heart disease in women. She is now trying to understand the relationship between a range of female traits, such as the menopause and pregnancy, and the risk of cardiovascular disease.

“Cardiovascular disease is often thought of as a primarily male disease, but it affects large numbers of women as well,” she says. “Women undergo unique experiences in their reproductive life which may affect their risk of cardiovascular disease. I want to further our understanding of what these experiences are, and what they mean for the long-term health of women.”

Clare says she has already had her own, “tiny 15 minutes of fame” when at a British Cardiovascular Society conference, where her work led to a surprising amount of media attention, including being interviewed on live radio, being recorded for a podcast and responding to lots of email queries. It also helped her get noticed by her fellow conference attendees.

“To top it all off, I ended up winning a prize at the hackathon, an event devoted to developing solutions to clinical problems. As the announcement of the winners was late, my team mate and I ended up with my children alongside us when we accepted the award on stage!”