Pop-up mints and coins made from prayers

In the tumultuous upheaval of the English Civil War, Royalist castles under siege used ‘pop-up’ mints to make coins to pay their soldiers. A unique display at the Fitzwilliam Museum tells the centuries-old story of emergency currency made from gold, silver and compressed prayer books.

Emergency coins show how a micro-economy developed during times of siege.

We’re used to the kind of circular coins that jangle in your pocket. But this one is lozenge-shaped and features a crude impression of a castle on its face. Its edges are sharp.

A silver shilling piece, it was made in 1648 during the bloody siege of Pontefract Castle. Today it’s one of 80 examples of currency on display at the Fitzwilliam Museum. The temporary exhibition – Currencies of Conflict – is thought to be the first dedicated exclusively to emergency money.

The focus is on coinage that reflects the turmoil of the English Civil War. But the exhibition also sets these coins within a wider context of 2,500 years of history and features some rarely shown items from the Fitzwilliam’s outstanding collection.

Between 1644 and 1649, the Royalist stronghold of Pontefract Castle was besieged three times by the Parliamentary forces led by Oliver Cromwell. Royalists loyal to King Charles 1 also held out at Carlisle, Newark and Scarborough Castles. All eventually fell to the Parliamentarians.

Examples of siege coinage from all four castles appear in the display. These coins were made by craftsmen working within the fortress walls, using metal obtained from melting down objects requisitioned from the occupants of the castle and town.

People, and especially soldiers, had to be paid to ensure their continued loyalty. “We don’t know how many emergency coins were made during these sieges but a contemporary journal entry from Carlisle suggests that £323 of shilling pieces were struck from requisitioned plate. They show how a micro-economy developed during times of siege,” said curator Richard Kelleher.

Although the quality and weight of the silver, and (rarely) gold, was generally good, the manufacture was often much less sophisticated. In temporary mints, pieces of metal were stamped with ‘dies’ of varied workmanship, from the crude designs at Carlisle to the accomplished work of the Newark engraver.

“In the emergency conditions of a siege, coins were sometimes diamond-shaped or hexagonal as these shapes were easier to cut to specific weights than conventionally minted coins which required the specialist machinery of the mint,” said Kelleher.

In the medieval period, numerous mints operated across England but by 1558 there was only one royal mint and it was in the Tower of London. During the Civil War, Charles I moved his court to Oxford, establishing a mint in the city. A stunning gold ‘triple unite’ (a coin worth £3 – one of the largest value coins ever minted) is an example of the fine workmanship of the Oxford mint.

On its face it shows a finely executed bust of the king holding a sword and olive branch, while the reverse carries the Oxford Declaration: "The Protestant religion, the laws of England, and the liberty of Parliament." Another rare coin from Oxford is a silver pound coin weighing more than 120g showing the king riding a horse over the arms of his defeated enemies.

Also displayed is a silver medal, made during the short Protectorate headed by Oliver Cromwell. It commemorates the Battle of Dunbar of 1650 when Cromwell’s forces defeated an army loyal to Charles II. Its face shows the bust of Cromwell with battle scenes in the background, while the reverse shows the interior view of Parliament with the speaker sitting in the centre. 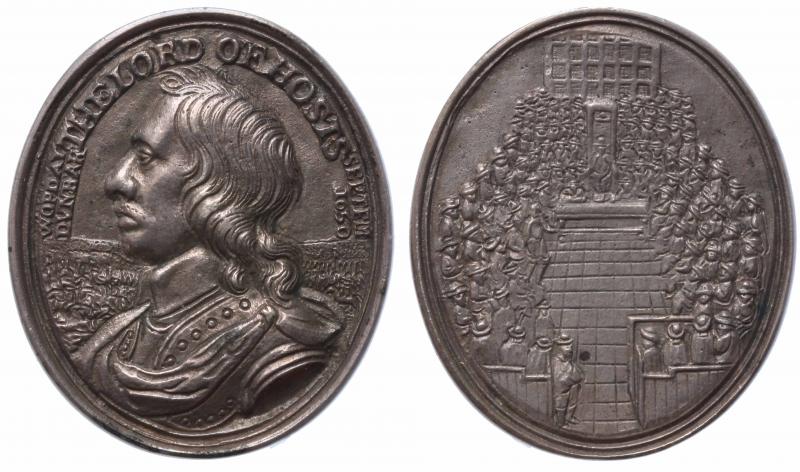 The earliest piece in the exhibition is an electrum coin dating from the 6th century BC. It originates from the kingdom of Lydia (western Turkey) and depicts a lion and a bull in combat. The earliest reference to coinage in the literature records a payment in coin by the Lydian king for a military purpose.

A Hungarian medal, commemorating the recapture of Budapest, provides a snapshot of a famous siege in progress. The walls are surrounded by cavalry and infantry complete with the machinery of siege warfare – artillery pieces – which have breached the walls.

This medal was also used as a vehicle for propaganda. The reverse carries the image of the Imperial eagle (representing the Habsburg Empire) defending its nest from an attacking dragon which represents the threat of the Ottoman Empire. 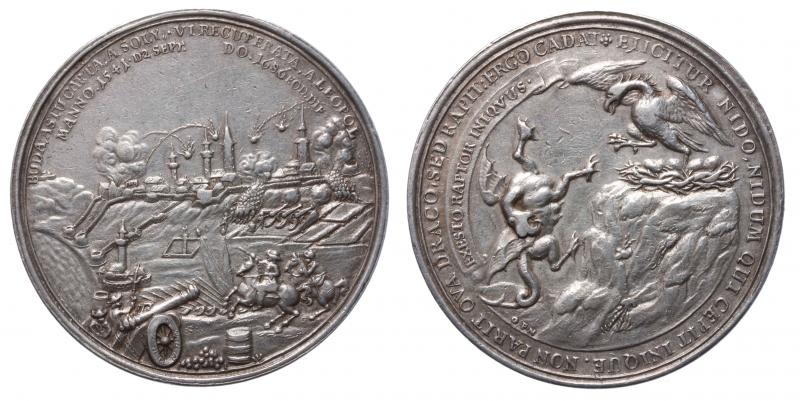 Much less elaborate are examples of coins made in circumstances when precious metals were in short supply. A 16th-century Dutch token is made from compressed prayer books and a piece from occupied Ghent in the First World War is made of card.

Extremely vulnerable to damp, these coins’ survival is little short of miraculous. During the siege of Leiden the mayor requisitioned all metal, including coins, for the manufacture of weapons and ammunition. In return, citizens were given token coins made from hymnals, prayer books and bibles. 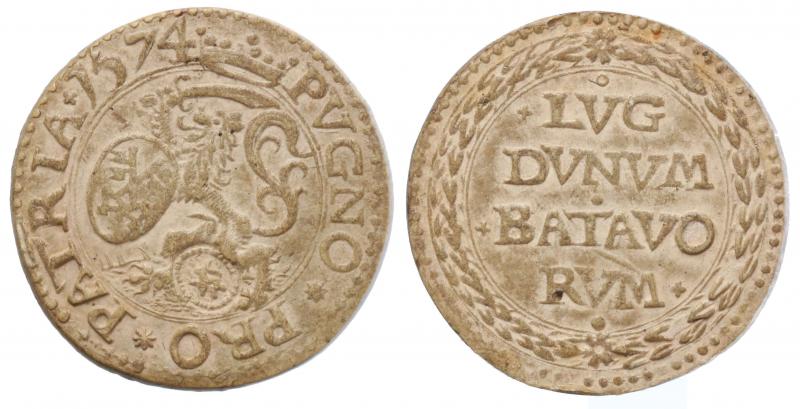 Bringing the narrative of currency and conflict into the 20th century are paper currencies of the Second World War. Britain and its American allies issued currency for liberated areas of Italy and France, and for occupied Germany. 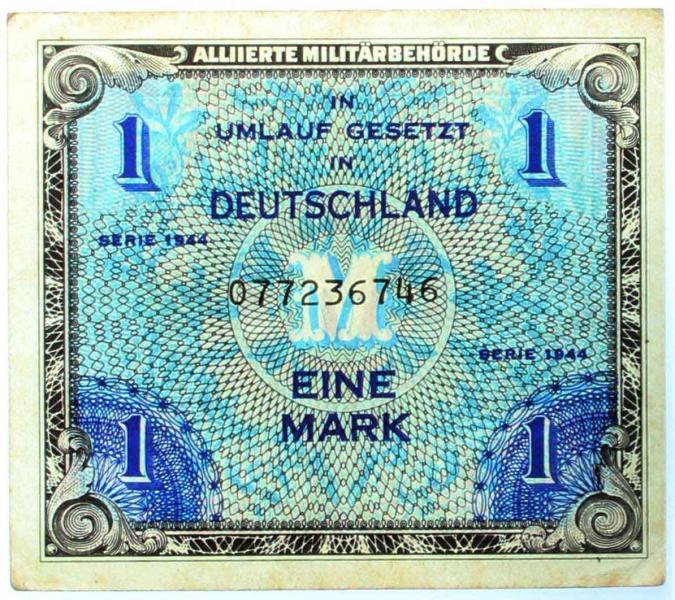 The temporary exhibition Currencies of Conflict: siege and emergency money from antiquity to WWII continues at the Fitzwilliam Museum until 23 February 2018. Admission is free.