Craniectomy – a surgical procedure in which part of the skull is removed to relieve brain swelling – significantly reduces the risk of death following traumatic brain injury, an international study led by the University of Cambridge has found.

Traumatic brain injury is a serious injury to the brain, often caused by road traffic accidents, assaults or falls. It can lead to dangerous swelling in the brain which, in turn, can lead to brain damage or even death.

A team led by researchers at the Department of Clinical Neurosciences, University of Cambridge, and based at Addenbrooke's Hospital, recruited over 400 traumatic brain injury patients over a ten-year period from the UK and another 19 countries worldwide. They then randomly assigned the patients to one of two groups for treatment – craniectomy or medical management.

In research published this week in the New England Journal of Medicine, the researchers report that six months after the head injury, just over one in four patients (27%) who received a craniectomy had died compared to just under a half (49%) of patients who received medical management. However, the picture was complicated as patients who survived after a craniectomy were more likely to be dependent on others for care (30.4% compared to 16.5%).

Further follow-up showed that patients who survived following a craniectomy continued improving from six to 12 months after injury. As a result, at 12 months, nearly half of craniectomy patients were at least independent at home (45.4%), as compared with one-third of patients in the medical group (32.4%).

Peter Hutchinson, Professor of Neurosurgery at the Department of Clinical Neurosciences at Cambridge, says: “Traumatic brain injury is an incredibly serious and life-threatening condition. From our study, we estimate that craniectomies can almost halve the risk of death for patients with a severe traumatic brain injury and significant swelling. Importantly, this is the first high-quality clinical trial in severe head injury to show a major difference in outcome. However, we need to be really conscious of the quality of life of patients following this operation which ranged from vegetative state through varying states of disability to good recovery.”

Angelos Kolias, Clinical Lecturer at the Department, adds: “Doctors and families will need to be aware of the wide range of possible long-term outcomes when faced with the difficult decision as to whether to subject someone to what is a major operation. Our next step is to look in more detail at factors that predict outcome and at ways to reduce any potential adverse effects following surgery. We are planning to hold a consensus meeting in Cambridge next year to discuss these issues.”

The research was funded by the Medical Research Council (MRC) and managed by the National Institute for Health Research (NIHR) on behalf of the MRC–NIHR partnership, with further support from the NIHR Cambridge Biomedical Research Centre, the Academy of Medical Sciences, the Health Foundation, the Royal College of Surgeons of England and the Evelyn Trust. 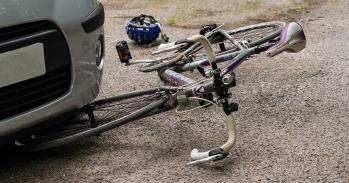