A study in mice has shown that it may be possible to detect the early signs of atherosclerosis, which leads to blocked arteries, by looking at how cells in our blood vessels change their function.

The muscle cells that line the blood vessels have long been known to multi-task. While their main function is pumping blood through the body, they are also involved in ‘patching up’ injuries in the blood vessels. Overzealous switching of these cells from the ‘pumping’ to the ‘repair’ mode can lead to atherosclerosis, resulting in the formation of ‘plaques’ in the blood vessels that block the blood flow.

Using state-of-the art genomics technologies, an interdisciplinary team of researchers based in Cambridge and London has caught a tiny number of vascular muscle cells in mouse blood vessels in the act of switching and described their molecular properties. The researchers used an innovative methodology known as single-cell RNA-sequencing, which allows them to track the activity of most genes in the genome in hundreds of individual vascular muscle cells.

Their findings, published today in Nature Communications, could pave the way for detecting the ‘switching’ cells in humans, potentially enabling the diagnosis and treatment of atherosclerosis at a very early stage in the future.

Atherosclerosis can lead to potentially serious cardiovascular diseases such as heart attack and stroke. Although there are currently no treatments that reverse atherosclerosis, lifestyle interventions such as improved diet and increased exercise can reduce the risk of the condition worsening; early detection can minimise this risk.

“We knew that although these cells in healthy tissues look similar to each other, they are actually quite a mixed bag at the molecular level,” explains Dr Helle Jørgensen, a group leader at the University of Cambridge’s Division of Cardiovascular Medicine, who co-directed the study. “However, when we got the results, a very small number of cells in the vessel really stood out. These cells lost the activity of typical muscle cell genes to various degrees, and instead expressed a gene called Sca1 that is best known to mark stem cells, the body’s ‘master cells’.”

The ability to detect the activity (or ‘expression’) of thousands of genes in parallel in these newly-discovered cells has been a game-changer, say the researchers.

“Single-cell RNA-sequencing has allowed us to see that in addition to Sca1, these cells expressed a whole set of other genes with known roles in the switching process,” says Lina Dobnikar, a computational biologist based at Babraham Institute and joint first author on the study. “While these cells did not necessarily show the properties of fully-switched cells, we could see that we caught them in the act of switching, which was not possible previously.”

To confirm that these unusual cells originated from muscle cells, the team used another new technology, known as lineage labelling, which allowed the researchers to trace the history of a gene’s expression in each cell.

“Even when the cells have entirely shut down muscle cell genes, lineage labelling demonstrated that at some point either they or their ancestors were indeed the typical muscle cells,” says Annabel Taylor, a cell biologist in Jørgensen’s lab and joint first author on the study.

Knowing the molecular profile of these unusual cells has made it possible to study their behaviour in disease. Researchers have confirmed that these cells become much more numerous in damaged blood vessels and in atherosclerotic plaques, as would be expected from switching cells.

“We were fortunate in that single-cell RNA-sequencing technologies had been rapidly evolving while we were working on the project,” says Dr Mikhail Spivakov, a genomics biologist and group leader at MRC London Institute of Medical Sciences, who co-directed the study with Jørgensen. Dr Spivakov carried out the work while he was a group leader at the Babraham Institute. “When we started out, looking at hundreds of cells was the limit, but for the analysis of atherosclerotic plaques we really needed thousands. By the time we got to doing this experiment, it was already possible.”

In the future, the findings by the team may pave the way for catching atherosclerosis early and treating it more effectively.

“Theoretically, seeing an increase in the numbers of switching cells in otherwise healthy vessels should raise an alarm”, says Jørgensen. “Likewise, knowing the molecular features of these cells may help selectively target them with specific drugs. However, it is still early days. Our study was done in mice, where we could obtain large numbers of vascular muscle cells and modify their genomes for lineage labelling. Additional research is still required to translate our results into human cells first and then into the clinic.”

The research was funded by the British Heart Foundation and UK Research and Innovation. 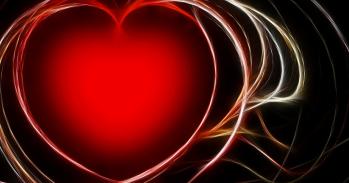 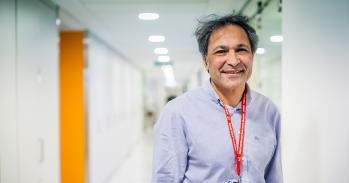