Researchers at the University of Cambridge, in collaboration with the University of Edinburgh, have shown how a radioactive agent developed in the 1960s to detect bone cancer can be re-purposed  to highlight the build-up of unstable calcium deposits in arteries, a process that can cause heart attack and stroke.

The technique, reported in the journal Nature Communications, could help in the diagnosis of these conditions in at-risk patients and in the development of new medicines.

Atherosclerosis – hardening of the arteries – is a potentially serious condition where arteries become clogged by a build-up of fatty deposits known as ‘plaques’. One of the key constituents in these deposits is calcium. In some people, pieces from the calcified artery can break away – if the artery supplies the brain or heart with blood, this can lead to stroke or heart attack.

“Hardening, or ‘furring’, of the arteries can lead to very serious disease, but it’s not clear why the plaques are stable in some people but unstable in others,” explains Professor David Newby, the BHF John Wheatley Professor of Cardiology at the Centre for Cardiovascular Science, University of Edinburgh. “We need to find new methods of identifying those patients at greatest risk from unstable plaques.”

The researchers injected patients with sodium fluoride that had been tagged with a tiny amount of a radioactive tracer. Using a combination of scanning techniques (positron emission tomography (PET) and computed tomography (CT)), the researchers were able to track the progress of the tracer as it moved around the body.

“Sodium fluoride is commonly found in toothpaste as it binds to calcium compounds in our teeth’s enamel,” says Dr Anthony Davenport from the Department of Experimental Medicine and Immunotherapeutics at the University of Cambridge, who led the study. “In a similar way, it also binds to unstable areas of calcification in arteries and so we’re able to see, by measuring the levels of radioactivity, exactly where the deposits are building up. In fact, this new emerging technique is the only imaging platform that can non-invasively detect the early stages of calcification in unstable atherosclerosis.”

Following their sodium fluoride scans, the patients had surgery to remove calcified plaques and the extracted tissue was imaged, this time at higher resolution, using a laboratory PET/CT scanner and an electron microscope. This confirmed that the radiotracer accumulates in areas of active, unstable calcification whilst avoiding surrounding tissue.

Dr James Rudd, a cardiologist and researcher from the Department of Cardiovascular Medicine at the University of Cambridge adds: “Sodium fluoride is a simple and inexpensive radiotracer that should revolutionise our ability to detect dangerous calcium in the arteries of the heart and brain. This will allow us to use current treatments more effectively, by giving them to those patients at highest risk. In addition, after further work, it may be possible to use this technique to test how well new medicines perform at preventing the development of atherosclerosis.”

The Wellcome Trust provided the majority of support for this study, with additional contributions from the British Heart Foundation, Cancer Research UK and the Cambridge NIHR Biomedical Research Centre. 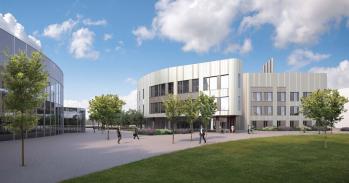 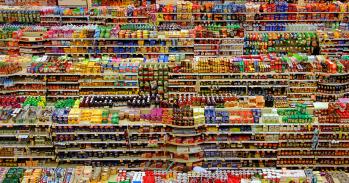