We are excited to have developed a practical and efficient method to create stem cells from a cell type found in blood.

Dr Amer Rana, of the University of Cambridge's Department of Medicine

Scientists have discovered a patient-friendly and efficient way to make stem cells out of blood, increasing the hope that scientists could one day use stem cells made from patients’ own cells to treat cardiovascular disease.  Their research was published today in the journal Stem Cells: Translational Medicine.

The study, funded by the British Heart Foundation (BHF), Medical Research Council (MRC) and Wellcome Trust, outlines a way for scientists to get the cells they need to make induced pluripotent stem (iPS) cells (3) from a routine blood sample. Previously scientists have struggled to find an appropriate type of cell in the blood that can be turned into a stem cell, and often make iPS cells from skin or other tissues, which can require a surgical procedure, like a biopsy.

Dr Amer Rana and his colleagues at the University of Cambridge grew patients’ blood in the lab and isolated what are known as ‘late outgrowth endothelial progenitor cells’ (L-EPCs) to turn into iPS cells. The iPS cells can then be turned into any other cell in the body, including blood vessel cells or heart cells – using different cocktails of chemicals. Scientists use these cells to study disease, and ultimately hope to grow them into tissue to repair the damage caused by heart and circulatory diseases.

Dr Amer Rana, of the University of Cambridge, said of the research: “We are excited to have developed a practical and efficient method to create stem cells from a cell type found in blood. Tissue biopsies are undesirable – particularly for children and the elderly – whereas taking blood samples is routine for all patients.

“Researchers can freeze and store the blood cells, and then turn them into iPS cells at a later stage, rather than having to transform them as soon as they are sourced, as is the case for other cell types used previously. This will have tremendous practical value – prolonging the ‘use by date’ of patient samples.”

Shannon Amoils, Research Advisor at the BHF, said: “iPS cells offer great potential – both for the study and potentially the future treatment of cardiovascular diseases. As iPS cells are made from the patient’s own tissue, they can be used to study diseases and hopefully one day to repair damaged tissue without being attacked by the body’s immune system.

“Being able to efficiently produce iPS cells using cells from a blood sample will make it easier for researchers to push this technology forward. But there are still many hurdles to overcome before this kind of technique could be used to treat patients.”

Dr Paul Colville-Nash, regenerative medicine Programme Manager at the MRC, said: “iPS cell technology offers an exciting new approach to building lab-based models of disease, which can be used to understand illness and test new drugs, as well as the possibility for cell replacement therapy in the longer term. Being able to produce iPS cells from an easy to obtain source such as blood should further support the rapid progress being made in this field and enhance the application of this technology to the fight against human disease.” 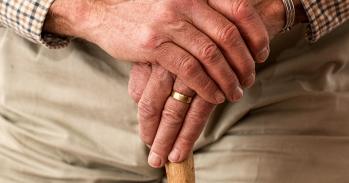