The swirling currents occur when the rodlike structures that extend inward from the cells’ membranes bend in tandem, like stalks of wheat caught in a strong breeze, according to a study from the University of Cambridge and the Flatiron Institute.

The mechanism of the swirling instability is disarmingly simple, and the agreement between our calculations and experimental observations supports the idea that this is indeed the process at work in fruit fly egg cells

Egg cells are among the largest cells in the animal kingdom. Unpropelled, a protein could take hours or even days to drift from one side of a forming egg cell to the other. Luckily, nature has developed a faster way: scientists have spotted cell-spanning whirlpools in the immature egg cells of animals such as mice, zebrafish and fruit flies. These vortices make cross-cell commutes take just a fraction of the time. But scientists didn’t know how these crucial flows formed.

Using mathematical modeling, researchers say they now have an answer. The gyres result from the collective behavior of rodlike molecular tubes called microtubules that extend inward from the cells’ membranes. Their results are reported in the journal Physical Review Letters.

“While much is not understood about the biological function of these flows, they distribute nutrients and other factors that organise the body plan and guide development,” said study co-lead author David Stein, a research scientist at the Flatiron Institute’s Center for Computational Biology (CCB) in New York City. And given how widely they have been observed, “they are probably even in humans.”

Scientists have studied cellular flows since the late 18th century, when Italian physicist Bonaventura Corti peered inside cells using his microscope. What he found were fluids in constant motion, however scientists didn’t understand the mechanisms driving these flows until the 20th century.

The culprits, they found, are molecular motors that walk along the microtubules. Those motors haul large biological payloads such as lipids. Carrying the cargo through a cell’s relatively thick fluids is like dragging a beach ball through honey. As the payloads move through the fluid, the fluid moves too, creating a small current.

Sometimes those currents aren’t so small. In certain developmental stages of a common fruit fly’s egg cell, scientists spotted whirlpool-like currents that spanned the entire cell. In these cells, microtubules extend inward from the cell’s membrane like stalks of wheat. Molecular motors climbing these microtubules push downward on the microtubule as they ascend. That downward force bends the microtubule, redirecting the resulting flows.

Previous studies looked at this bending mechanism, but only for isolated microtubules. Those studies predicted that the microtubules would wave around in circles, but their behavior didn’t match the observations.

“The mechanism of the swirling instability is disarmingly simple, and the agreement between our calculations and the experimental observations by various groups lends support to the idea that this is indeed the process at work in fruit fly egg cells,” said Professor Raymond Goldstein from Cambridge’s Department of Applied Mathematics and Theoretical Physics. “Further experimental tests should be able to probe details of the transition between disordered and ordered flows, where there is still much to be understood.”

In the new study, the researchers added a key factor to their model: the influence of neighboring microtubules. That addition showed that the fluid flows generated by the payload-ferrying motors bend nearby microtubules in the same direction. With enough motors and a dense enough packing of microtubules, the authors found that all the microtubules eventually lean together like wheat stalks caught in a strong breeze. This collective alignment orients all the flows in the same direction, creating the cell-wide vortex seen in real fruit fly cells.

While grounded in reality, the new model is stripped down to the bare essentials to make clearer the conditions responsible for the swirling flows. The researchers are now working on versions that more realistically capture the physics behind the flows to understand better the role the currents play in biological processes. 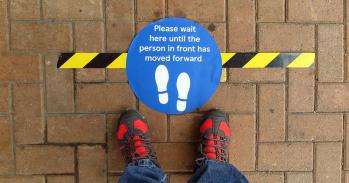