Researchers say Tories are “right to be worried” about parts of the Home Counties due to fears over the meaning of levelling up. The study also investigates national identity, finding some attitudes run counter to ‘Little Englander’ labels.

More than half of people across England (53%) think the government’s ‘levelling up’ strategy will either make no difference locally or result in less money for their area, according to a new survey study conducted by the University of Cambridge and YouGov.

While more than two-thirds of English people (68%) are behind the idea of reducing regional inequalities, believing it should be a “high or medium priority” for the government, one in two respondents across England suspect that levelling up will either not affect their local economy or actively harm it.

The research suggests major regional splits. Almost half (47%) of people in London and the South East think ‘levelling up’ will mean less government investment in their area, and only 18% think it should be one of government’s top four priorities.

However, in the Midlands and the North – regions with more post-industrial areas that could benefit from this policy programme – support for ‘levelling up’ is much higher, but not overwhelming: 40% think it should be a high priority, and 41% believe their local area will see more money as a result.

The research, conducted in May of this year and published today by the Bennett Institute for Public Policy and YouGov-Cambridge Centre for Public Opinion Research, also gathered data on national identity along with English attitudes to Brexit and Scottish independence.

“Those Conservatives raising concerns over how a focus on levelling up might affect party support in the Home Counties are right to be worried,” said report co-author Prof Michael Kenny, Director of Cambridge’s Bennett Institute.

“Johnson insists that levelling up will not mean ‘robbing Peter to pay Paul’, but residents of south east England appear to suspect the agenda will involve some redistribution, and that they will be on the losing end of it.”

“However, large numbers of voters in historically Labour seats across the Midlands and North appear willing to buy the Prime Minister’s rhetoric, for the time being at least – underlying the depth of the challenge facing Keir Starmer in these areas,” Kenny said.

The research follows a recent Bennett Institute report calling for 25% of both the Levelling Up and Towns funds to go towards spending on “social infrastructure”: the amenities and businesses that plug people into their local communities – from pubs and parks to libraries and sports clubs.

“A focus on services such as cinemas, museums and leisure centres may be a fast way of boosting local employment and pride, helping to assuage cynicism towards the levelling up agenda,” said Kenny.

“Government has an ingrained bias towards large-scale infrastructure projects such as HS2. Interventions that seek to restore dilapidated town centres or support local initiatives are far more socially and economically beneficial than many in government appreciate.”

The previous report, part of the Institute’s Townscapes project, highlights the fact that social infrastructure-related services account for almost half the jobs in some “left behind” towns, such as Skegness (46% of total employment).

The latest study also investigated feelings of national identity across England. The largest share (37%) of people see themselves as equally British and English, while 30% class themselves as English – either ahead of, or instead of, British – compared to 21% who consider themselves entirely or predominantly British.

However, both groups share a broadly positive outlook towards globalisation. In fact, over a third (36%) of those identifying as English – sometimes characterised as anti-cosmopolitan nationalists – think globalisation has been good for the UK economy, compared to just 23% who think it has been bad.

Moreover, 29% of English identifiers feel globalisation has benefitted their own standard of living, almost double those who think the opposite (16%). More English identifiers also feel it has been good (33%) rather than bad (29%) for UK cultural life.

“While some in metropolitan areas may fear a resurgent English nationalism in the hinterlands, our results suggest a need to avoid easy assumptions about those who feel more proud of their English national identity,” said Kenny.

Overall, the survey failed to detect any Brexit-related “buyer’s remorse” in England, with 46% stating that the UK was right to leave the EU, compared to 39% saying it was wrong to do so. On Scottish independence, the English appear to be somewhat ambivalent: over a quarter (26%) don’t yet know what they think, almost the same proportion that support it (27%), while 48% oppose it.

When asked if Scotland currently receives its “fair share” from Westminster, some 22% said it does, while 36% said it gets more than what’s fair, but a full third (33%) said they didn’t know – suggesting “low levels of awareness and understanding of devolution among the English” according to the researchers. 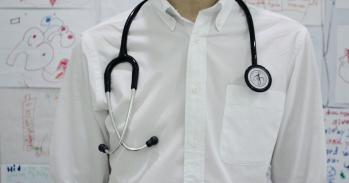