New research on the treatment of 'hardcore' female Mau Mau prisoners by the British in the late 1950s sheds new light on how ideas about gender, deviancy and mental health shaped colonial practices of punishment.

The story of the female detainees at Gitamayu and Kamiti also reveals unique elements that were determined by colonial ideas about female deviancy, these ultimately becoming the defining feature of incarceration for Mau Mau's hardcore women.

The research, published in the Journal of Eastern African Studies, was conducted by Gates Cambridge Scholar Katherine Bruce-Lockhart and is the first study to make use of new material on a camp in Gitamayu used to hold "hardcore" female detainees.

The treatment of the Mau Mau by the British has led to compensation claims in the courts. Last year the British government agreed to pay out £19.9m in costs and compensation to more than 5,000 elderly Kenyans who suffered torture and abuse during the Mau Mau uprising in the 50s. Two of those involved in the recent case were women and further female compensation cases are pending.

Bruce-Lockhart is interested in the treatment of "hardcore" Mau Mau women in the final years of the Emergency Period, one that was marked by uncertainty, violence and an increasing reliance on ethno-psychiatry.

From 1954 to 1960, the British detained approximately 8,000 women under the Emergency Powers imposed to combat the Mau Mau Rebellion in Kenya. The majority of female detainees were held in Kamiti Detention Camp and its importance has been widely acknowledged by historians. However, new documentary evidence released from the Hanslope Park Archive since 2011 has revealed the existence of a second camp established for women at Gitamayu, created in 1958 in order to deal with the remaining “hardcore” female detainees.

The Archive contains over 1,500 files and was uncovered in 2011 by historians working on the London High Court case between the British Foreign and Commonwealth Office and Kenyan plaintiffs who were held in detention camps during the Emergency Period. The files were considered too sensitive to fall into the hands of the Kenyan government, and were taken out of Kenya by the British prior to independence. The files have been pivotal in the London High Court Case, as their contents show how senior British officials sanctioned the use of systematic force against Mau Mau detainees in the camps, stretching the legal limits of legitimate violence. The documents relating to Kamiti and Gitamayu reveal how this systematic use of violence was extended to hardcore women and the multiple ways colonial officials tried to hide it.

The intensity of this struggle with hardcore detainees, and the trajectory it took, has been overlooked by previous scholarly works on Mau Mau women, which have provided a general overview of female involvement in the movement, as well as their detention at Kamiti. Much more is known about hardcore men, who have authored over a dozen Mau Mau memoirs and are the subject of extensive scholarly analysis. The stories and identities of these men, from Jomo Kenyatta to J.M. Kariuki, are well known. The hardcore male camps, such as Manyani, Athi River, and Hola, are remembered as the sites of intense struggles between detainees and warders. Recent work from historian David Anderson has detailed the British policy toward hardcore males, which became more brutal and systematic from 1957 onwards.

Bruce-Lockhart says: "In contrast, the history of women's detention has not been investigated in detail, especially in the latter years of the Emergency Period. Women's punishment broadly followed a pattern similar to that of their male counterparts, with increasing severity of treatment characterising the final phase of incarceration as the British endeavored to compel inmates to confess their crimes. But the story of the female detainees at Gitamayu and Kamiti also reveals unique elements that were determined by colonial ideas about female deviancy, these ultimately becoming the defining feature of incarceration for Mau Mau's hardcore women.

"The Hanslope archives reveal the strategies that the colonial administration employed to deal with hardcore women in the late 1950s. Whereas previously there was an assumption that women were malleable and could be easily persuaded away from the Mau Mau cause this expectation greatly diminished during this time, and was replaced with a discourse of madness, as certain elements of the colonial administration pressed for hardcore women to be classified as insane. This move was instrumental rather than genuine, meant to explain away women's physical ailments in order to cover up mistreatment in the camp."

She adds: "Debates about how to deal with this group of women engaged and perplexed the highest levels of the colonial administration, generating tensions between legal, political, and medical officials. At the centre of these debates was the question of the female detainees' sanity, with some officials pressing for these women to be classified as insane. Examining the British approach to these detainees illuminates how ideas about gender, deviancy, and mental health shaped colonial practices of punishment." 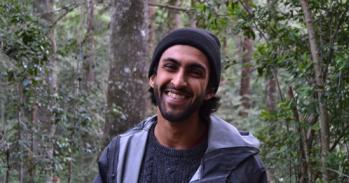 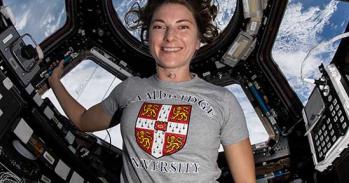 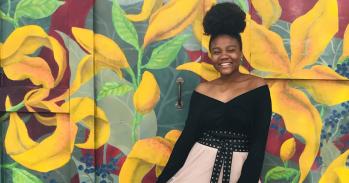