The two worlds of hip-hop and psychiatry are being brought together in a unique project led by researchers at the University of Cambridge, which aims to use the lyrics and music of artists such as Nas and Tupac to help tackle issues surrounding mental health.

It’s been about forty years since hip-hop first began in the ghettos of New York City and it has come a long way since then, influencing areas as diverse as politics and technology. Now we hope to add medicine to the list

Hip-hop originated in the South Bronx area of New York during the early 1970s. Many of the original artists – and even performers still today – came from areas of high social and economic deprivation and this is often reflected in their lyrics, for example The Message by Grand Master Flash & The Furious Five, released in 1982, which opens with the lyrics:

Broken glass everywhere
People pissing on the stairs, you know they just don’t care
I can't take the smell, can't take the noise
Got no money to move out, I guess I got no choice

Now, HIP HOP PSYCH, a new initiative aims to use hip-hop to help improve people’s mental health and to address issues including stigma towards mental illness and the lack of diversity within the psychiatric profession. The initiative is introduced by its co-founders, Dr Akeem Sule and Dr Becky Inkster, in today’s edition of The Lancet Psychiatry.

“Much of hip-hop comes from areas of great socioeconomic deprivation, so it’s inevitable that its lyrics will reflect the issues faced by people brought up in these areas, including poverty, marginalisation, crime and drugs,” explains Sule. “In fact, we can see in the lyrics many of the key risk factors for mental illness, from which it can be difficult to escape. Hip-hop artists use their skills and talents not only to describe the world they see, but also as a means of breaking free. There’s often a message of hope in amongst the lyrics, describing the place where they want to be – the cars they want to own, the models they want to date.”

In their article, the co-founders give the example of Juicy by The Notorious BIG, which is “dedicated to all the teachers that told me I'd never amount to nothin', to all the people that lived above the buildings that I was hustlin' in front of that called the police on me when I was just tryin' to make some money to feed my daughter”, but goes on to describe how he has become successful:

Super Nintendo, Sega Genesis
When I was dead broke, man I couldn't picture this
50 inch screen, money green leather sofa
Got two rides, a limousine with a chauffeur
Phone bill about two G's flat
No need to worry, my accountant handles that
And my whole crew is loungin'
Celebratin' every day, no more public housin'

The co-founders point out the similarities with ‘positive visual imagery’, a technique investigated by Professor Emily Holmes’ group at the University of Oxford. This technique is a form of therapy whereby the patient is encouraged to use the power of their imagination to help them through difficult times, including through depression and bipolar episodes. By integrating hip-hop into psychotherapies, they believe psychologists can refine their tools to make these more relevant to their users.

“We believe that hip-hop, with its rich, visual narrative style, can be used to make therapies that are more effective for specific populations and can help patients with depression to create more positive images of themselves, their situations and their future,” says Sule.

The co-founders are keen to take HIP HOP PSYCH into prisons, schools, and hostels to promote positive self-esteem through engagement with hip-hop artists. They have already taken their project to Mama Stone’s Exeter-based nightclub, lecture halls, the Oxford University African Caribbean Society, Cambridge Festival of Ideas and Pint of Science, and had an extremely positive response from the hip-hop community, with artists such as Juice Aleem and Inja offering their support.

“We’ve had an enormous response from the global community, from patients, prisoners, and parents to artists and fans alike,” says Inkster. “We are overwhelmed and excited by requests from people around the world reaching out to us who want to help. It has been moving to see how honest and open people have been with us.

“I recently received a hand written letter from a prisoner incarcerated for the past 18 years who expressed his fascination with our plans. In his letter, he describes how he turned his life around through training as a drug counsellor and psychotherapist, and he is interested in incorporating HIP HOP PSYCH into a creative youth project. He wishes to set up with schools, youth clubs and prisons, providing life lessons for teenagers who have been excluded from school, and trying to discourage them from embracing a criminal lifestyle.

“It’s been about forty years since hip-hop first began in the ghettos of New York City and it has come a long way since then, influencing areas as diverse as politics and technology. Now we hope to add medicine to the list.”

HIP HOP PSYCH also hopes to use their project to help tackle the crisis currently facing psychiatry. Despite the steady increase in the number of cases of mental illness, mental health support continues to decrease worldwide. The situation is exacerbated by the fall in the number of medical students choosing to specialise in psychiatry over the past 25 years and the low retention rates amongst psychiatry trainees. Sule and Inkster believe that by demonstrating the relevance of hip-hop to psychiatry, they can help in the recruitment of a mental health workforce from more diverse ethnic and socioeconomic backgrounds. 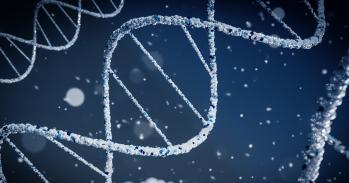