From athletes to couch potatoes: humans through 6,000 years of farming

Research into lower limb bones shows that our early farming ancestors in Central Europe became less active as their tasks diversified and technology improved. At a conference today, Cambridge University anthropologist Alison Macintosh will show that this drop in mobility was particularly marked in men.

My results suggest that, following the transition to agriculture in Central Europe, males were more affected than females by cultural and technological changes.

Human bones are remarkably plastic and respond surprisingly quickly to change. Put under stress through physical exertion – such as long-distance walking or running – bones gain in strength as the fibres are added or redistributed according to where strains are highest.  The ability of bone to adapt to loading is shown by analysis of the skeletons of modern athletes, whose bones show remarkably rapid adaptation to both the intensity and direction of strains.

Because the structure of human bones can inform us about the lifestyles of the individuals they belong to, they can provide valuable clues for biological anthropologists looking at past cultures. Research by Alison Macintosh, a PhD candidate in Cambridge University’s Department of Archaeology and Anthropology, shows that after the emergence of agriculture in Central Europe from around 5300 BC, the bones of those living in the fertile soils of the Danube river valley became progressively less strong, pointing to a decline in mobility and loading.

Macintosh will present some of her results at the Annual Meeting of the American Association of Physical Anthropologists in Calgary, Alberta on 8-12 April, 2014. She will show that mobility and lower limb loading in male agriculturalists declined progressively and consistently through time and were more significantly affected by culture change in Central Europe than they were in females. 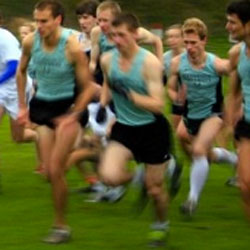 Work published by biological anthropologist Dr Colin Shaw (also Cambridge University) has enabled Macintosh to interpret this male decline in relation to Cambridge University students. Using Shaw’s study of bone rigidity among modern Cambridge University undergraduates, Macintosh suggests that male mobility among earliest farmers (around 7,300 years ago) was, on average, at a level near that of today’s student cross-country runners. Within just over 3,000 years, average mobility had dropped to the level of those students rated as sedentary, after which the decline slowed.

“Long-term biomechanical analyses of bones following the transition to farming in Central Europe haven’t been carried out. But elsewhere in the world they show regional variability in trends. Sometimes mobility increases, sometimes it declines, depending on culture and environmental context. After the transition to farming, cultural change was prolonged and its pace was rapid. My research in Central Europe explores whether –  and how –  this long term pressure continued to drive adaptation in bones,” said Macintosh.

Archaeological evidence has shown that the gradual intensification of agriculture was accompanied by rising production and complexity of metal goods, technological innovation and the extension of trade and exchange networks. “These developments are likely to have brought about changes in divisions of labour by sex and socioeconomic organisation as men and women began to specialise in certain tasks and activities – such as metalworking, pottery, crop production, tending and rearing livestock,” said Macintosh.

“I’m interested in how the skeleton adapted to people's specific behaviours during life, and how this adaptation can be used to reconstruct long-term changes in behaviour and mobility patterns with cultural diversification, technological innovation, and increasingly more complex and stratified societies since the advent of farming.”

As a means of tracking changes in the structure of bones over time, Macintosh laser-scanned skeletons found in cemeteries across Central Europe, concentrating in particular on an analysis of engineering-based cross-sectional geometric properties as measures of the loading imposed on the lower limb bones during life. Her research took her to Germany, Hungary, Austria, the Czech Republic and Serbia. The earliest skeletons she examined date from around 5300 BC and the most recent from around 850 AD – a time span of 6,150 years. 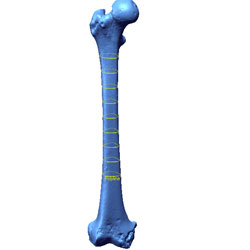 Using a portable desktop 3D laser surface scanner to scan femora and tibiae, she found that male tibiae became less rigid and that bones in both males and females became less strengthened to loads in one direction more than another, such as front-to-back in walking. These findings all indicate a drop in mobility. In other words, it is likely that the people to whom the skeletons belonged became, over generations, less intensely active and probably covered less distance, or carried out less physically demanding tasks, than those who had lived before them.

“Both sexes exhibited a decline in anteroposterior, or front-to-back, strengthening of the femur and tibia through time, while the ability of male tibiae to resist bending, twisting, and compression declined as well,” said Macintosh.

“My results suggest that, following the transition to agriculture in Central Europe, males were more affected than females by cultural and technological changes that reduced the need for long-distance travel or heavy physical work. This also means that, as people began to specialise in tasks other than just farming and food production, such as metalworking, fewer people were regularly doing tasks that were very strenuous on their legs."

Although there was some evidence for declining mobility in females as well, trends were inconsistent through time in most properties. Macintosh believes that this variation may indicate that women in these early farming cultures were performing a great variety of tasks – multi-tasking, in fact – or at least undertaking fewer tasks necessitating significant lower limb loading. There is evidence from two of the earliest cemeteries studied that females were using their teeth in processing activities to carry out tasks unlikely to have loaded their lower limbs much. 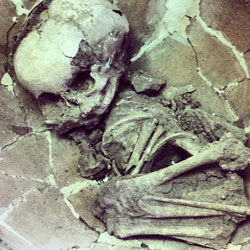 Interesting comparisons can be made between the archaeological evidence from Central European skeletons dating from around 7,300-1,150 years ago and data from modern farming populations elsewhere in the world.

“This variability in the sexual division of labour in living agro-pastoralist groups shows the importance of context, ecology, and various cultural factors on sex differences in physical activity. So it is important when studying long-term trends in behavioural change between the sexes that the geographic region is kept small, to help control for some of this variability,” said Macintosh.

Female skeletons showed a major change in femoral bending and torsional rigidity from the Bronze Age into the Iron Age – between about 1450 BC and 850 BC in the samples studied – when women had the strongest femora of all the females examined in the study. This could be because the Iron Age sample included skeletons of Hungarian Scythians, a group for whom large animal husbandry, horsemanship and archery were particularly important. Scythian females are thought to have performed heavy physical work and were known to participate in at combat.

Because the skeleton holds a record of the loading it experiences during life, it can provide important clues as to the 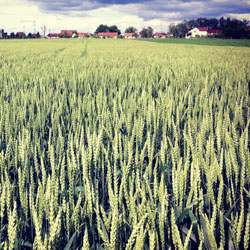 behaviour of past people through prolonged cultural change. Overall, in the first 6,150 years of farming in Central Europe, the prosperity generated by intensive agriculture drove socioeconomic change and allowed for people to specialise in tasks other than food production.

Macintosh said: "In Central Europe, adaptations in human leg bones spanning this time frame show that it was initially men who were performing the majority of high-mobility tasks, probably associated with tending crops and livestock. But with task specialisation, as more and more people began doing a wider variety of crafts and behaviours, fewer people needed to be highly mobile, and with technological innovation, physically strenuous tasks were likely made easier. The overall result is a reduction in mobility of the population as a whole, accompanied by a reduction in the strength of the lower limb bones."