Food and medicine in classical Greece: the ‘blurred boundary’

What distinguishes a drug from food? Laurence Totelin traces the emergence of a definition in ancient Greece.

The ‘boom’ in dietetic medicine in 5th-century Greece seemed to have led to reflections on what distinguished a ‘food’ from a ‘drug’.

The Hippocratic Collection is our earliest written source for deciphering the history of Greek medicine. This collection of about 60 texts was written by several authors on a multitude of medical topics, and was preserved under the name of Hippocrates – the famous physician born around 460 BC who later became known as the ‘Father of Medicine’.

An important tenet of Hippocratic theory is the emphasis on dietetics. Broadly speaking, dietetics is the tailored application to individual needs of regimens encompassing all aspects of daily life. This is distinctive of Hippocratic medicine, not being found in earlier Greek texts or in medical documents from Mesopotamia and Egypt. Dietetic medicine has consequently attracted the attention of scholars, sometimes to the detriment of other aspects of Hippocratic medicine, especially pharmacology. However, Dr Laurence Totelin, a research fellow in the Department of History and Philosophy of Science, who studies ancient pharmacology, has come to the conclusion that the boundary between dietetics and pharmacology in ancient Greece was much more blurred than previously thought. In fact, Dr Totelin believes that dietetics, pharmacology and other ways of treating diseases in antiquity are part of an integrated system and should be studied as such.

The ‘boom’ in dietetic medicine in 5th-century Greece seemed to have led to reflections on what distinguished a ‘food’ from a ‘drug’. For instance, the author of the Hippocratic treatise Places in Man writes that:

‘All things that cause change in the present state [of the patient] are drugs, and all [substances] that are rather strong cause change. It is possible, if you want, to bring about change by means of a drug, or, if you do not want [to use a drug], by means of foods.’

Although the writer manages to define the notion of ‘drug’, he is not so successful at defining the notion of ‘food’, or the difference between a food and a drug. In many cases, this distinction must have been very blurred indeed.

As an example, silphium, an umbelliferous plant exported from the ancient Greek city of Cyrene and now thought to be extinct, was used both as an expensive way to enhance dishes and also to treat serious medical conditions. Authors writing on dietetics described silphium as a ‘windy’ plant, similar to garlic, leek or other ‘sharp’ herbs. Silphium was prescribed in gynaecology against ‘winds in the womb’ or to ‘create a wind in the womb’. Although ‘winds in the womb’ referred to a genuine condition, ‘to create a wind in the womb’ may have been a euphemistic way to refer to an abortion; another important use of the herb was indeed as an abortive. It seems that silphium was primarily exported from Libya as a culinary herb and that the medicinal uses of the plant stemmed from its uses in cooking.

With time, the definition of ‘drug’ as opposed to ‘food’ became clearer. The Aristotelian Problems (a 3rd-century BC collection of texts attributed to Aristotle) state that foods are ‘concocted’ and assimilated by the body, whereas drugs penetrate into the vessels, where they cause disturbances due to an excess of heat or cold.

However, in practice, the boundary between food and drug remained blurred throughout antiquity, with plants like myrrh, silphium, pomegranate, frankincense and cinnamon finding a place in both dietetic treatises and in texts devoted to drugs. This research highlights the historical importance of studying the interaction between dietetics and pharmacology in ancient medicine, and of examining how definitions of ‘foods’ and ‘drugs’ evolved from antiquity to the present day.

For more information, please contact the author Dr Laurence Totelin (lmvt2@cam.ac.uk) at the Department of History and Philosophy of Science. 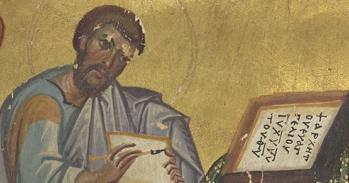 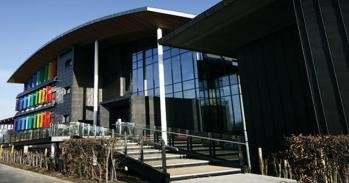 New programme to support academic and industrial links with Greece 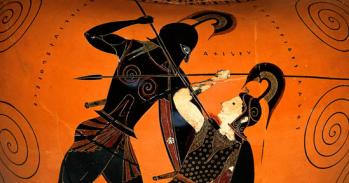 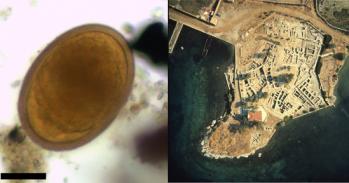