Festive tastes have changed but Christmas is still a cracker

Some of Britain’s traditional Christmas favourites are losing their appeal, a new study of spoken English has revealed.

Long-standing festive treats, such as sherry and brandy, are declining in popularity, according to the research by a joint team from Cambridge University Press and Lancaster University.

And the study also reveals that we’re less likely to pour custard over our Yuletide dessert – though we still enjoy a slice of Christmas cake.

Champagne, vodka and gin are now our favourite festive tipples, according to the research team. The study, which compares spoken British English today with recordings from the 1990s, allows researchers to analyse how language has changed.

The research team from Lancaster and Cambridge University Press have revealed how our tastes in food and drink have changed over time. Based on recent recordings, traditional British favourites and festive holiday dinner staples, such as Yorkshire puddings and custard, have been overtaken by takeaways, notably pizza and curry, which have risen in frequency by four and five times respectively.

Despite the rise in convenience food, talk of over-indulgence, especially around holiday seasons like Christmas, is also more prevalent today. Compared to the 1990s, we talk about calories twice as much as we used to.  But our words don’t necessarily translate to actions; our most talked about food item at Christmas – as well as the rest of the year – is cake.

The initial findings also suggest that alcohol is more important to British English speakers than coffee. While tea remains the nation’s favourite drink, spoken an average 255 times per million words, hot drinks are dwarfed when compared to booze.

When it comes to Christmas stalwarts, sherry and brandy appear to have fallen out of favour over the last 20 years, replaced by vodka, gin and even champagne, all of which are being talked about more.

We talk about family almost twice as much as we used to, as it seems that somehow the concept of family is more salient in British English speech today than it was two decades ago.

Dr Claire Dembry, Senior Language Research Manager at Cambridge University Press, said: “This analysis presents an interesting insight into how our use of language has changed over time. Our tastes in food and drink have certainly changed, but our interest in the family seems to be ever increasing.

“Coupled with the finding that we are also significantly less self-centred in our speech than we used to be, with a reduction in frequency of words associated with self – we say ‘I’ or ‘me’ 47 per cent less than we used to – this suggests Christmas may be even happier this year.  But perhaps this can be attributed to all the talk of champagne!”

These are only the initial findings from a small pilot of the project, named the ‘Spoken British National Corpus 2014’, which is now under way. The Corpus is a very large collection of recordings of real-life informal, spoken interactions between speakers of British English from across the United Kingdom.

Professor Tony McEnery, from the ESRC Centre for Corpus Approaches to Social Sciences (CASS) at Lancaster University, explained: “We need to gather hundreds, if not thousands, of conversations to create a full spoken corpus, so we can continue to analyse the way language has changed over the last 20 years.

“This is an ambitious project and we are calling for people to send us MP3 files of their everyday, informal conversations in exchange for a small payment to help our team to delve deeper into spoken language and to shed more light on the way our spoken language changes over time.”

The aim of the Spoken British National Corpus 2014 is to compile a very large collection of recordings of real-life, informal, spoken interactions between speakers of British English from across the United Kingdom. The collaboration between Lancaster and Cambridge University Press brings together the best resources available for this task.

Cambridge University Press is greatly experienced at collecting very large English corpora, and it already has the infrastructure in place to undertake such a large compilation project. CASS at Lancaster University has the linguistic research expertise necessary to ensure that the Spoken BNC2014 will be as useful, and accessible as possible for a wide range of purposes.

The academic community will benefit from access to a large corpus of British English speech that is balanced according to a selection of useful demographic criteria, including gender, age, region and social class. 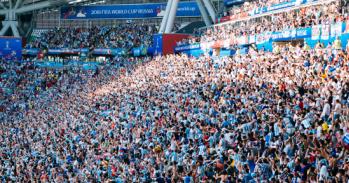 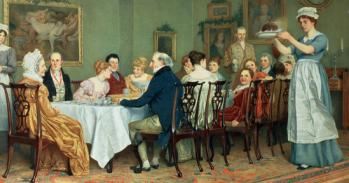 Mistletoe and (a large) wine: seven-fold increase in wine glass size over 300 years 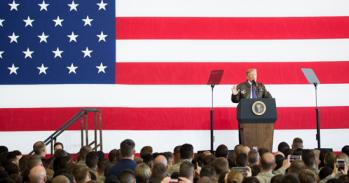