Latest research shows the females of some mammal species will have many mates to ensure unclear paternity, so that males can’t resort to killing their rival’s offspring for fear of killing their own. This forces males to evolve to compete through sperm quantity, leading to ever-larger testicles. Scientists find that as testis size increases, infanticide disappears.

Once sperm competition has become so intense that no male can be certain of his own paternity, infanticide disappears

Previous research has shown that infanticide by males is widespread in many mammal species, but most commonly occurs in those species where females live in social groups dominated by one or a few males.

Outsiders will fight dominant males for access to females. When a rival male takes over a group, they will kill the infants of previously dominant males to render the females ‘sexually receptive’ again, so that they can sire their own offspring. This may be the main cause of infant mortality in some species, such as Chacma baboons.

Now, a new study published today in the journal Science shows that these brutal acts are strategic; males may only have a short time in charge before they themselves are deposed, and want to ensure the maternal investment of females is directed towards their own future offspring for the longest time possible.

However, the females of some species - such as the mouse lemur - have evolved a highly-effective counter-strategy to stop males from killing their offspring: by having as many mates as possible in a short amount of time. By confusing the paternity of the infants, known as ‘paternity dilution’, any male act of infanticide risks the possibility of killing his own offspring.

In such species, reproductive competition shifts to after copulation, not before - so that the most successful male is the one whose sperm outcompetes those of the others. This leads to males producing ever larger quantities of sperm, leading in turn to increases in testis size. The testes of male mouse lemurs swell 5-10 times larger during the breeding season.

“In species in which infanticide occurs, testis size increases over generations, suggesting that females are more and more promiscuous to confuse paternity,” said lead author Dr Dieter Lukas, from University of Cambridge’s Department of Zoology. 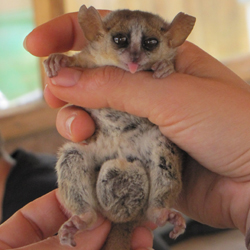 “Once sperm competition has become so intense that no male can be certain of his own paternity, infanticide disappears - since males face the risk of killing their own offspring, and might not get the benefit of siring the next offspring.”

Closely related species that differ in infanticide and testes size include chimpanzees (males commit infanticide) versus bonobos (males have not been observed to kill offspring). Bonobos have testes that are roughly 15% larger than those of chimpanzees.

He conducted the research with colleague Dr Elise Huchard, who is now based at the CNRS Centre d’Ecologie Fonctionnelle et Evolutive in Montpellier.

Subsequent observations have accumulated over the years on various mammals to show that infanticide by males is a widespread phenomenon, occurring in species from house mice to lions and gorillas. In some species, he says, the biggest risk faced by infants might not actually be predators or diseases, but the adult males of their own species.

In the latest study, Lukas and Huchard compiled and compared detailed field observations for 260 mammalian species to show that male infanticide occurs in species where sexual conflict is most intense, and reproduction is monopolised by a minority of males. The researchers’ findings indicate that infanticide is a manifestation of sexual conflict in mammalian social systems.

“While it had previously been suggested that infanticide might be an evolutionary driver in mammalian societies - leading to females allying themselves with other females or forming bonds with a specific male in order to defend their offspring - we’ve now shown that this isn’t the case: male infanticide is a consequence of variation in sociality, most commonly occurring in species where both sexes live together in stable groups,” said Lukas.

The researchers say the new study supports the idea that infanticide isn’t a general trait present in all species, but is strategic and occurs only when it is advantageous to males. The study reveals the reversible nature of male infanticide, and that it is successfully prevented by the ‘paternity dilution’ strategy of female sexual promiscuity.

Added Huchard: “Male infanticide appears and disappears over evolutionary times according to the state of the evolutionary arms race between the sexes. Although infanticide may not have contributed to shape the diversity of mammalian social systems, it has deeply influenced the evolution of sexual behaviour and sex roles.

“This study also highlights that some of the greatest challenges faced by mammals during their lifetime come from others of their own species.” 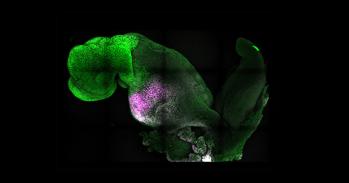