Using unique mechanical experiments and close-up video, Cambridge researchers have shown how ants use microscopic ‘combs’ and ‘brushes’ to keep their antennae clean, which could have applications for developing cleaners for nanotechnology.

Insects have developed ingenious ways of cleaning very small, sensitive structures, which could have fascinating applications for nanotechnology – where contamination of small things is a big problem

For an insect, grooming is a serious business. If the incredibly sensitive hairs on their antennae get too dirty, they are unable to smell food, follow pheromone trails or communicate. So insects spend a significant proportion of their time just keeping themselves clean. Until now, however, no-one has really investigated the mechanics of how they actually go about this.

In a study published in Open Science, Alexander Hackmann and colleagues from the Department of Zoology have undertaken the first biomechanical investigation of how ants use different types of hairs in their cleaning apparatus to clear away dirt from their antennae.

“Insects have developed ingenious ways of cleaning very small, sensitive structures, so finding out exactly how they work could have fascinating applications for nanotechnology – where contamination of small things, especially electronic devices, is a big problem. Different insects have all kinds of different cleaning devices, but no-one has really looked at their mechanical function in detail before,” explains Hackmann.

Camponotus rufifemur ants possess a specialised cleaning structure on their front legs that is actively used to groom their antennae. A notch and spur covered in different types of hairs form a cleaning device similar in shape to a tiny lobster claw. During a cleaning movement, the antenna is pulled through the device which clears away dirt particles using ‘bristles’, a ‘comb’ and a ‘brush’. 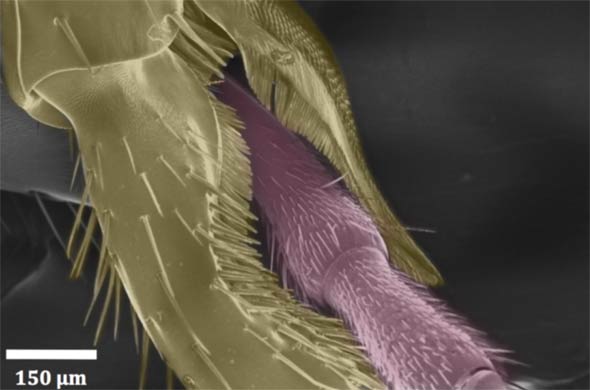 To investigate how the different hairs work, Hackmann painstakingly constructed an experimental mechanism to mimic the ant’s movements and pull antennae through the cleaning structure under a powerful microscope. This allowed him to film the process in extreme close up and to measure the cleaning efficiency of the hairs using fluorescent particles. 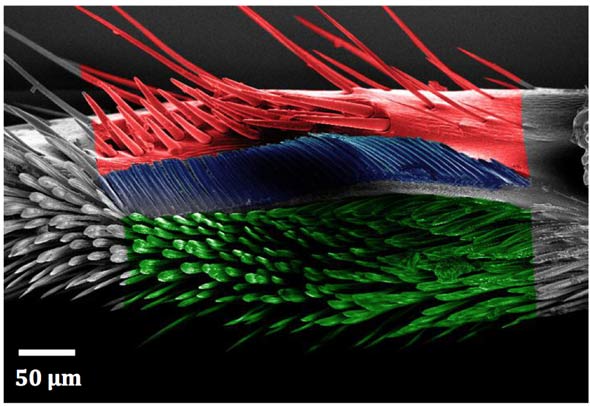 “While the ‘bristles’ and the ‘comb’ scrape off larger particles mechanically, the ‘brush’ seems to attract smaller dirt particles from the antenna by adhesion,” says Hackmann, who works in the laboratory of Dr Walter Federle.

Where the ‘bristles’ and ‘comb’ are rounded and fairly rigid, the ‘brush’ hairs are flat, bendy and covered in ridges – this increases the surface area for contact with the dirt particles, which stick to the hairs. Researchers do not yet know what makes the ‘brush’ hairs sticky – whether it is due to electrostatic forces, sticky secretions, or a combination of factors.

“The arrangement of ‘bristles’, ‘combs’ and ‘brush’ lets the cleaning structure work as a particle filter that can clean different sized dirt particles with a single cleaning stroke,” says Hackmann. “Modern nanofabrication techniques face similar problems with surface contamination, and as a result the fabrication of micron-scale devices requires very expensive cleanroom technology. We hope that understanding the biological system will lead to building bioinspired devices for cleaning on micro and nano scales.”

Dr Federle’s laboratory and, in part, this project receive financial support from the Biotechnology and Biological Sciences Research Council (BBSRC). 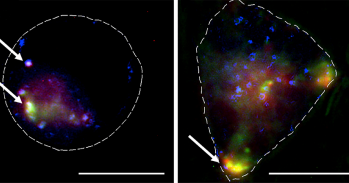 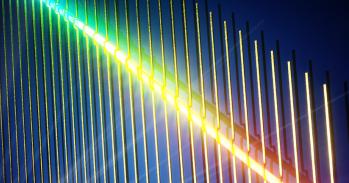 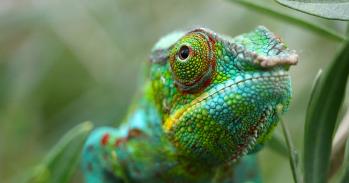