Children from disadvantaged backgrounds and certain ethnic minority backgrounds, including from Pakistani and Bangladeshi backgrounds, have lower levels of vigorous physical activity, according to researchers at the University of Cambridge.

The patterns mirror inequalities seen in levels of childhood obesity, suggesting a need for a greater focus on the promotion of vigorous physical activity, particularly for those children from more disadvantaged backgrounds.

Over the past four decades, the global prevalence of childhood obesity has increased tenfold. Obesity in childhood is associated with illness and early death in adulthood, so tackling childhood obesity is increasingly a public health priority for governments.

There are also widening inequalities in obesity prevalence. By age 11, UK children from disadvantaged families are three times as likely to be obese than more advantaged children. There are also stark ethnic and racial differences in levels of childhood obesity, with higher rates of obesity within certain ethnic minorities including children from Black African, Black Caribbean, Pakistani and Bangladeshi backgrounds.

“When we look at overall physical activity we don’t see clear differences between children from different backgrounds despite clear inequalities in obesity,” says Rebecca Love, a Gates Cambridge Scholar at the Centre for Diet and Activity Research (CEDAR) in the MRC Epidemiology Unit at the, University of Cambridge. “To investigate this further, we looked at whether overall physical activity was hiding inequalities in the intensity with which that activity is performed that might explain these patterns.”

The researchers studied data from almost 5,200 children aged 7 years who were part of the Millennium Cohort Study, a longitudinal study of children born in the UK between September 2000 and January 2002. The children were given accelerometers and their activity measured for a minimum of ten hours for three days. The results are published today in the journal BMJ Open.

The team found that the higher the level of education attained by the mother, the more minutes of vigorous intensity activity her child was likely to have, accounting for time spent in moderate physical activity. Children with mothers with high levels of education accumulated three minutes more vigorous activity per day then those with low levels of education. Similarly, the team found significantly more time spent in vigorous intensity activity incrementally with increasing household income.

It is suggested these differences are relevant on a population level and changes to reduce differences in vigorous physical activity could have population implications for inequalities in adiposity in UK children. The differences were consistent in both boys and girls.

“There are clear differences in the amount of vigorous physical activity a child does depending on their socioeconomic and ethnic background,” explains senior author Dr Esther van Sluijs. “Although individually, these differences are small, at a population level they are likely to make a difference. Changes to reduce existing gaps in vigorous intensity activity could help reduce existing inequalities in levels of obesity in children.”

The team say that there are many factors that might explain the differences, including access to or the cost of participating in sports activities, and a parent working longer, inconsistent work hours within a low-income job. There may also be differences in home and family support for physical activity between ethnic groups.

“Children from different backgrounds can face a number of barriers preventing them from participating in sports or other types of vigorous physical activity,” adds Dr Jean Adams. “We need to find more ways to provide opportunities for all children to get involved in vigorous activity.” 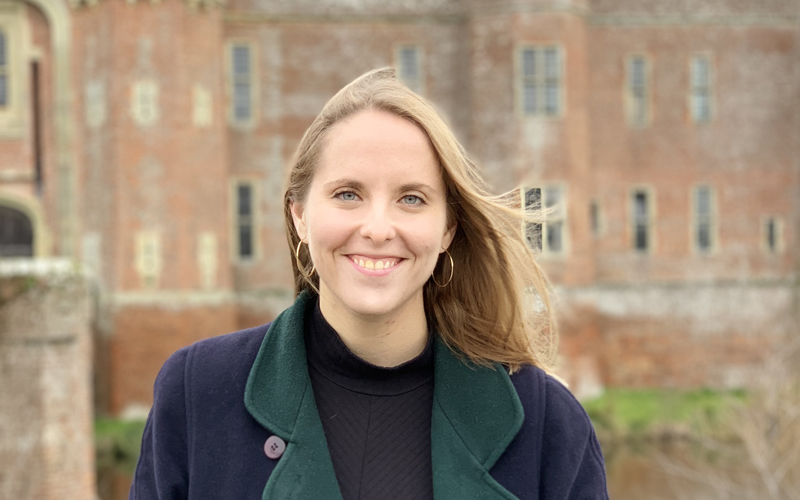 Rebecca Love, a PhD student at the Centre for Diet and Activity Research (CEDAR) researches the factors that drive obesity, particularly among children from different economic and social backgrounds.

It is perhaps ironic, then, that she has spent most of her PhD “sitting at a computer in the CEDAR offices at Addenbrooke’s [Hospital] – not quite the picturesque Cambridge working environment I had imagined”!

Rebecca grew up in Canada. As part of her undergraduate degree at Queen’s University in Kingston, Ontario, she spent a year in Trinidad and Tobago working alongside the Caribbean Sport and Development Agency on a project to implement educational programming and change policy structures to protect the rights of children. It was through these experiences that she gained an interest in the evaluation of interventions and in understanding how to identify what works within a given context.

Rebecca is currently finishing her PhD, supported by Gates Cambridge. Her work has involved examining population cohort studies from a range of countries to understand whether differences in patterns of physical activity behaviour between children help to explain the rising and widening obesity disparities seen within many countries. She is now investigating whether school-based interventions are effective at improving physical activity behaviour – and if this effect is the same in children from advantaged and disadvantaged backgrounds and between girls and boys.

“I’m fascinated by the complexity of influences driving the worsening epidemic of obesity globally,” explains Rebecca. “If we’re going to find effective solutions, we’ll need an interdisciplinary approach involving collaboration from a wide range of stakeholders and institutions.”

Fortunately, Rebecca’s research does sometimes get her out ‘into the field’. In 2017, she visited the University of the Witwatersrand in Johannesburg, South Africa to investigate physical activity and obesity within the Birth to Twenty Cohort. This is Africa’s largest and longest running cohort of adolescent health and development, which has followed a cohort of children born in 1990 in Soweto, South Africa.

“Two months of warmth in exchange for the UK winter and cold bike rides to Addenbrooke’s came at a welcome time in my PhD!  There, I had the opportunity to visit childcare centres and schools in townships surrounding Johannesburg and Cape Town, across which rates of childhood overweight and obesity are rising. Listening and learning from the experiences and perspectives of individuals working across these settings was thought-provoking.”

Rebecca describes CEDAR as “an extremely supportive and welcoming community. The opportunity to constantly be exposed to innovative research and conversations has been really influential and a central part of my learning experience”.

She is currently a PhD student at King’s College. This, together with her Gates Cambridge scholarship, has allowed her to meet students and researchers from a wide range different backgrounds and disciplines, developing friendships and learning from perspective of peers from all corners of the world.

“Constant events, lectures and opportunities make Cambridge an exciting and stimulating place to be a graduate student. It can be quite distracting at times – but to me that is one of the best parts about being here!”

Opinion: Why too much focus on COVID-19 could be harming our children 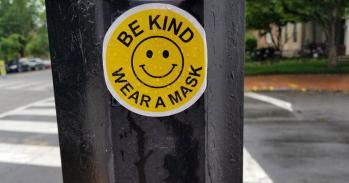