Obesity in children is associated with differences in brain structure in regions linked to cognitive control compared to the brains of children who are normal weight, according to new research from the University of Cambridge.

However, the scientists who led the study stress that it is not possible to say whether obesity causes these brain changes or whether the children are obese because their brain structures are different.

Around 124 million children worldwide are thought to be obese. In the UK, almost one in five children are overweight or obese when they start primary school and this figure increases to one in three by the time they begin secondary school. Children who are overweight or obese are more likely to become obese adults, and have an increased risk of poorer health outcomes in later life including diabetes, heart disease and cancer.

Previous studies have linked being overweight with scoring lower on various measures of executive function, an umbrella term for several functions such as self-control, decision making, working memory (temporarily holding information for processing) and response to rewards. Broadly speaking, executive function refers to a set of processes that enable planning, problem solving, flexible reasoning and regulation of behaviours and emotions.

To examine if this link existed in children, researchers at the University of Cambridge and Yale University analysed data from 2,700 children between the ages of 9-11 years who had been recruited as part of the National Institutes of Health Adolescent Brain Cognitive Development (NIH ABCD) Study. The results of their study are published today in the journal Cerebral Cortex.

In particular, the researchers looked at the thickness of the cortex, the outer layer of the brain – our so-called ‘grey matter’ – and compared it to each child’s body mass index (BMI). They also analysed results from tests of executive function.

The team found an association between increased BMI and significant reductions in the average (mean) thickness of the cortex, as well as thinning in the pre-frontal region of the cortex, an area associated with cognitive control. This relationship remained after accounting for factors including age, sex, race, parental education, household income and birth-weight.

Image: The brain areas highlighted in blue represent regions where cortical thickness is related to BMI. The lighter the blue, the more pronounced the relationship – in other words, the thinner the cortex is in children with a higher BMI. (Credit: Lisa Ronan, University of Cambridge)

The researchers also found that increased BMI was associated with poorer performance at tests to measure executive function.

“We saw very clear differences in brain structure between children who were obese and children who were a healthy weight,” says the study’s first author Dr Lisa Ronan from the Department of Psychiatry at the University of Cambridge.

“It’s important to stress that the data does not show changes over time, so we cannot say whether being obese has changed the structure of these children’s brain or whether innate differences in their brains lead them to become obese.”

The NIH ABCD Study will follow these children as they grow older and Dr Ronan hopes this will enable them to see whether structural differences in the brain change over time and exactly how they relate to obesity. In particular, it may help them understand whether managing a child’s weight will make a difference to their executive function.

When the team used waist circumference and waist-to-height ratio as a measure of obesity, they found that these, too, were associated with reduced executive function, but the link between cortical thickness was more complicated, with some regions showed reduced thickness while others showed increased thickness.

“This unique and openly available dataset has allowed us to examine the relationships between brain structure, cognitive functions and body weight,” adds Professor Paul Fletcher, also at Cambridge’s Department of Psychiatry. “The links that we observed suggest that there are very real structural brain and cognitive differences in children who are obese. The findings contribute a small part towards our growing understanding of the causes and consequences of obesity in children.”

The research was supported by the Bernard Wolfe Health Neuroscience Fund and Wellcome. 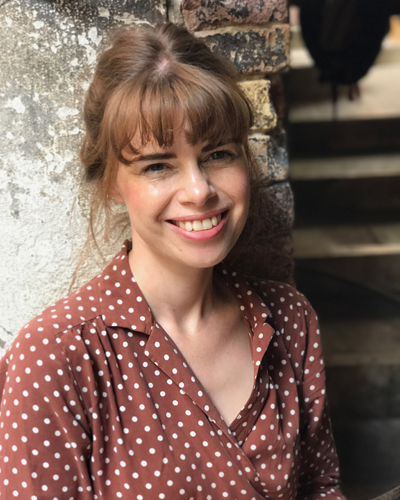 Dr Lisa Ronan, a Senior Research Associate and Bernard Wolfe Research Fellow at the Department of Psychiatry, wants to understand the relationship between obesity and the brain.

In adults, being overweight or obese has been linked to an increased future risk of developing Alzheimer’s disease or dementia, while in children, increases in body mass index (BMI) are linked to changes in executive function. By understanding the causal relationship between obesity and brain health, Lisa hopes to help identify the mechanism which underpins this association.

Although Lisa began her career with a degree in Experimental Physics, she moved into a Masters degree in Medical Physics and from there too an interest in neuroimaging, which she says she immediately loved.

“I worked as a research assistant in a hospital, analysing patient MRI images and eventually completed my PhD, which focused on identifying brain differences in certain types of epilepsy.”

Day-to-day, her work is spent writing and running code to analyze data. “The big moments when you press a button and a result pops up are rare. Mostly its just figuring things out, but this is actually the fun bit.”

Lisa says that when she started working in neuroimaging, datasets featured “tens of subjects using fairly intuitive methods”. These days, datasets include tens of thousands of subjects, and ever more complex and sensitive parameters.

“Research works best when done in collaboration, and I am very privileged to have always had terrific colleagues to discuss ideas with, and ask questions of,” she says. “In our department, we are particularly fortunate to attract individuals from many different backgrounds and with different specialties, including medicine, computer science, genetics and physics. This diversity not only enables you to answer a question more quickly than you might otherwise have been able to, but it deepens our understanding and scope of our research.”