The University of Cambridge will host one of just three genetic research hubs created by the Medical Research Council (MRC) to provide scientists access to cutting-edge resources for DNA sequencing.

Inviting regional applications has generated innovative partnerships between academic institutions, as well as engagement with industry, the NHS and Regional Genetics Services. This initiative will engender innovative ways of working and enable new and exciting discoveries.

The MRC is investing over £7 million into supporting fundamental genetics research by creating three high-throughput sequencing (HTS) hubs in Scotland, the North of England and the East of England, giving every gene scientist across the UK access to cutting-edge equipment for DNA sequencing.

Cambridge is one of three 'hub' universities which have been given sufficient funds to purchase high-throughput sequencing machines that will enable the UK to retain its world-leading standing in DNA research. The hubs will also provide MRC-funded technical support and bioinformatics expertise that will allow academics to make the most of the equipment and expand the potential of these resources.

The East of England hub will be hosted by the University at the Cambridge Biomedical Campus, Addenbrooke's Hospital. It will be part of a collaboration with the European Molecular Biology Laboratory's European Bioinformatics Institute, the Babraham Institute, the NIHR Cambridge Biomedical Research Centre, and the next-generation sequencing technology companies 454 Life Sciences, a Roche company and Applied Biosystems, a division of Life Technologies Corporation.

Cambridge University has a long and productive history in both the development and application of DNA sequencing technologies. The creation of the Eastern Sequencing and Informatics Hub, as it will be called, will enable researchers working in the region to utilise crucial 21st-century research technology in their studies.

In collaboration with the nearby European Bioinformatics Institute, an international centre for bioinformatics resources and data, including sequence data analysis, the Hub will provide researchers with access to all the tools required to analyse complicated datasets. It will have a focus on applying HTS to medical diagnostic uses, in particular in transplantation and cord blood stem cells, prenatal diagnosis, and re-sequencing of disease genes.

Professor John Todd, from the University of Cambridge and one of the three hubs' Principal Investigators, said: "The development of even faster and less expensive ways of decoding genetic material and information, so called high throughput sequencing, is transforming our understanding of how organisms work, from bacteria to humans, and how certain diseases are strongly inherited. Only a few years ago, it took an international consortium many years of effort to produce a first draft of the human genome sequence, but now it will be possible for the proposed hub in Cambridge, the Eastern Sequence and Informatics Hub (EASIH), to re-sequence 100 human genomes in a year."

John Jeans, MRC Chief Operating Officer, said: "Though the fundamental science behind DNA sequencing has remained largely the same since Sanger's original work at the MRC Laboratory of Molecular Biology in the 1970s, the technology of DNA sequencing is revolutionising the field. This investment is key to retaining and enhancing the UK's competitiveness. It makes plain our commitment to supporting high quality basic research and exemplifies the responsiveness of MRC strategic investment to the needs of the research community."

John Jeans added: "Inviting regional applications has generated innovative partnerships between academic institutions, as well as engagement with industry, the NHS and Regional Genetics Services. This initiative will engender innovative ways of working and enable new and exciting discoveries. We hope the hubs will allow scientists to ask increasingly precise questions about diseases, and gather answers that were undreamt of only a decade ago."

The MRC's £7 million investment was made by its Strategy Board in response to increasing numbers of grant applications requiring high-throughput sequencing. Having consulted widely with scientists, the Board called for proposals for regional hubs as this best met the needs of scientists and ensured the most optimal use of MRC funds across the genetics research community. 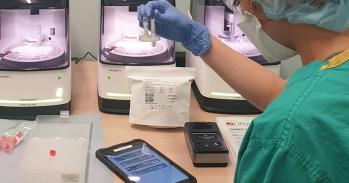 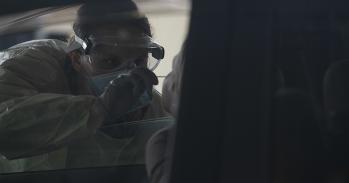 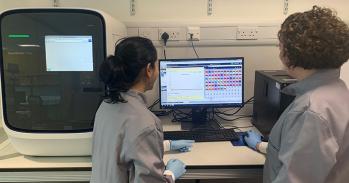