The Cambridge Programme for Industry has announced that fourteen senior executives of some of the UK’s leading businesses have approached the Prime Minister offering their support in taking bold steps to prevent climate change.

The Cambridge Programme for Industry has announced that fourteen senior executives of some of the UK’s leading businesses have approached the Prime Minister offering their support in taking bold steps to prevent climate change.

In their open letter to the Prime Minister, the Corporate Leaders Group on Climate Change (CLG) urged the UK Government to start encouraging the investments in low carbon technology and take on challenging targets in negotiations with the EU Emissions Trading Scheme (ETS).

When meeting the Prime Minister this week, the CLG argued that the only way to show real leadership internationally and to convince rapidly developing countries such as China and India that the UK and its EU partners are serious about tackling climate change is to take ambitious domestic policy action.

The CLG is stressing that the EU Emissions Trading Scheme should be the key to the UK's climate change strategy and EU governments should set clear targets for the ETS out to 2025 so that our businesses and others can have the confidence to make long-term investments in reducing emissions.

The Group will also highlight that introducing new policies to drive the development of new markets for low carbon technologies could provide significant economic opportunities for British business and give them a first-mover advantage in the new global markets. The Group mentions carbon financing, hydrogen storage and tidal and wave electricity generation as some of the technologies and services that could make the UK a world leader.

The Corporate Leaders Group is convened by the University of Cambridge Programme for Industry on behalf of HRH the Prince of Wales's Business & Environment Programme (BEP).

His Royal Highness strongly supports the work that the group is doing. His Royal Highness says, "This second letter by the Corporate Leaders Group on Climate Change proves that many of the most distinguished business leaders in the United Kingdom believe that taking serious action to tackle climate change makes long-term business sense. Crucially, they are willing to work with the British Government and within the European Union to find a way forward. I congratulate them for showing such genuine leadership - the real question now is whether all of us can work together to deliver what is required quickly enough."

Cambridge experts on the UK drought and climate change 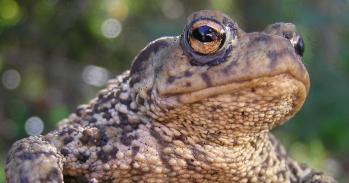