Bringing Berber empires into focus as contributors to Islamic culture

The Almoravid and Almohad empires flourished in the western Mediterranean of the 11th and 12th centuries. Despite controlling vast tracts of land, these Berber dynasties are little known in the English-speaking world. In her latest book, Dr Amira Bennison looks at the rise and fall of Berber empires that made a lasting contribution to the history of Islamic culture.

A succession of powerful dynasties sprang from tribal societies who made their living from farming and herding. These empires forged their own interpretations of Islam and made their own individual marks on its history.

Towards the end of the 12th century, a Berber prince called Ya‘qub al-Mansur ordered a hospital to be built in the city of Marrakesh. The building has not survived but a description of it lives on. According to a contemporary report, al-Mansur “chose the best spot and ordered the builders to do their finest work including carving and decoration. He ordered perfumed and fruit-bearing trees to be planted within and installed flowing water to all the rooms in addition to four pools at the centre, one made of white marble. He then ordered rich furnishings of wool, cotton, silk and skins”.

Al-Mansur was a powerful caliph – a Muslim leader during the Almohad empire when the second of several Berber dynasties presided over a vast tract of land stretching across southern Spain (al-Andalus) and north Africa (the Maghrib). His splendid hospital with its sparkling water and refreshing greenery may have been inspired by simmering rivalry between the Almohads and the Ayyubid dynasty who had founded an impressive hospital in Cairo – an institution described by a returning pilgrim as “a palace, goodly for its beauty and spaciousness”.

In her latest book, The Almoravid and Almohad Empires, Dr Amira Bennison (Faculty of Asian and Middle Studies) gives a vivid account of two centuries of Berber history (1050-1250) in which dynasties shaped by the tough life of mountain and desert emerged to create their own distinctive identities. The first of its kind in English, her narrative takes the reader deep into a medieval Islamic world often regarded as ‘parochial’ in its cultural output and ‘ephemeral’ in its positioning many miles from the Islamic powerhouses of the Middle East.

Arabic literature portrays the Berbers as rebellious and awkward. The word Berber originates from ‘barbarian’, a term used for a people who fiercely resisted domination from the outside. But, as so often happens, resistance was coupled with assimilation. The Arabic forces moving eastwards across North Africa to bring Islam to the ‘barbarians’ became progressively more Berber in character. A succession of powerful dynasties sprang from tribal societies who made their living from farming and herding. These empires forged their own interpretations of Islam and made their own individual marks on the history of Islam in the western Mediterranean. 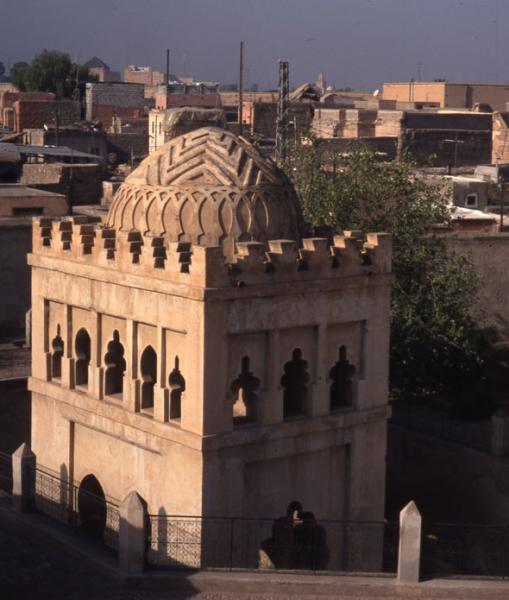 The Almoravids and their successors the Almohads controlled vast tracts of land together with a network of settled and nomadic communities speaking dozens of languages. The Almoravids laid claim first to the western Maghrib (present day Morocco) and then crossed the Straits of Gibraltar into Spain where they took al-Andalus, a chunk of southern Spain which had been under Islamic rule for several centuries already. Under the Almohads, this empire extended its reach eastwards into what is now modern Tunisia. The late 12th and early 13th centuries saw a Berber empire of unprecedented ambition and scale.

The jewels in the crowns of these empires were the cities of southern Spain (Cordoba, Granada and Seville) and Morocco (Marrakesh, Fes, Rabat) where successive caliphs sought to improve the urban environment for their subjects and to make an enduring impression on centres of political and religious power. The Berber elite became important patrons of engineers, artists and craftsmen and, in doing so, promoted the development of trade and technology across the region – and stimulated architectural masterpieces that continue to impress.

In Seville, the Torre del Oro (Tower of Gold) on the Guadalquivir River was built by the Almohads as part of a system designed to protect the city. Constructed from ashlar (dressed stone) and mortar, the 12-sided building was originally faced in gleaming limewash – which may be a clue to its name. A chain connecting the Torre del Oro to a second tower across the river could be drawn to deny access to the port. In Cordoba, the quadrangular Calahorra tower is also thought to be an Almohad structure designed to deter, defend and endure.

In Marrakesh, it was an Almohad caliph who built the famous Kutubiyya mosque, doubling the size of an earlier building and reconfiguring its layout. Inside its square minaret, soaring 77 m into the air, was a ramp said to allow the muezzin to ride a mule up to the 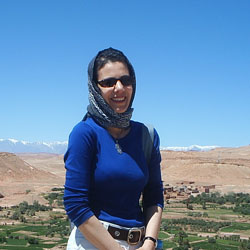 top to make the call to prayer.  The tower incorporates the multi-lobed horseshoe arches that are one of the most striking features of the architecture of al-Andalus. But elements of the mosque, including its massive prayer hall and offset minaret, are uniquely Almohad in character – as was the incorporation of mechanical devices to reveal an elaborate pulpit and wooden screen for the weekly Friday prayer.

Empires rise and fall. In the 1220s, the Almohads began to lose their grip on the reins of power. By 1250, they had lost much of their territories to smaller Islamic monarchies and sultanates but in the previous two centuries the Almoravids and Almohads had established impressive administrative and judicial systems. The two dynasties had contributed to the Islamisation of a huge sweep of north-west Africa – and had brought the Berbers into what Bennison describes as the “fractious family of great Islamic peoples”.

Bennison’s motivation in writing her latest book is to place the Berbers alongside the Arabs, Persians and Turks as major contributors to the story of Islamic civilisation. In researching subject matter which ranges from the nature of tribal affiliations to the position of women, she has immersed herself in the lived experience of an era that is often tantalisingly difficult to capture. Her scholarship, not just in the history and languages of the Maghrib but also in its cultural expression, enables her to offer a glimpse of the flavours and textures of a colourful world often overlooked.

The Almoravid and Almohad Empires by Amira Bennison is published by Edinburgh History of the Islamic Empires.

The Almoravid and Almohad Empires benefits from dozens of translations (from originals in Arabic) taken from historic sources.  Together they bring the era alive. An account of the city of Fes lists a staggering array of buildings and businesses: “There were 782 mosques, 42 ablution buildings, 80 water fountains, 93 baths, 472 water mills, 89,236 residential homes, 17,041 apartments, 469 funduqs, 9,280 shops, two state-controlled covered markets … 3,094 textile workshops, 47 soap-making workshops, 86 tanneries, 116 dyers, 12 iron and copper smelting workshops, 11 glass-making workshops, 135 limekilns, 1,170 bread ovens, and 400 stones for making paper, all in the city.”

Town and country were closely interconnected as were the settled and nomadic communities. Fertile plains supplied the foodstuffs needed to fill the markets that stretched from the Sahara to southern Spain. The town of Gafsa (in present day Tunisia) is described as having extensive orchards bursting with “many date palms and olive trees and other superior fruits such as apples with a fine aroma, pomegranates, citron medicus (utruj), bananas, dates including a type called al-kasbā … and more pistachios than anywhere else which are conveyed all over Ifriqiya, the Maghrib, al-Andalus and Egypt.”

Trade routes across land and sea brought access to luxury goods of all kinds.  Details of a gift from an Almoravid amir (prince) to his cousin and senior amir make a bold statement about opulence and ownership: “25,000 dīnārs in gold coin … 70 horses of which 25 had gold-decorated bridles, 70 swords of which 20 were decorated with gold and 50 undecorated, 20 sets of spurs embellished with gold, 150 excellent male and female mules, 100 bleached (maqṣūra) turbans, … 100 cloaks, 200 hooded outer robes (burnūs)… 1,000 lengths [of cloth] the colour of pomegranate seeds … 200 linen shawls of different colours and types, 252 tailored gowns (jubba) from fine woollen cloth,70 hooded capes of fine woollen cloth, 7 large flags including one embroidered banner, 20 virgin slave girls, 151 eunuchs/servants, and too much cattle, livestock, wheat and barley to mention.”