Benefits by the barrel

Countries rich in oil have long been associated with the "resource-curse paradox" - a principle which states they will suffer, rather than benefit, in the long run. Not so, new research by a Cambridge Gates scholar suggests.

We hope that policy-makers will use this research to put more emphasis on better management of resource income volatility.

Being an oil-rich country is not a curse, but the volatility of oil income can prevent a country from capitalising on its assets, according to a new series of studies by economists including Gates alumnus Kamiar Mohaddes [2005].

The study, Does oil abundance harm growth?, published in the journal Applied Economics Letters, argues that previous assumptions that oil abundance is a curse were based on methodologies which failed to take into account cross-country differences and dependencies arising from global shocks, such as changes in technology and the price of oil.

Kamiar says: “The idea that oil and resource abundant countries are cursed, the so-called ‘resource curse paradox’, has been around for some time and is based largely on the experiences of countries in Africa and the Middle East. But if you have a certain level of income and suddenly you discover billions of dollars worth of oil that will last you for decades, why should you be made worse off?”

The researchers studied data from the World Bank over the period 1980 to 2006 for 53 countries, covering 85% of world GDP and 81% of world proven oil reserves. They found that oil abundance positively affected both short-term growth and long-term income levels.

The researchers from the University of Cambridge's Faculty of Economics also have a grant from the Economic Research Forum (ERF) to investigate the impact of commodity price volatility on economic growth. Using data on 118 countries over the period 1970-2007, they discovered that it is the volatility in commodity prices, rather than abundance per se, that drives the resource curse paradox. These results are to be published as an ERF working paper entitled Commodity price volatility and the sources of growth.

The research suggests the importance of diversifying exports away from a handful of primary commodities to technology intense goods. It also suggests that resource abundant countries could manage the volatility better by investing oil revenues in sovereign wealth funds to use at a later date.

“This volatility channel of impact has been overlooked in the literature despite the fact that countries specialising in the export of just a few primary products are usually exposed to substantial commodity price uncertainty and macroeconomic instability,” says Kamiar. “What we hope is that policymakers will use this research to put more emphasis on better management of resource income volatility to create a more stable macroeconomic framework.”

Kamiar's PhD in Economics was funded by a Gates scholarship. 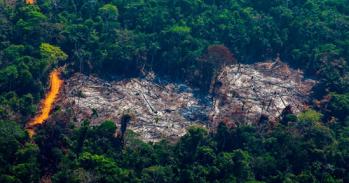 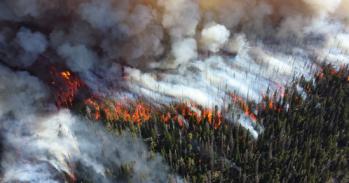 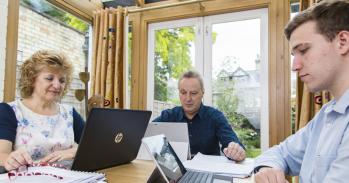 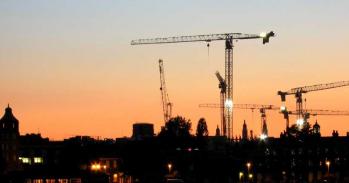 How to tend an economic bonfire