The UK’s alternative finance market – which includes crowdfunding, peer-to-peer lending and invoice trading – is set to reach nearly £2 billion by the end of the year, and is expected to double in 2015, as businesses increasingly seek more efficient ways to raise funding.

By connecting people directly and offering more efficient, diverse and transparent ways to invest or raise funds, alternative finance is increasingly becoming a viable source of capital for individuals and businesses alike

A total of £1.74 billion will have been raised through alternative finance intermediaries – including crowdfunding, peer-to-peer lending and invoice trading – by the end of 2014, according to new research published today by the University of Cambridge and Nesta, the UK’s innovation foundation.

Alternative finance covers a variety of new financing models which connect people seeking funds directly with funders, often through online platforms. The majority of these providers have been founded in the last five years. Regulation of parts of the industry was introduced by the Financial Conduct Authority (FCA) in April this year, and in October the Treasury launched a consultation on a proposal for an ISA for peer-to-peer lending.

In the first three quarters of 2014, alternative finance platforms facilitated loans, investments and donations worth £1.2 billion, with the amount predicted to reach £1.74 billion by the end of the year. The researchers predict the amount will reach £4.4 billion in 2015.

By the end of the year it is expected that the UK alternative finance market will have provided more than £1 billion in business finance to over 7,000 small and medium enterprises in the UK, the equivalent to 2.4 per cent of all bank lending to SMEs. In the last quarter, bank lending to small and medium-sized enterprises was down by £400 million, according to the Bank of England’s latest Trends in Lending report.

44 per cent of SMEs surveyed were familiar with at least one type of alternative finance, but just nine per cent had approached an alternative platform for finance.

“2014 has been a phenomenal year for the industry and this record-breaking growth is set to continue into the next year and beyond,” said Bryan Zhang of the Department of Geography, one of the report’s co-authors. “By connecting people directly and offering more efficient, diverse and transparent ways to invest or raise funds, alternative finance is increasingly becoming a viable source of capital for individuals and businesses alike. Although there are challenges ahead, the future looks very promising for alternative finance.”

Liam Collins, another co-author on the report, said: “These findings shed light on a growing movement that is revolutionising banking, investing and giving by using technology to simplify the links between those who want to invest money and those who need it. With bank lending to SMEs down again this quarter, it’s no wonder that alternative finance is fast becoming an important source of funding for individuals, businesses and organisations who struggle to access finance elsewhere.

“The UK is leading the way globally, and with significant potential for the market to expand it won’t be long before we see alternative finance moving into the mainstream.”

“The UK alternative finance market is burgeoning and we need to develop a more nuanced understanding of its structural drivers, intrinsic characteristics, dynamics and diversity, challenges and opportunities,” said Dr Mia Gray of the Department of Geography. “This report is an important first step to promote empirical research in this increasingly significant area of our economy.”

The report is the result of a collaboration between Nesta and the University of Cambridge, with support from PwC and ACCA. 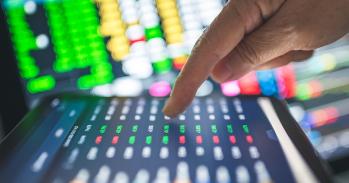 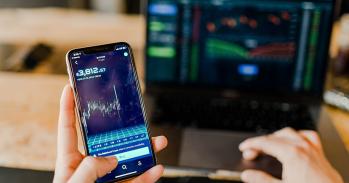