A shaggy dog story: The contagious cancer that conquered the world

A contagious form of cancer that can spread between dogs during mating has highlighted the extent to which dogs accompanied human travellers throughout our seafaring history. But the tumours also provide surprising insights into how cancers evolve by ‘stealing’ DNA from their host.

It is remarkable that this unusual and long-lived cancer can teach us so much about the history of dogs, and also about the genetic and evolutionary processes that underlie cancer more generally

‘Canine transmissible venereal tumour’ (CTVT) is a cancer that spreads between dogs through the transfer of living cancer cells, primarily during mating. The disease usually manifests as genital tumours in both male and female domestic dogs. The cancer first arose approximately 11,000 years ago from the cells of one individual dog; remarkably, it survived beyond the death of this original dog by spreading to new dogs. The cancer is now found in dog populations worldwide, and is the oldest and most prolific cancer lineage known in nature.

In a study published today in the journal eLife, an international team led by researchers at the University of Cambridge studied the DNA of mitochondria – the ‘batteries’ that provide cells with their energy – in 449 CTVT tumours from dogs in 39 countries across six continents. Previous research has shown that at occasional points in history, mitochondrial DNA has transferred from infected dogs to their tumours – and hence to tumour cells in subsequently-infected dogs.

In the new study, the researchers show that this process of swapping mitochondrial DNA has occurred at least five times since the original cancer arose. This discovery has allowed them to create an evolutionary ‘family tree’, showing how the tumours are related to each other. In addition, the unusual juxtaposition of different types of mitochondrial DNA within the same cell unexpectedly revealed that cancer cells can shuffle or ‘recombine’ DNA from different mitochondria.

“At five distinct time-points in its history, the cancer has ‘stolen’ mitochondrial DNA from its host, perhaps to help the tumour survive,” explains Andrea Strakova, from the Department of Veterinary Medicine at the University of Cambridge, co-first author of the study. “This provides us with a set of unique genetic tags to trace how dogs have travelled the globe over the last few hundred years.”

In the evolutionary ‘family tree’, the five main branches are known as ‘clades’, each representing a point in history when mitochondria transferred between dog and tumour. By mapping tumours within these clades to the geographical location where they were found, the researchers were able to see how the cancers have spread across the globe. The distance and speed with which the clades have spread suggests that the dogs commonly travelled with human companions, often by sea.

One branch of the CTVT evolutionary tree appears to have spread from Russia or China around 1,000 years ago, but probably only came to the Americas within the last 500 years, suggesting that it was taken there by European colonialists. Conquistadors are known to have travelled with dogs – contemporary artworks have portrayed them both as attack dogs and as a source of food. 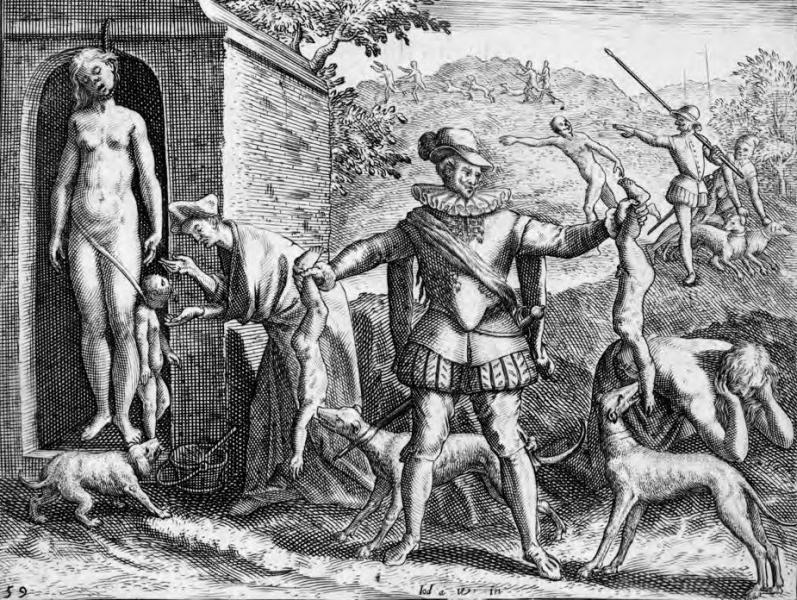 The disease probably arrived in Australia around the turn of the twentieth century, most likely imported inadvertently by dogs accompanying European settlers.

One of the most surprising findings from the study related to how mitochondrial DNA transfers – and mixes – between the tumour and the host. The researchers found that mitochondrial DNA molecules from host cells that have migrated into tumour cells occasionally fuse with the tumour’s own  mitochondrial DNA, sharing host and tumour DNA in a process known as ‘recombination’. This is the first time this process has been observed in cancers.

Although the significance of mitochondrial DNA recombination in cancer is not yet known, its discovery is now leading scientists to explore how this process may help cancer cells to survive – and if blocking it may stop cancer cells from growing.

Dr Elizabeth Murchison, senior author of the study, said: “The genetic changes in CTVT have allowed us to reconstruct the global journeys taken by this cancer over two thousand years. It is remarkable that this unusual and long-lived cancer can teach us so much about the history of dogs, and also about the genetic and evolutionary processes that underlie cancer more generally.”

The research was funded by the Wellcome Trust, the Leverhulme Trust and the Royal Society. 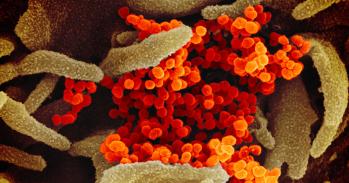